Before you tune in to our LIVE 400th episode this Sunday, watch these excellent movies available for streaming! 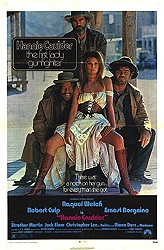 Hannie Caulder (1972, dir. Burt Kennedy) I had never seen this until I reviewed the Blu-ray for the site late last year, when it became one of my favorite film discoveries of 2016. Raquel Welch plays a woman who's left for dead after her husband is murdered, so she teams up with a gunfighter (played by Robert Culp, who is incredible here) to get revenge on the men responsible. If you can get past some of the period ugliness, Hannie Caulder is a great movie. I'm so glad it's available to stream and that more people will be able to discover it for themselves. (Watch on Amazon Prime Video) 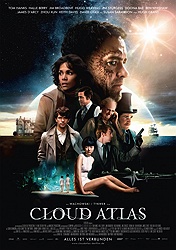 Cloud Atlas (2012, dir. Lily Wachowski, Lana Wachowski, Tom Tykwer) I know this movie isn't everyone's bag. It's long and could be seen as pretentious. I get it. But it's one of my favorite movies of the 2000s and the subject of a podcast of which I'm very proud (thank you, Jan!). It's ambitious and sincere in a way that few films of this scale and budget rarely are, with themes and messages that deserve to be heard now more than ever. This movie is a miracle, and while I don't ask that you love it, I ask that you do give it a chance. (Watch on Netflix) 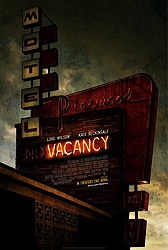 Vacancy (2007, dir. Nimród Antal) There were a couple of years where I was really excited about Hungarian filmmaker Nimród Antal, who showed such promise as a director of low-to-mid-budget genre fare like Armored, Predators and this film, which casts Luke Wilson and Kate Beckinsale as a couple who stay in a motel and discover some messed up shit going on. Frank Whaley gives good creep and Antal really leans into the material, crafting a tight little thriller that's happy to be exactly what it is. Believe it or not, this kind of film has become more and more rare. (Watch on Crackle) 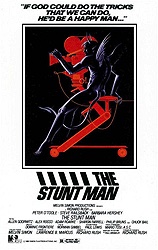 The Stunt Man (1980, dir. Richard Rush) One of my favorite movies about movies is now part of a Peter O'Toole series streaming on Filmstruck. Steven Railsback plays a criminal who more or less wanders onto the set of a film being directed by charismatic, possibly crazy Svengali O'Toole, who manipulates him into working as a stunt man. Barbara Hershey has a great turn as the actress who forms a relationship with Railsback. The movie is eccentric and totally unpredictable, unlike pretty much anything I've seen before or since. In addition to being weird and totally entertaining (with one of my favorite Peter O'Toole performances), it's a terrific commentary on the blurring of fantasy and reality that makes movies so magical. The beauty of The Stunt Man is that it never tells us which is which. (Watch on Filmstruck) 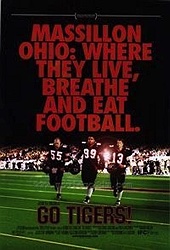 Go Tigers! (2001, dir. Kenneth Carlson) My wife and I were just talking about this movie as we drove through Ohio last week. It's a documentary about a town obsessed with football, opening with a newborn baby being gifted a football while still in his crib. I'm not someone who understands this kind of devotion to sports, but I do understand obsession -- it's why I do what I do and what brings all of us here to talk movies every day. I'm a sucker for a documentary that can bring me so deeply inside a subculture. This is one what Erika and I still regularly reference. (Watch on Hulu)
Posted by Patrick Bromley at 5:00 AM