"Watch these movies before the liberals take them all down!" - James Woods 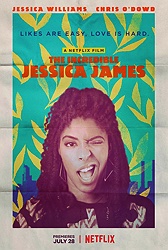 The Incredible Jessica James (2017, dir. Jim Strouse) This one made the festival rounds earlier this year (including the Chicago Critics Film Festival, which has provided me a lot of these recommendations over the years) before landing at Netflix. As a movie and as a romantic comedy, it's pretty good; as a starring vehicle for former Daily Show correspondent Jessica Williams, it's great. She is so good at playing a very difficult character -- one we shouldn't like but do -- and her chemistry with co-star Chris O'Dowd (who, between this movie and Bridesmaids, has become a terrific romcom lead) is sweet and believable. The film is basically just a character study, but that's ok because it presents us with a great character. (Watch on Netflix) 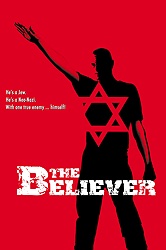 The Believer (2001, dir. Henry Bean) No reason. Just seems like the timing is right. (Watch on Amazon Prime Video) 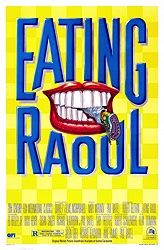 Eating Raoul (1982, dir. Paul Bartel) The great Paul Bartel and Mary Woronov team up again for this pitch black comedy about an uptight couple (literally named the Blands) who get into swinging as a means to murder and financial reward. Things get even weirder and darker from there. A cult movie in the truest sense of the word, Eating Raoul is dated in some of the attitudes it's tearing down but still very, very funny. I could watch Bartel and Woronov bounce off one another all day. It makes me so happy that this movie is part of the Criterion Collection. (Watch on Filmstruck) 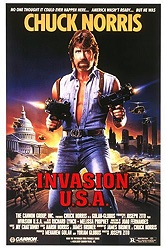 Invasion U.S.A. (1985, dir. Joseph Zito) As the country is in the midst of confronting fascism head on, let's go back to a time when our action movies were more than a little fascist. I have argued for this movie as a secret slasher in the past, and while it's not my favorite Chuck Norris movie, I think it's the one I return to the most. There's just something about the mix of Cannon Films and violent trash that I can't resist. (Watch on Hulu) 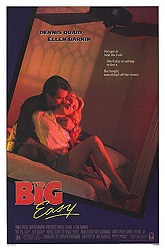 The Big Easy (1987, dir. Jim McBride) This movie got a couple of mentions on our 400th podcast this week, mostly because Adam Riske and I went down a Cajun Dennis Quaid rabbit hole, but this movie is legit awesome. It's the best movie by the super underrated Jim McBride and the sort of mid-budget drama made for adults that has disappeared from the Hollywood landscape. Neither Quaid nor co-star Ellen Barkin have ever been hotter, which is saying something because OMG Ellen Barkin. Bummer that this still doesn't have a Blu-ray release. (Watch free with ads on Vudu)
Posted by Patrick Bromley at 5:00 AM