The summer movie season is winding down. Time to stay home and stream these picks. 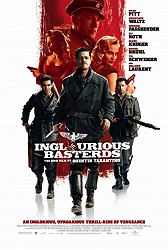 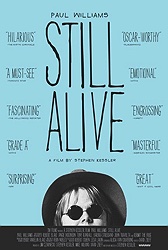 Paul Williams Still Alive (2012, dir. Stephen Kessler) Yes, my love of Paul Williams is born out of his participation in Phantom of the Paradise, one of my favorite movies ever made. But I have loved his music my whole life, sometimes without even knowing it (my favorite song as a kid was "The Rainbow Connection," which was why it was the song my mom and I danced to at my wedding). This documentary is so good at looking back on his incredible life and career, and only missteps (as JB has pointed out) when director Stephen Kessler inserts himself too much into the story. (Watch on Amazon Prime Video) 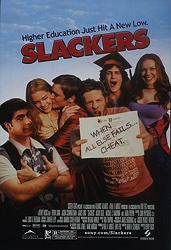 Slackers (2002, dir. Dewey Nicks) On this week's podcast, Adam Riske and I talk about comedies that ought to be terrible but get away with being subversive and interesting because no one was paying attention. Slackers is one of those comedies. It's a relic of the early 2000s, when Devon Sawa was a person and Jason Segel was just a supporting actor and Jamie King was still James King. There's a lot of stupid shit in this movie, but there's a lot of great stuff, too, and jokes that are weird and wonderful. There's some legit emotional stuff, too, and it's directed well by a person named Dewey Nicks. (Watch on Crackle) 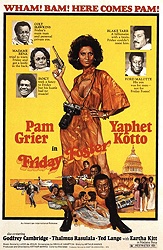 Friday Foster (1975, dir. Arthur Marks) This is a movie I've warmed to the last few times I've seen it. I originally resisted it because it lacked the grittiness of Pam Grier's other big '70s movies (like Coffy and Foxy Brown), but now that's what I love most about it. It has the feel of a comic strip but with an exploitation edge and the cast is completely incredible. This one is really fun. (Watch on Brown Sugar) 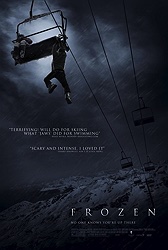 Frozen (2010, dir. Adam Green) Adam Green made big news this week (well, big news to me) when he surprised an L.A. audience out to see a 10th anniversary of Hatchet by revealing that he was showing them Victor Crowley, a new movie he had shot totally in secret. I remain an Adam Green fan and a Hatchet fan, so I'm excited. Now seems as good a time as any to revisit what is still his best movie. (Watch on Shudder)