Mark and Adam Discuss BIRTH OF A DRAGON 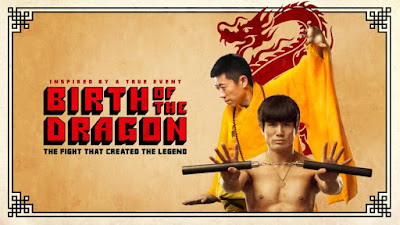 “The best WWE Studios movie.” Quote us on the Blu-ray.

Adam: Birth of the Dragon is amazing. It’s like if you took Dances with Wolves, Dragon: The Bruce Lee Story and Tango & Cash and merged them all into one movie. One of the greatest gifts that cinema has given me in 2017 is being unable to know what is and isn’t good anymore. Birth of the Dragon is probably not a “good” movie but damn if I didn’t have a great time watching it.

Mark: I love this idea that the line of good/bad has been blurred, because earlier in the year, we were definitely on a string of seeing bad movies together (e.g. Ghost in the Shell, Free Fire), which, even worse than being just bad, weren’t fun. Birth of a Dragon was trying to be fun, and I think that’s where it eventually won me over.

Before we get too far into it, we should mention the plot. A young, pre-Green Hornet Bruce Lee (Philip Ng) is teaching kung fu in San Francisco when the arrival of a Shaolin monk, Wong Jack Man (Xia Yu), challenges his authority. Lee is hungry for success and his ambition to make kung fu known around the world goes against Wong’s desire to protect the integrity of kung fu; he doesn’t like Lee’s nakedly brash self-centeredness. 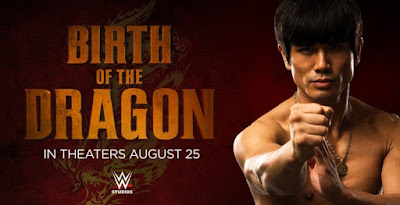 Adam: But just like a classic Universal Monsters movie where you come for a Frankenstein/Wolf Man mash-up, we’re treated to a young lovers subplot in the form of one of Bruce Lee’s white students, Steve McKee (Billy Magnussen, who also has a supporting role in Ingrid Goes West, making my weekend into a B-Mags Film Festival) who falls for Xiulan (Jingjing Qu), a young woman under the thumb of Chinatown gangster Auntie Blossom (Jin Xing). You and I both laughed at how retro Birth of the Dragon is in this regard. I read on the IMDB trivia that this subplot was actually more prominent in the test audience cut and the movie had to be extensively re-edited to include more Bruce Lee after that audience hated the original version. This is amazing to me, because this movie has A LOT of Steve McKee (named after Bruce Lee student, iconic actor Steve McQueen). I was fine with it (even though it was strange that Bruce Lee was a supporting character in what is essentially a Bruce Lee movie not starring Bruce Lee) because it’s so corny. I love corny. Was there a specific scene where you started to be won over by Birth of the Dragon, the mallest mall movie ever made?

Mark: The first thing I liked was Wong Jack Man. The movie takes the time to develop his motivation, and so our feeling for him, whether negative or positive, comes from an organic narrative place (Bruce Lee’s motivation, strangely enough, gets glossed over). I liked the character's dignity, which elevates him above being just a simple antagonist for Bruce Lee to defeat. The middle of the movie sags (we'll get to Steve McKee later), but I got won over right at the end of the Lee/Wong challenge match, when the movie tried to reach for something larger than just two opposing fighting styles. Can you talk about the moment later on in the movie that we both loved? 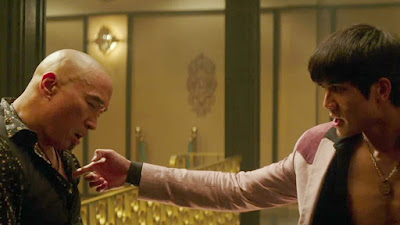 Adam: (Mild spoilers ahead, if this movie can be spoiled) The movie becomes a buddy action film in its finale, with Bruce Lee and Wong Jack Man taking on Auntie Blossom and her thugs. As it was happening, I laughed out loud a handful of times because it is so ridiculous that it becomes sublime with Bruce Lee kicking ass while showboating and Wong Jack Man kicking ass in a more pacifist style. There’s a moment where Bruce Lee takes out a bad guy and Wong Jack Man just stands over him and wags his finger at the guy like he’s Dikembe Mutombo. I feel conflicted in a way liking this movie so much because it is possibly disrespectful to Bruce Lee’s legacy, though we saw during the end credits (entertainingly set to Bruce Lee warming up to “Hold On I’m Coming” by Sam & Dave) that Wong Jack Man was involved in the production of the film, so I guess that’s enough blessing to temper my guilt. As the site expert on kung fu, how would you rate Corey Yuen’s action choreography? Was it just me, or did you think Steve was going to be like the eighth lead of this movie at the beginning before eventually going “Wait a minute. He’s the star???” I was having a great time with it after a while because Billy Magnussen (great name) basically plays Steve like an early Bradley Cooper performance. This guy’s fun. I like him. He’s limitless. I’m going to watch this movie annually for the rest of my life. 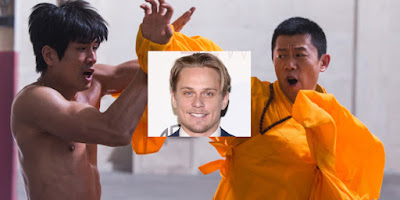 Mark: I think the movie would be a great choice for a Bruce-sploitation Day, if we had one. Cory Yuen usually does competent action work, although nothing overly memorable here. There’s not a ton of cuts on punches, which is my pet peeve in terms of action editing, and you can usually see the actors in frame, which means more realistic movement rather than wirework. Xia Yu as Master Wong is a better martial artist than Philip Ng, but Ng is a better actor. One nitpick I have is that Ng doesn’t really match the same physicality as Bruce Lee (Ng is a little too bulky), but Lee’s physicality is so unique that it might be impossible to match it. People forget that Bruce Lee was a small, slender guy, though incredibly strong.

As for Steve McKee, he was not the silver lining in this movie, despite his Bradley Cooper imitation. I don’t have a problem with a white character learning kung fu, since that’s what Bruce Lee was actually doing in real life, but for it to not seem like cultural fetishization, we need some more information about why Steve wants to learn martial arts, or else his dogged following of Asian sifus and pursuit of an Asian girlfriend feels too weird. That might be expecting too much from a low-stakes, B-level action movie; to the movie’s credit, Master Wong and Bruce Lee are the appropriate drivers of the action, while Steve plays the audience surrogate. But, I feel like forgiving everything by the end when both masters decide to reconcile their differences and then WIPE OUT CRIME IN CHINATOWN. I love it.

Adam: It’s a perfect movie.
Posted by Patrick Bromley at 5:00 AM