Off the Shelf: RONIN (Blu-ray) 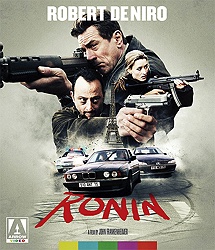 I slept on John Frankenheimer's terrific Ronin when it was released into theaters in 1998, not catching up with it until I got it for free on DVD as part of a "buy three, get one" special some store was running on MGM discs. Finding nothing else I wanted to own, I picked the movie up blind and watched it a few weeks later and realized I had made a mistake not seeing it sooner. Ronin is a reminder of what talented professionals are capable of doing both on screen and off.

Robert De Niro plays Sam, former special ops and now gun for hire brought in on a job alongside Jean Reno, Sean Bean, Stellan Skarsgård, and Natascha McElhone to steal a heavily-guarded briefcase, the contents of which are not explained and do not matter. That's about as much plot as needs to be explained for Ronin, a film that's much more dependent on movement than it is on story. Between Frankenheimer's penchant for exploring character through action and co-writer David Mamet's (writing here under the name Richard Weisz) tendencies towards minimalism, Ronin is an exercise in pure craft: clearly-defined characters, smart dialogue, good performances, expert direction. Everyone does his or her job well. If you think that sort of thing is commonplace, watch Ronin again and see what we are so often missing in movies these days. 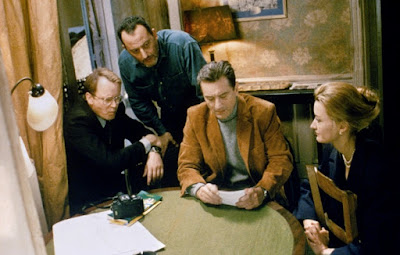 Though best known these days for having one of the great car chases in cinema (and certainly of the last 25 years), Ronin is more than just the incredible action set piece at its center. While not explicitly a meta commentary on the action thriller genre, it's hard to watch the movie and not appreciate just how little regard Frankenheimer and Mamet (working from a story by first-time writer J.D. Zeik) have for the specifics of the story they're telling. There is no attempt to explain what is in the case that everyone is after, nor is there any winking at the camera to tell us they won't be telling us (like in, say, Pulp Fiction). The characters don't even care. It's not their job to care. It's their job to do a job, and the utter professionalism they display extends all the way to those responsible for making Ronin. Everyone is here to do a job and they do it very well.

Robert De Niro has had a pretty rough go of it in the 2000s, first doing turns in high-profile comedies like Meet the Parents before slumming it in junk like Showtime and Righteous Kill and Last Vegas and Dirty Grandpa and even some direct-to-DVD titles -- a huge departure for the man once widely considered to be the greatest living film actor. While he's had a few good performances in the last 17 years (mostly under the direction of David O. Russell), Ronin is one of his last best roles. He doesn't have an especially tricky part to play, but he imbues Sam with a sense of history and a code -- hence the title -- and, best of all, a relaxed looseness in his friendship with Jean Reno. The bond they form over the course of the film is one of my favorite things about Ronin, as is the total professionalism with which De Niro's Sam and Reno's Vincent approach their assignments and subsequent payback after being double crossed. Mamet has long been fascinated by men who live by a code, which makes him perfect to write Ronin. It's a movie about those with a code and those without. 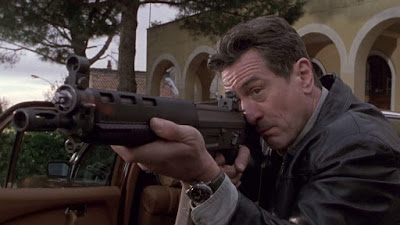 Arrow's new Blu-ray of Ronin consists primarily of featurettes that have been carried over from other places, though there is a new interview with the movie's cinematographer and a cool video piece created by Quentin Tarantino in 1994 to pay tribute to De Niro, still three years away from their first collaboration in Jackie Brown. I'm just happy to see it getting the special edition treatment from a cult label like Arrow because it means that the movie's reputation is being embraced by the cool kids. Having just revisited my DVD of the movie after hearing Elric Kane bring it up on his Pure Cinema podcast, I'm happy to upgrade to high def on a title like this. The lossless audio of the sound design alone makes it worth it.

Ronin is one of the unsung greats of '90s action and the second-to-last great John Frankenheimer movie (Reindeer Games 4 lyfe). Instead of plastic movie stars or lunkhead action genre regulars, it's got an international cast of grown-ups and character actors. It's skillful in a way that fewer and fewer films in this genre are anymore. Come for the kickass car chase, stay for everything else.