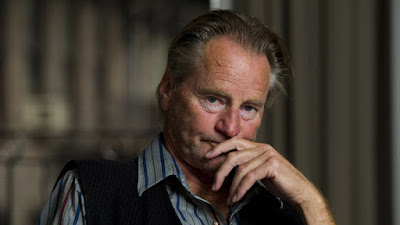 It is really hard for me to write about Sam Shepard without crying.

People are generally befuddled when I bring him up as an influence. He was known for the “masculine cowboy with a heart of gold” film persona. I most definitely appreciated his acting talent. Shepard was able to bring out a different facet of himself with each performance. There was always a slight difference in every “rugged man” he portrayed, either with a slight character choice or the way he held the dialogue in his mouth. Maybe it was because you knew his mind was always working in the moment. His brain was working to make the scene better and his execution made it seem effortless.

One of his first films as an actor was in Terrence Malick’s Days of Heaven. He plays a farmer who inadvertently enters a love triangle with two desperate grifters played by Richard Gere and Brooke Adams. This kind of character would become key to his persona: a soft-spoken southerner with a good heart and a secret. You would think persona would not age well or feel one dimensional, but through the years he was able to bring earnestness and a multifaceted performance to each film project. 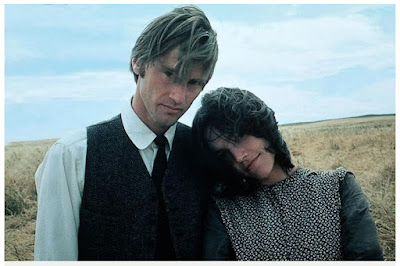 What I really loved about Shepard was his dedication to the entire field of creation. He was the artist I always looked to when people said “you can’t do everything you want to do.” He was an actor, director, playwright and activist. Something that made him stand out amongst the other distinguished actors of his time is that he lived in his art. Shepard came to New York in the 1960s and started writing and working in the theatre scene. He worked in themes that were familiar to him from his youth living in rural areas and the family dynamics. One of his first plays was a collaboration with his then-lover Patti Smith. Through the '70s, he worked on many of his plays that he would be known for and that would be adapted for the big screen, including the Pulitzer prize-winning play Buried Child, Fool for Love and True West.

I read his plays in college and they had a profound impact on me. Shepard had a way of a discussing the pain and love of family relationships in a reasonable and naturalistic way. The stories seem offbeat when you read a synopsis, but the truth is that every family has these ghosts that haunt them. All family experiences are different, yet we all have one commonality: these are our kin and our relations. These are people we are stuck with even when they are not in our lives anymore. Their presence weighs on our psyche and the decisions we make everyday. Shepard could see the intricacies of these moments and expand upon them in a naturalistic way. His dialogue is key because you know what these characters are going to say before the words come out of their mouths. But the way the characters end up conversing is the best version of what we all want to say in these moments. Real people don’t talk in flowery words; we talk with weight and directness. These characters have lived in their choices and these choices have become their identity. The humanity is real and the truth can be heartbreaking. 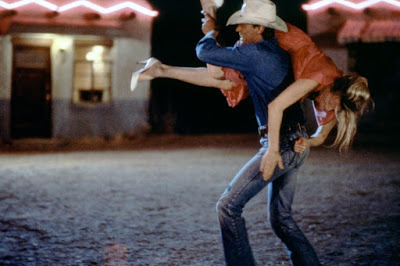 When I had to read Shepard’s plays, we watched the film Fool for Love. Shepard stars as Eddie in the film based on his play, opposite Kim Basinger as May. It has been about 10 years since I’ve seen it due to its limited availability, but there are some things that stick out in my mind. The film is almost a southern noir, rooted deep in the sensibility of the director Robert Altman. What I remember is Basinger bringing vulnerability and fire to her performance opposite Shepard, who is at ease in this role. Shepard’s plays are inherently male driven, as many male storytellers can be, but he tends not to underwrite, villainize or glorify his female characters. Basinger is able to pick up on the cues in the screenplay and feel out the dimension of her character. She is an actress to whom people do not give enough credit, and this film might help sway any detractors

After hearing of Shepard’s passing, I watched the film Paris, Texas. Shepard wrote the screenplay for the Palme D’or-winning film for director Wim Wenders. This is a film that had been on my radar for a long time and I am happy I finally watched it. The acting is quite superb by everyone involved. The visuals are astounding and the soundtrack uses just enough of the atypical “southern sounds” without going overboard. This film is a slow burn, and I could feel the embers on my skin while I watched it. Harry Dean Stanton is truly phenomenal as Travis and his acting is so subtle that you know why he’s so underused. He’s able to portray so much while not speaking a word, which he doesn’t do in this film until about 20 minutes in. Travis, after abandoning his family four years prior, is reunited with his son, Hunter. He is trying to find Jane (Nastassja Kinski), his long lost love and the mother of his child. A good majority of the film is him reconnecting with the family and son he hasn’t seen in four years. 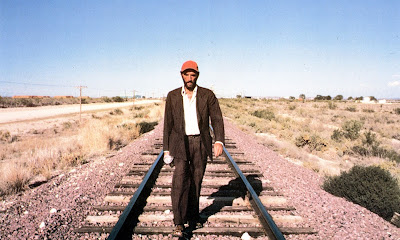 The film is mainly about Travis’ purpose -- what he needs to do to make his mistakes in the world right. He is the reason that Jane left their son with his brother. The whole movie leads to the explanation of “why did this relationship fall apart so terribly?” and you are expecting something tragic or devastating. And it is, just not in the “movie” expectation of tragic or devastating. After he has tracked Kinski down and found out she is working as a stripper booth where the clients can only converse through phones and one-way mirrors, Stanton starts talking with Kinski and relays the story of their relationship, which allows for Kinski to understand it is him. The story he tells of their love is so achingly sad. They loved each other so much that they drove each other crazy. They didn’t have any other way of expressing it but through rage and alcoholism. None of these things are good or constructive to do for a relationship, but people do them when they are in love or to prove love. Love is crazy and it changes us for the better or worse. They are so far gone that the best they can do is view and talk to each other through indirect communication. This healing is needed for them both. Through this final contact, Kinski is able to let go of her hate for him and connect with her son again. Stanton has fulfilled his purpose, removing himself as a wedge between Kinski and her son. Sometimes walking away is better than staying in love. That's what his purpose was, fix his family and walk away. Shepard’s story is not fulfilling for a happy ending, although it is an definitive ending to this specific story -- the best one there could be for this situation. A lot of families are broken, some for the better and some for the worse. The performances sell the hell out of this idea and Shepard’s script leads the way.

Sam Shepard will always be an inspiration to me. I will probably never write a play or screenplay. If I ever did, I would hope that I would lead by his example and create works that touch on the human experience and the connections we all share. I am so sad that he is gone, but I will always have his immense body of work to look back on and draw comfort from. In the meantime, there is always Paris, TX. 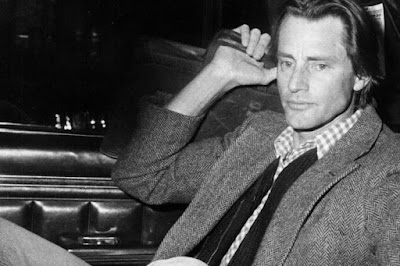