This week's streaming suggestions will float down here, too. 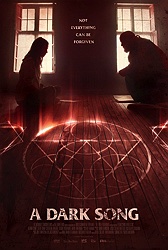 A Dark Song (2017, dir. Liam Gavin) One of my absolute favorite horror movies of the year. A woman (the amazing Catherine Walker) seeks help from a man (Steve Oram) in performing a black magic ritual for an unknown purpose. This is slow, methodical storytelling that only reveals information as it becomes necessary, but for those with the patience to stick it out, it's super worth it. I so admire first the realism of Gavin's storytelling and then his willingness to take the movie to places almost every other movie of this sort chickens out on going. This is a sad, beautiful movie. (Watch on Netflix) 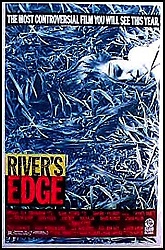 River's Edge (1987, dir. Tim Hunter) From one of my favorite horror movies of the year to one of my favorite movies of the 1980s full stop. I can't begin to tell you how many times I watched River's Edge after recording off of HBO on a VHS that also included Bill and Ted's Excellent Adventure and Permanent Record. It was my Keanu triple feature! This movie contains what is still his best performance (an article by friend of the site Sarah Jane made a case for this over at Talk Film Society just this week) as a high schooler whose friend (Daniel Roebuck) kills a member of their burnout group and everyone struggles with how to handle the situation. Crispin Glover is at his crazy best, while Dennis Hopper brings his brand of haunted madness as the town drug dealer who also has an inflatable girlfriend. There may be no better movie about disaffected youth ever made. One of these days we'll have to do a podcast on this. (Watch on Amazon Prime Video) 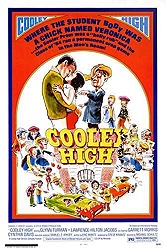 Cooley High (1975, dir. Michael Schultz) American Graffiti is great and all, but give me Cooley High any day. An AIP-produced coming of age comedy-drama set in early '60s Chicago, it stars the great Glynn Turman and Lawrence Hilton-Jacobs (Washington from Welcome Back, Kotter) as best friends in their last year of high school. The movie has so much sweetness and energy, plus a great soundtrack and a real feeling of time and place. It's incredible. It was loosely adapted into the sitcom What's Happening!!, which any self-respecting child of the '80s undoubtedly remembers. (Watch on Brown Sugar) 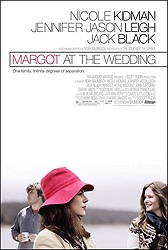 Margot at the Wedding (2007, dir. Noah Baumbach) I'm recommending this for a couple of reasons: 1) Nicole Kidman came up on this week's podcast, and this is one of her most unsung performances (probably because not many people saw the movie and those that did found it standoffish and unpleasant, which it is) and 2) Adam Riske published his list of favorite actresses yesterday and I'm inspired to pick something starring one of my favorites, Jennifer Jason Leigh. But the REAL reason I chose this is because it comes from a list of on Vudu called "Amy Jo Johnson's Playlist." I don't know why Vudu has asked the Pink Ranger to curate movies for them, but I'm certainly not going to miss out on recommending something that Amy Jo Johnson says we should watch. (Watch free with ads on Vudu)
Posted by Patrick Bromley at 5:00 AM