This week's streaming recs share the theme of "movies we should talk about more." 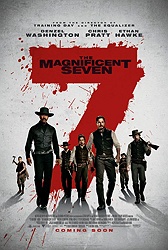 The Magnificent Seven (2016, dir. Antoine Fuqua) Ok, we don't necessarily need to talk about this one more than we do. But while the original Magnificent Seven didn't really need a slick new update, it's the sort of thing that can be remade pretty easily (especially considering it's a remake itself). An insane roster of talent is assembled for a movie that's really soulless and empty, but also really violent and fun -- like, an "I can't believe this is a PG-13" degree of violence. It's a movie more concerned with being cool than with being great, but it succeeds on that level. It's very, very entertaining. (Watch on Amazon Prime) 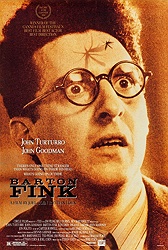 Barton Fink (1991, dir. Joel Coen) Despite winning the Palme d'Or at Cannes in the early '90s, this still feels like one of the more underrated entries in the Coen Brothers' long list of masterpieces. That may be because next to A Serious Man, it's their most impenetrable movie: the tale of a early 1940s screenwriter (John Turturro) shacking up in a hotel to write a script and slowly descending into Hell. The humor is pitch black, the production design flawless, the supporting cast bench (including another great John Goodman performance in a Coen Bros joint) characteristically deep with incredible talent. If you haven't yet seen it or didn't like it the first time, you owe it to yourself to revisit the movie with new eyes. You will be rewarded. (Watch on Netflix) 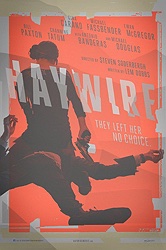 Haywire (2012, dir. Steven Soderbergh) Prior to its release, I was positive this movie was going to reinvent the action movie and make a household name out of star Gina Carano. Neither of those things happened, as Haywire was met with mostly a shrug. This is crazy to me, because the movie is fantastic. Sure, Carano is dubbed, but she has a presence and a physicality that can't be faked. And, like a Coen Brothers movie, Soderbergh stacks the deck with great actors in every single role. The hotel room fight alone makes this worth watching. (Watch free with ads on TubiTV) 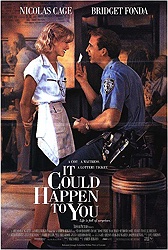 It Could Happen to You (1994, dir. Andrew Bergman) Because I am a man of many interests and hidden pools of emotional depth (like, super hidden), I can appreciate a great romantic comedy just as much as a splattery horror film or a kickass action movie. For as stupid as its title is, It Could Happen to You is a great romantic comedy. Nicolas Cage, rarely more charming, plays a cop who wins the lottery and makes good on a promise to split the winnings with a diner waitress (Bridget Fonda, love of my young life). The rest of the film plays out what that experience is like while also becoming a fantasy about human decency and the power of community. Check any cynicism at the door. (Watch on Hulu) 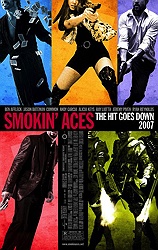 Smokin' Aces (2007, dir. Joe Carnahan) I suspect very few movie fans were ready for writer/director Joe Carnahan to follow up his great '70s-inspired cop drama Narc with this flashy, indulgent lark of a shoot-em-up that's totally unhinged and threatens to go off the rails for its entire running time (at times it actually does). This is Carnahan channeling his inner 12-year old, which I happen to think is super fun. Another insanely overstuffed cast (maybe that should have been the theme this week?) gets to have a blast playing ridiculous characters all intent on killing Jeremy Piven. You really can't blame them. (Watch free with ads on Crackle)
Posted by Patrick Bromley at 5:00 AM

Email ThisBlogThis!Share to TwitterShare to FacebookShare to Pinterest
Labels: barton fink, gina carano, haywire, i stream you stream, it could happen to you, netflix instant, smokin' aces, the coen brothers, the magnificent seven