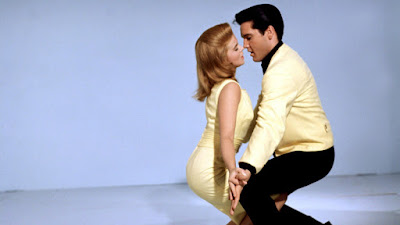 Your hair is winter fire
January embers
My heart burns there too.

With red hair on all of our minds thanks to Bev Marsh, now seems like the right time to devote an entire movie marathon to some ginger love. Pop some popcorn, apply some SPF and enjoy. 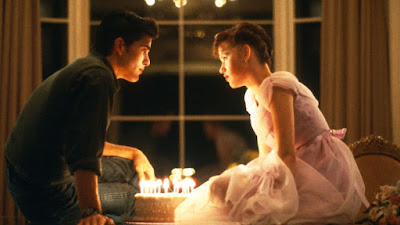 Let's kick things off with the most famous redhead of the '80s in her breakthrough role. It's not my favorite John Hughes movie, but it has a lot of charm and a low-key affability that makes it an easy watch to begin our marathon. Molly Ringwald would have better roles, too, but I get why this is the one that made her a movie star. 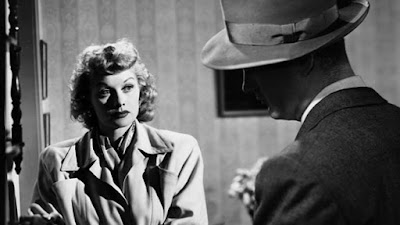 Having grown up watching Lucille Ball acting like a goof every day on I Love Lucy, it blew my mind to discover in later years that she was a real-deal movie star and not, as I thought her to be, just a sitcom clown (albeit one of the best sitcom clowns of all time). I also don't think I realized at that time that she's one of the most beautiful actors to ever appear on screen. In The Dark Corner, she plays the secretary to a private investigator who must step up and help clear his name when he gets embroiled in a murder. The movie is a solid film noir but not necessarily anything truly special; I want to program it because it affords one of the all-time great redheads a chance to do something very different. 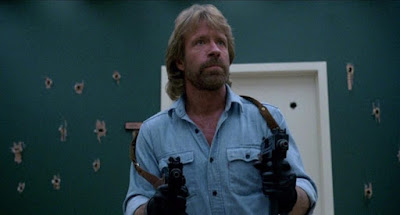 I don't have a ton of Chuck Norris movies that I care to revisit, but this is one I come back to pretty regularly. It's so trashy and violent and mean-spirited -- coming from Cannon, of course it is -- but Joseph Zito is a good enough director and the material so over the top crazy that it overcomes Norris' natural woodenness. Plus, this a fun way to break up the noir that comes before it and the musical that's coming next. 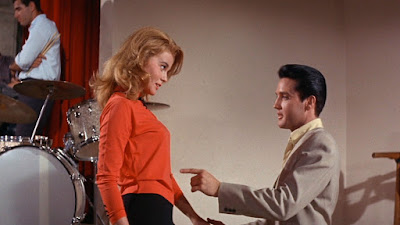 I flirted with the idea of programming Carnal Knowledge into this slot because I love it, but instead opted to go with a much more "fun" Ann-Margret performance opposite Elvis in my favorite of his movies (overtaking Jailhouse Rock, which held the top spot for years). Ann-Margret doesn't act in this film so much as she owns everyone and everything around her; she's more feline than human and manages to out-hot even Elvis Fucking Presley. She also has what is, without question, the greatest sandwich-making scene in movie history. 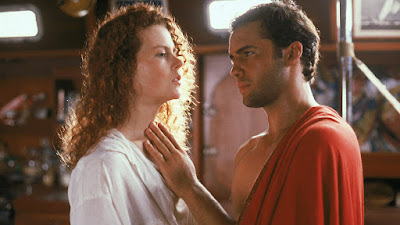 I wasn't able to squeeze in a Jessica Chastain or an Amy Adams or a Julianne Moore movie, so I'm glad I could at program at least one of Hollywood's current greatest redheads with this excellent Nicole Kidman thriller. She and Sam Neill go sailing after a tragedy and pick up Billy Zane (before he became the worst), a man who is not exactly who he says he is. The first time I saw this movie was the very definition of a pleasant surprise: my family rented it on New Year's Even (that's how we used to ring in the New Year) and I knew nothing about it nor a single actor in it. I was immediately drawn in and blown away at what a tense, effective little thriller it is. The movie still holds up. 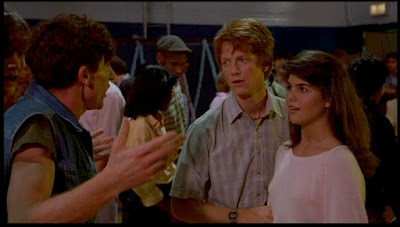 Rather than go with a movie in which redhead Eric Stoltz gives a lead performance (which, let's face it, would probably be Some Kind of Wonderful and I already met my John Hughes quota for this marathon), I'm going to pick something weirder and darker and quite a bit more offbeat. Stoltz is only a supporting player in this movie about a brother and sister who move to a new school only to be terrorized by James Spader and his gang, but he plays a memorably sweet geek who crushes on Lori Loughlin. This is really Spader's show, though, as he gives one of his weirdest and most magnetic performances. For James Spader, "weirdest" is saying quite a lot. 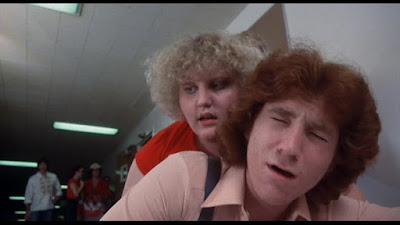 While we're not yet ready to get totally into the horror portion of our marathon, this is a good time to watch a moronic sexploitation comedy about a makeshift sorority (H.O.T.S.) engaging in all kinds of nonsense like topless skydiving and wet t-shirt contests. Because it's from the late '70s, there's an innocence to all the sexuality -- it's never dark or mean-spirited, just raunchy and dumb. Former child star/future Danny Bonaduce shows up in a supporting role and may or may not have sex with a seal. We're halfway! 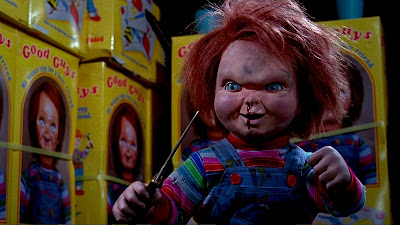 Yes, the original Child's Play is a much, much better movie, but there's something about the sequel that will play better after midnight. It's dumber, more violent and moves more quickly -- in short, it's the kind of trash I often like to program overnight. Plus, that final sequence in the toy factory is still great even when the rest of the movie isn't. 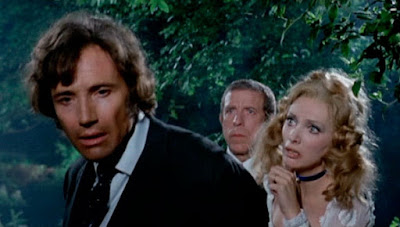 As always, we have to do Italian horror in this slot. This is not my favorite giallo, but it is a very good one, full of twisted and perverse sexuality and a protagonist who tortures and murders women but who we are maybe supposed to root for? Like many of the Italian horror stars of the '70s, Marina Malfatti is stunning. 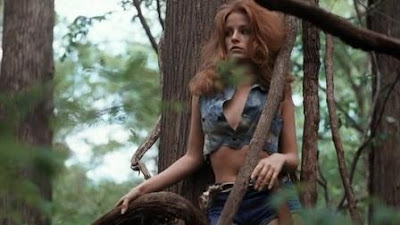 There are a number of great cinematic redheads that I just don't have the time to include in this marathon, but there is no goddamn way that I'm going to miss out on including some Claudia Jennings. She burned quickly but oh so brightly, and while pretty much any one of her films could easily be dropped into this spot, there's nothing I'd rather watch after 3 a.m. than Gator Bait. Claudia Jennings dons jean shorts and plays a swamp woman who exacts revenge on a couple of backwoods rednecks. I dare you to try and sleep through this one. 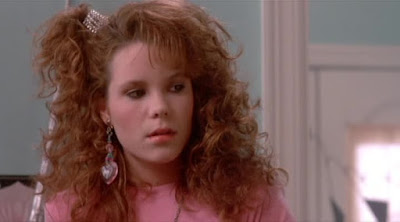 I wish I understood how I came to watch this so many times as a kid. Like, I get that it was on HBO all the time, but did that mean I had to sit through every showing? For some reason, I did. This might have been the first movie I ever enjoyed ironically, since I knew that it was not very good but was repeatedly drawn to it anyway. Of course, maybe being drawn to it repeatedly means my enjoyment was not ironic. Whatever the case, this bizarre hybrid of teen comedy, supernatural romance and musical gave Robyn Lively her most memorable role and taught an entire generation the meaning of the words "top that." Let's fix ourselves some big bowls of sugary cereal and watch Teen Witch while the sun comes up. 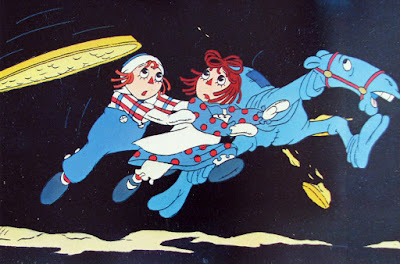 In trying to expand the boundaries of cinematic redheads for this marathon, I'm turning to a movie I haven't seen since I was 6 or 7 years old. My memory is that it's one of the most fucked up kids' movies ever made -- the kind of thing Sam and Criminy Kraffft might have come up with -- but I guess we'll find out as night turns to morning. I don't think this is available outside of VHS, which sucks. 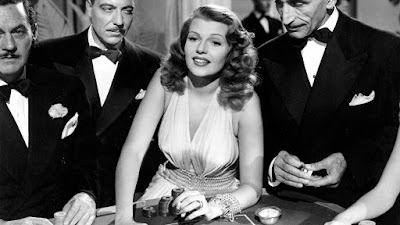 There is all of Hollywood, and then there is Rita Hayworth. With one flip of her hair, she changed my life forever. There's no way we're not watching Gilda. 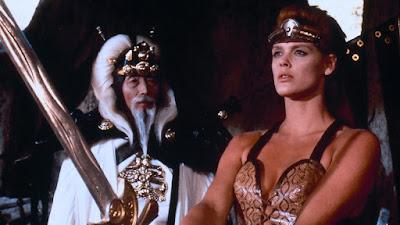 I had originally wanted to program this either late last night or really early this morning, but there were other movies I wanted to include that wouldn't work as well at any other time. As '80s fantasy movies go, it is not great. As Conan rip-offs go, it is also not great. But I also can't deny my affection for goofy shit like this; between Arnold Schwarzenegger's performance as "Kalidor" (*cough*CONAN*cough*) and Sandahl Bergman's turn as the villainous Queen Gedren and, last but not least, Brigitte Nielsen in what was clearly meant to be a star-making turn as Red Sonja, the movie is full of actors who fully commit to this nonsense. Plus, there are rubber monsters and an Ennio Morricone score! Of course I'm going to enjoy it. 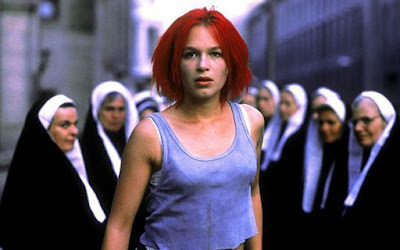 After 24 hours, we're going to be exhausted. The only way we're ever going to cross the finish line is with the adrenaline-fueled techno-thump of Run Lola Run, which is both a wonderfully energetic movie about fate and free will and features one of the great flaming red hairdos in all of movies. No, it's not Franke Potente's natural color, but it's really saying something when an actor's hair becomes this recognizably iconic. God bless red hair.
Posted by Patrick Bromley at 12:00 PM