More scary stuff to stream this #ScaryMovieMonth, including one very exciting premiere! 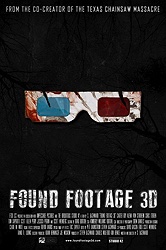 Found Footage 3D (2017, dir. Steven DeGennero) Nice! One of my favorite discoveries from last year's Bruce Campbell Horror Film Festival (where it had its world premiere) is finally being released as a Shudder Exclusive. It's the story of a film crew who set out to make the world's first 3-D found footage movie (which, yes, is supposed to be a stupid idea) but encounters...well, I won't spoil anything. This is the rare horror comedy that works as both a critique of genre tropes -- which provide some of the biggest laughs -- but also functions as a successful horror film in its own right. I really loved it when I saw it last year and am excited to revisit it this weekend. Two different 3D versions (one anaglyph, one for 3D capable TVs) will be appearing on Shudder later this month, but for those who can't wait it's available to watch now in 2D. It's one of the few 3D movies I've seen in the last 10 years that did some really cool stuff with the format, but I think it's a movie that will work in 2D as well. (Watch on Shudder) 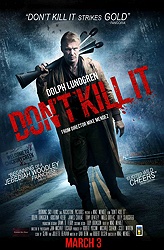 Don't Kill It (2017, dir. Mike Mendez) The latest effort from Mike Mendez kind of came and went earlier this year, which is too bad because it's a ton of fun. Dolph Lundgren stars as a vaping demon hunter who comes to a small town to chase an evil spirit that transfers from person to person when they die, meaning you have to find a way to combat it without killing the host (hence the title). It's a pretty ingenious inversion of a common horror movie archetype, and both Mendez and Lundgren are clearly having a blast in full-on Evil Dead mode. There's a setpiece near the middle of the movie that finds Mendez indulging in every one of his crazy, splattery impulses that alone makes the film worth seeing. (Watch on Netflix) 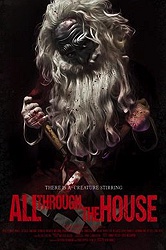 All Through the House (2016, dir. Todd Nunes) With the excellent Better Watch Out now available on streaming platforms, why not use your parents' Amazon account to catch up with this really nasty indie Christmas slasher from last year? Its structure is incredibly repetitive, but it's well made and very much in the spirit of some of the Christmas slashers we grew up enjoying in the 1980s. (Watch on Amazon Prime Video) 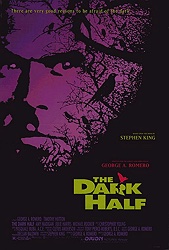 The Dark Half (1993, dir. George A. Romero) I've talked about this movie way too much on this site, but since I just brought it up again in the comfort horror piece this week, I'll take the opportunity to recommend it yet again. It's a movie I revisit every October and like more every time I see it, and yet another reminder (as though we needed another one) that George Romero was a great filmmaker even when he wasn't doing zombies. I'm still sad that he's gone. (Watch on Hulu) 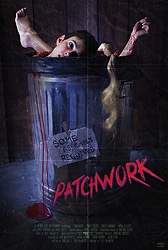 Patchwork (2015, dir. Tyler MacIntyre) Here's a little indie that snuck up on me. I hadn't even heard of it until it appeared on Netflix a month or so ago; I watched it based on the description and had a really good time with it. Basically, it's about three women who are murdered (some before the film even begins) and then their various parts are stitched together to create a new person, but each of their consciousnesses are still retained. As they work together to solve their own murders, they also have to negotiate controlling a body depending on which pieces are moving at any given time. That's a great premise for a horror film, and Patchwork executes it with humor and visual ingenuity. It's fun (Watch on Netflix) 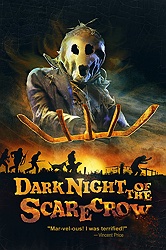 Dark Night of the Scarecrow (1981, dir. Frank DeFelitta) This has a reputation for being one of the best made-for-TV horror movies ever, and that's an assessment I'm inclined to agree with (which says more about made-for-TV horror than it does about this movie, which has its share of problems). Larry Drake gives what we would call these days a "problematic" performance as Bubba, a developmentally disabled man living on a farm in the South, who is killed and may or may not be returning as a vengeful scarecrow. The real reason to see this -- besides some nice Southern gothic atmosphere and a few creepy moments -- are the performances from Charles Durning, Robert Lyons, Claude Earl Jones and Lane Smith as total unrepentant scumbags. Durning, in particular, is a great villain. (Watch free with ads on Vudu) 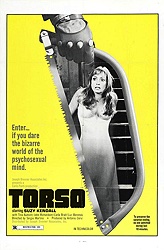 Torso (1973, dir. Sergio Martino) Of course you're going to need some Italian weirdness in your weekend #ScaryMovieMonth viewing, so look no further than Sergio Martino's sleazy giallo Torso, which begins as a highly sexualized thriller about college girls being murdered and ends with an amazing, sustained and near-silent sequence that's about as good as anything the Italian greats produced in the 1970s or '80s. I know that the aesthetic of Italian horror is never going to be everyone's taste (I've been there), but even if you're not a fan you can at least appreciate the greatness of Torso on a purely technical level.  (Watch on Amazon Prime Video)
Posted by Patrick Bromley at 12:00 PM

Email ThisBlogThis!Share to TwitterShare to FacebookShare to Pinterest
Labels: 2017 scary movie month, friday the 13th, i stream you stream