Why the YouTube pioneers continue to stand above the imitators.

One of the best things about the F This Movie! community is that we’re eager to recom-mend the work of other artists and shows we really connect with and enjoy. Commenters are constantly shedding light on new stuff, Patrick’s yearly appreciations of the Shock Waves crew are always well received, and Adam Riske remains a vocal supporter of Dana Buckler’s excellent How is this Movie? podcast. With that in mind, I thought it was long past time I shared my affection for Milwaukee-based YouTubers (for lack of a better term), Red Letter Media. Indie filmmakers in their own right, the gang first gained notoriety in 2009 with their Star Wars Episode I review, a 90-minute video in which co-founder Mike Stoklasa delivers a thorough, funny, and insightful breakdown of that film’s shortcomings through the ironic guise of the crass and disgusting sociopath, Mr. Plinkett. Along with further Plinkett reviews, RLM’s work has since expanded to web series like Half in the Bag (which reviews new releases), Re:View (which high-lights old favorites), and Best of the Worst, a round-table discussion of B-movie oddities. Their videos have been appointment viewing in my house for years, immersive and comfy hangouts with people who have come to feel like friends. 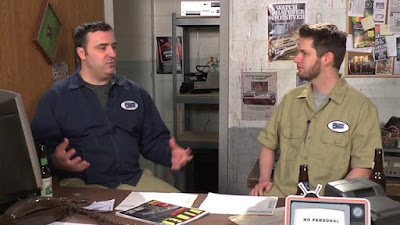 It’s worth noting that Red Letter Media is not for everyone. Much in contrast with the warm and fuzzy “Movie Love For Movie Lovers" vibe we cultivate in these parts, these guys have no qualms about calling shit out for being shit, often defaulting to a cynical and fatalistic point of view about the movie business and its products. Nor are they above juvenile jokes or trolling their audience, which leaves most of their videos decidedly NSFW. That willingness to be sloppy, however, is part of the group’s overall ethos: there’s no pretension or forced sophistication in their delivery. They know they’re just another bunch of thirty-ish white guys talking about movies on the internet and that — despite making full-length, low-budget films like Feeding Frenzy (2010) and Space Cop (2015) — their perspectives as Hollywood outsiders are about as amateur as our own. In fact, their new series The Nerd Crew — a savage takedown of mindless, circle-jerking movie podcast culture — pokes fun at its target while acknowledging its own culpability in the virus that target spreads. With all that said, their videos clearly reflect a level of wit, care, and production experience far above that of the standard computer-camera-reaction-to-an-exclusive-unboxing-experience garbage that clogs up YouTube. 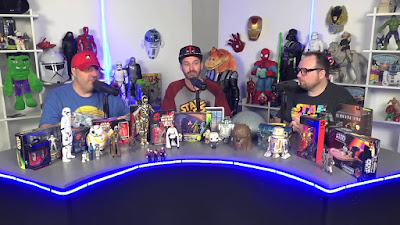 Though it exhibits a healthy dose of snark and world-weariness, RLM’s best work also shows off their intense (and often defensive) love for filmmaking and storytelling done well. In fact, standout videos like their Half in the Bag on Adam Sandler’s Jack and Jill are memorable not because they take the piss out of a bad movie (in the vein of some-thing like We Hate Movies or How Did This Get Made?), but because they draw attention to the insincerity that led to its production in the first place. That HitB episode spends almost an hour brilliantly dissecting the complex web of product placement and corporate synergy that exists where Jack and Jill’s screenplay should be, making it far more interesting than hearing “Adam Sandler is so dumb” over and over. A similar situation arises during their Annabelle: Creation review, in which Stoklasa and co-host Jay Bauman expose a conspicuous “contest” inviting aspiring writers to submit their screenplay ideas to Warner Bros., who would then claim the option on the work for next to nothing. While some critics are professional contrarians, overeager to prove how much smarter they are than the films they’re reviewing, these guys genuinely want movies to be good and take it personally when they’re corrupted by corporate hackery. 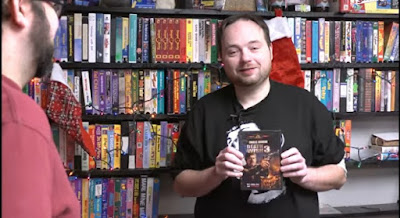 They’re also the first to celebrate B-movie masterpieces like Hollywood Cop, Miami Connection, and Xtro (Hi, Dennis!). Interesting is always better than boilerplate, they insist; ambitious is always better than lazy. Bizarre offerings like Neil Breen’s Double Down and John De Hart’s Geteven get just as fair a shake as the Avengers and Boyhoods of the world, further demonstrating the gang’s egalitarian approach to criticism. “Most entertaining for whatever reason” is the governing principle when deciding Best of the Worst, which means that the goofy and fun Chopping Mall will always win out over the – perhaps – technically superior Exorcist II: The Heretic. They celebrate the work of B-movie stars like Don Dohler (director of Nightbeast), Cameron Mitchell (star of Space Mutiny and Terror in Beverly Hills), and have even befriended schlock auteur Len Kabasinski (Curse of the Wolf, Fist of the Vampire). They’ve become so notorious in the film community that when their review of American Ultra called out screenwriter Max Landis’ bratty tirade against the popular rejection of “original” filmmaking, Landis joined them in studio for a follow-up conversation (and even stayed for an episode of Best of the Worst). Though they remain outsiders, RLM’s influence is clearly being felt in the right places. 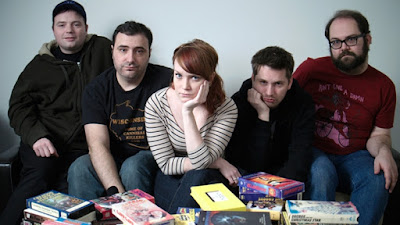 In the end, this praise is all secondary to my affection for their personalities and respect for their critical voices. Our media landscape is varied enough that we can afford to be choosy about the voices in our earbuds, and finding that select group that really works for us is a rare gift. Stoklasa, Bauman, and Rich Evans (sort of the core Freudian trio of the gang) cultivate an environment that blends astute cinema literacy with everyman populism. Bauman is the Spock, the expert on directors, aesthetics, and history. Stoklasa is the McCoy, frequently following his gut and sussing out a film’s cultural relevance rather than relying on a strict list of pros and cons. Evans – often playing butt monkey to the group’s crueler jokes – is the secret Kirk, the one who reconciles the two extremes into a cohesive, digestible conclusion. It’s a satisfying combination which, when coupled with the constantly changing show formats and new gimmicks (my favorite being BotW’s Plinketto Board, a method for choosing a video that recalls The Price is Right) keeps things endlessly fresh and interesting. For these reasons — and many others — Red Letter Media remains my go-to background noise for working, writing, or looking for a temporary respite from the scalding, unforgiving hellscape of everyday life. What more recommendation do you need?
Posted by Patrick Bromley at 5:00 AM