You can't just watch Justice League for the rest of your life. 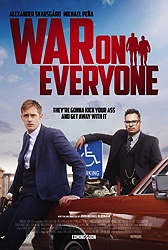 War on Everyone (2016, dir. John Michael McDonagh) I caught this at last year's CCFF and had fun with it. While it doesn't offer anything really new -- buddy cops (a weakness of mine) who abuse their authority and get the job done -- there's a certain attitude the film takes that grew on me over time. Plus, Alexander Skarsgård is really funny in it, and I don't think I've ever seen him have the chance to be funny. Tessa Thompson is in it, too. She's very popular these days. While this won't be a whole lot more than a potentially enjoyable diversion, it did offer one of the biggest laughs of any movie of last year. You'll hopefully know it when you see it. (Watch on Netflix) 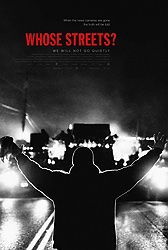 Whose Streets? (2017, dir. Sabaah Folayan, Damon Davis) This powerful documentary chronicles the protests in the streets of Ferguson, Missouri, after the police shot and killed Michael Brown. While the story received a great deal of news coverage, it was exactly that: news coverage. Whose Streets? is on the ground with the protestors, hearing their stories, feeling their anger and sadness. There are scenes in which the people in the streets are demonstrating while armed soldiers have machine guns pointed at them, and the fact that they persevere and continue to make their voices heard in the face of something so scary and potentially dangerous is a testament to their bravery and the power of enacting social change. It's pretty incredible having this much access as these events unfold. (Watch on Hulu) 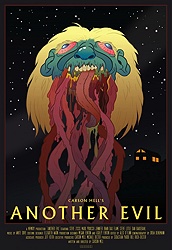 Another Evil (2017, dir. Carson D. Mell) Another film I saw at a festival last year. I'll admit that I did not love Another Evil, which is small and shaggy, never dull but never quite getting where I wanted it to get to. But I have to recommend it if only for the performance of Mark Prosch (who many of you will recognize from his turns on The Office and Better Call Saul) as Os, and "industrial grade exorcist" who comes to the house of an average man (Steve Zissis) to get rid of a ghost while the guy's wife is out of town. Prosch is so, so funny and interesting in the role that he elevates the whole movie to something that's ok to something that really deserves to be seen. It's currently streaming exclusively on Shudder. (Watch on Shudder) 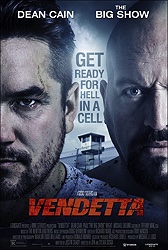 Vendetta (2015, dir. Jen & Sylvia Soska) I reviewed this back when it was released in 2015 and found it to be a fun if serviceable action movie in which Dean Cain (ugh) goes to prison and beats some ass on a revenge mission. With Brawl in Cell Block 99 now playing, I've felt like revisiting this one, which is actually similar in spirit if not as good in the execution. I keep waiting for the Soska sisters to get back to making their own kinds of movies, but I'm glad they're continuing to work in genre films and imbuing them with more energy and personality than what the standard issue DTV filmmaker might do. (Watch free with ads on TubiTV)
Posted by Patrick Bromley at 12:00 PM

Email ThisBlogThis!Share to TwitterShare to FacebookShare to Pinterest
Labels: 2017 documentaries, another evil, i stream you stream, soska sisters, vendetta, whose streets