Let me introduce you to some more cool movies. 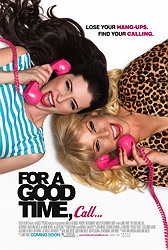 For a Good Time Call... (2012, dir. Jamie Travis) I was so happy to see Ari Graynor pop up in The Disaster Artist, first because it's brilliant casting (she plays "Lisa" in the reenactments of The Room) and second because I'm happy to see her show up in anything. She's so great and should have a much, much bigger career, which I say having not watched a single episode of that stand-up show that lasted one season on Showtime this year. I'm part of the problem. This movie, which was co-written by Graynor's co-star Lauren Miller, is not great. It's pleasant at best, with a few too many cameos and a bit too heavy a reliance on dirty talk to score laughs. But it is a good portrait of a female friendship and a movie that gets by on the charm of its two stars. There are way, way worse ways to spend 85 minutes. (Watch on Netflix) 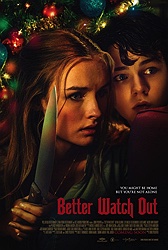 Better Watch Out (2017, dir. Chris Peckover) It's the holiday season, so that means holiday horror movies. This is a nasty little effort from earlier this year, about which the less I say, the better. Go in knowing as little as possible, because it's a lot of super dark fun. After a limited theatrical and VOD release a few months ago, the movie just premiered exclusively on Shudder. (Watch on Shudder) 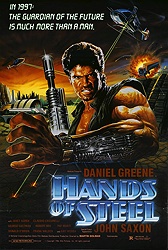 Hands of Steel (1986, dir. Sergio Martino) Every couple of month, I get together with Mike and Adam Thas and we watch crazy '80s and '90s action movies. This is one we checked out about a year ago (thanks to the Code Red Blu-ray) and it does not disappoint. The great Sergio Martino directs Daniel Greene (best known to most of us as the love interest from Elvira, Mistress of the Dark) playing a cyborg living in a post-apocalyptic future. More of the movie is about him working at a bar than you might expect, especially when George Eastman (the Big Ape himself!) comes to town and tries to start some shit. The final moments of this movie are required viewing, even if the rest of it leaves you cold. Also, I hope the movie does not leave you cold. It's awesome. (Watch on Amazon Prime Video) 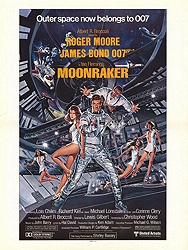 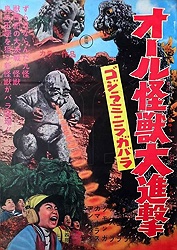 All Monsters Attack (1969, dir. Ishiro Honda) I know this isn't the best of the Godzilla movies, but it's one of my favorites. Really just a recut/greatest hits real of previous movies, All Monsters Attack features a little boy who dreams about visiting Monster Island, where he gets to watch all the big monsters fight one another (in footage from other films). There's no real plot outside of that and the tone is very, very goofy, but it gives me everything I want without any real dead space. (Watch on FilmStruck) 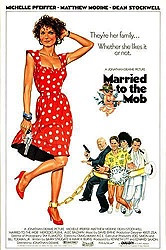 Married to the Mob (1988, dir. Jonathan Demme) We lost the great Jonathan Demme earlier this year, and the year has been so terrible and so many other greats have passed away that his loss is hardly talked about just eight months later. That breaks my heart. This is one of his most underrated movies, a screwball comedy that's eccentric and warm and features a killer cast. If you haven't seen it or haven't seen it in years, now is the time to revisit. This movie is way better than your memory of it (Watch free with ads on Vudu)
Posted by Patrick Bromley at 5:00 AM