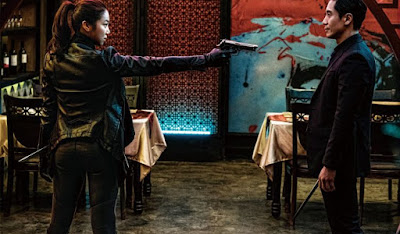 I waffled over what I would write for an end of year list. While I saw a good number of the movies that are ending up on top ten lists for the year, I decided to go with a different direction. I know that the below are getting attention outside of their countries of origin, but decided that I would highlight them as well. Here, in no particular order, are my favorite foreign films of 2017. 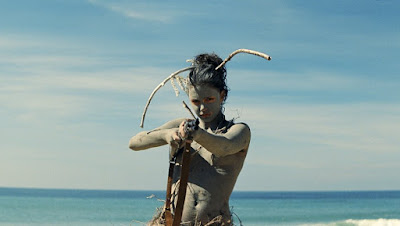 Ava revolves around a 13 year old girl with retinitis pigmentosa who finds out that she is going to lose her vision much earlier than expected. Ava (also the name of the main character) learns this news before a summer at the beach with her mother and infant sister. Her mother tries to ignore what is happening and enjoy the summer, but Ava handles her loss of eyesight by acting out in increasingly dangerous ways. The movie takes a twist about an hour into the runtime that I did not expect, and while the turn might not work for all viewers, I liked where Ava went. Be warned that there is some disturbing imagery involving eyes -- I know that can be a pet peeve for people. 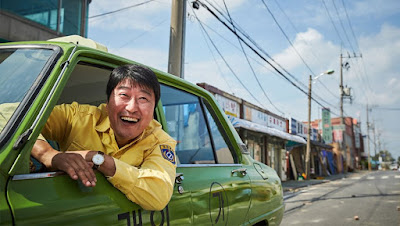 A Taxi Driver takes place in South Korea in 1980 and is about a taxi driver from Seoul who gets unwittingly pulled into the Gwangju Uprising. Kim Man-seob is a down on his luck single father who, to make enough money to cover rent, drives a German journalist down to Gwangju. Kim Man-seob does not realize exactly what is happening during this time and is merely in it for the money. The journalist, Jürgen Hinzpeter, starts the movie focusing only on his job and how the Koreans he interacts with can help him, but as the movie continues he befriends and cares about Kim Man-seob. A Taxi Driver is a mix of sorrow and joy, as well as violence and hope. 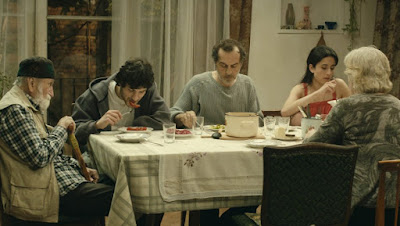 My Happy Family is about a woman named Manana who. in her 50s, decides to move into her own apartment – away from her husband, parents, and grown children. Manana has never lived on her own before and decides that, after years of unhappiness, she just needs a quiet place to be by herself. The movie explores how her decision spreads outwards into the rest of her family and the fallout that occurs. My Happy Family made me extremely uncomfortable - this is a very claustrophobic film. Many of the scenes are long takes in crowded rooms where Manana is often surrounded by family members all talking at the same time. As someone who hates crowds, I could feel her rising dread as these scenes continued. My Happy Family, while not actually “happy” by any definition of the term, is a moving look into a woman’s life.

Verónica is beautiful. The use of black-and-white photography, the framing of the scenes, and the score add up to a gorgeous film. Verónica is about a retired psychologist who receives a request from an old professor asking her to take on one final patient, a 25 year old named Verónica de la Serna. The psychologist agrees, but only if Verónica comes to her remote cabin in the woods and lives there while receiving treatment. The psychologist is unprepared to deal with Verónica and the movie turns into a cat and mouse game between sanity and insanity. If readers are looking for an interesting take on a thriller, definitely check out Verónica! 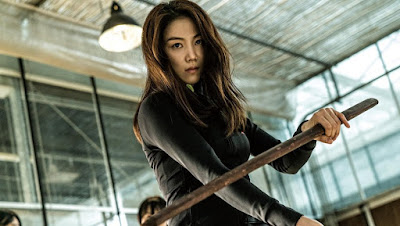 The Villainess is pure fun! From the opening sequence that plays out in first person through the motorcycle fight and the bus scene – every part of this movie thrilled me. The Villainess is about a young woman named Sook-hee (and Chae Yeon-soo) who works as an assassin. Sook-hee is captured early in the film and forced to work for a section of a South Korean intelligence agency. Sook-hee must complete missions for the agency for ten years before she is allowed her freedom. On an early mission, she runs into someone from her past and, let’s just say, that things start to go downhill. The Villainess is a ton of fun and I would recommend that every reader watch it as soon as possible.

I hope that everyone gets a chance to see at least one of the movies on this list! I don’t think that they will disappoint. If readers do check any of these out, let me know your thoughts. I’d also love to hear about others' favorite foreign films for 2017.