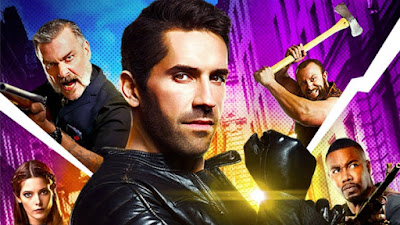 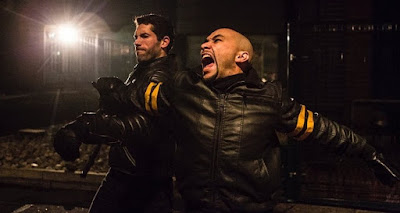 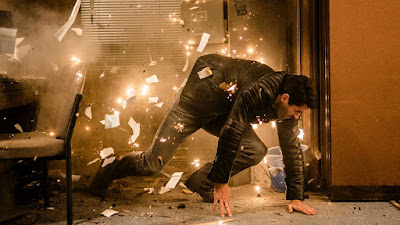 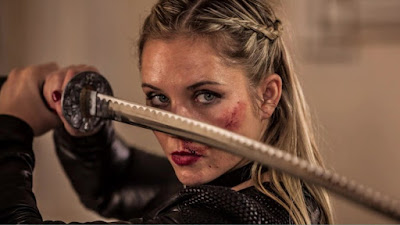 The best Scott Adkins movies work either because they're good movies that just happen to benefit from starring Scott Adkins (Universal Soldier: Day of Reckoning) or because they strip all of the inessentials away and leave just the basics of action cinema (Ninja & Ninja II: Shadow of a Tear). Accident Man walks a weird middle ground, committing to neither ideal. It's more accessible to an audience of non-#HeavyAction fans, while the fights themselves should hopefully please us HADHs,* but I wish the pendulum swung a bit further in one direction or the other. Maybe Adkins has reached the same mid-point that plagued guys like Van Damme and Seagal in the '90s, when commercial success led to a run of movies that neutered the purity of their earlier work but the scripts they were getting still weren't quite good enough to function as just actual movies. Don't get me wrong -- I like Accident Man. At the same time, I can't help but watch it and see all the ways it could have been a movie I love. See it for the fights. See it for the cast. See it for Scott Adkins.