Me… and these particular ghouls… go way back…

With the possible exception of Halloween, is there any other title we horror fans have been asked to purchase in more iterations than George A. Romero’s Night of the Living Dead? There were the endless VHS discount bin versions when the film fell out of copyright. There was the Hal Roach Studios colorized VHS abomination (that disc’s clueless producers made all the zombies neon green, leading first-time viewers to wonder why the human characters didn’t simply run away when they saw a bright chartreuse cannibal shambling toward them.) There was the groundbreaking and majestic Elite Entertainment laserdisc, mastered for the first time from the original camera negative. There were countless DVD versions, including the “Millenium Edition,” which was a straight port of the Elite laserdisc and its extras. There was the disappointing region-free Blu-ray disc from Network Video in the UK. 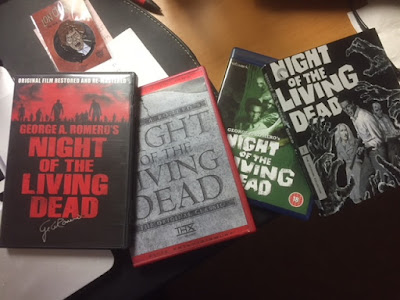 I feel like I have purchased this title in every format except hand-drawn flipbook, 16mm bootleg print, collectable trading cards (“DAMN I ALREADY HAVE FOUR HELENS.”), exclusive audio book narrated by Liam Neeson (“…these ghouls will find you… and they will eat you.”), and shot-for-shot backyard fan recreation (bonus features include the Oscar-nominated Night of the Living Backyard: The Making of a Fan Recreation documentary that’s really a profound statement on the healing power of art.)

Well NOTLD fans, you can throw all of those old transfers in the garbage. The ultimate version of this film has arrived… like an undead soul at our doorstep.

AN ANNOYING AUTOBIOGRAPHICAL PAUSE: Back in the dawning days of home video, the first VHS tape I ever purchased was Night of the Living Dead. My local K-Mart sold a blandly generic series of “Film Classics” for ten dollars each; most of these were older, public domain films with lapsed copyrights: My Man Godfrey, The Battleship Potemkin, It’s A Wonderful Life, and The Birth of a Nation. They were all eyesores, but I bought every single one of them. Years later, I taught a high-school film studies class and Night of the Living Dead made the syllabus every semester for decades. I have seen this film perhaps more times than I have seen any other single film. They’re coming to get ME, Barbra! 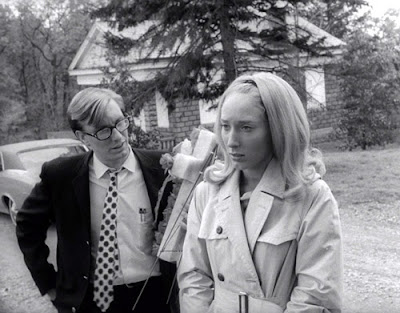 The Plot In Brief: Johnny (Russell Streiner) and Barbra (Judith O’Dea) are visiting their father’s grave when a cemetery ghoul (Bill Heinzman) attacks them. Johnny is killed, but Barbara manages to escape to a nearby farmhouse. Ben (Duane Jones) shows up and reports being beset by ghouls at a local gas station. Ben decides it is best to board up the house.

The pair soon meets young lovers Tom (Keith Wayne) and Judy (Judith Ridley), plus bickering spouses Harry (Karl Hardman) and Helen (Marilyn Eastman) and their daughter Karen (Kyra Schon). Harry thinks everyone should hide in the basement until help arrives. Ben has a plan to refuel his truck and drive everyone to safety. No one can agree on which plan is best. The ghouls keep attacking the house. Is anyone safe?

Night of the Living Dead is a landmark film and has been interpreted in a variety of ways as social and political allegory. Many critics saw the film as a critique of the Cold War, a metaphor for the Vietnam War, or a commentary on racial strife in the America of the late 1960s. Director and co-writer George Romero always denied these interpretations and insisted the film was simply about the breakdown of everyday life. The people trapped in the farmhouse have such a difficult time communicating with each other and working together that they are simply no match for the real threat outside. 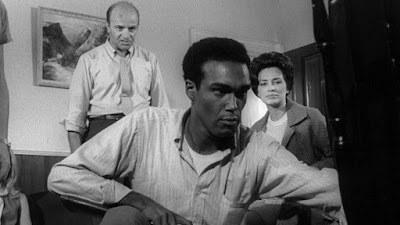 Some have claimed that Night of the Living Dead actually provides a scathing socio-economic critique of the era (era) in which it was made: Barbara—naïve, young and simple—represents the American people. She is “Everyman, led astray by the wandering ghouls of a Capitalist system run amuck” and trying to find the way back home. Additional metaphors include Ben as a representation of American truckers, embodying the Teamsters and their union troubles in the late 20th century; Tom and Judy, representing industrial workers, especially those in the steel industry (It is not for nothing that the film takes place in Pittsburgh, the home of USS Steel); and Harry Cooper as a metaphor for Jimmy Hoffa. Don’t dismiss this—think about it!

Okay, I made that whole last paragraph up. It’s impressive-sounding, but nonsensical, bullshit. Some people think anything can be a metaphor for everything.

For years, I used a brilliant essay on the film by Rod Bennett and Lint Hatcher as a homework assignment. I ran into these writers at a horror convention, explained that I was a high-school film teacher, and asked if I could make “about a million” Xerox copies of their piece and distribute them for free to my students. They agreed. They are great guys. You can read their essay, “Monster Fan 2000,” here. 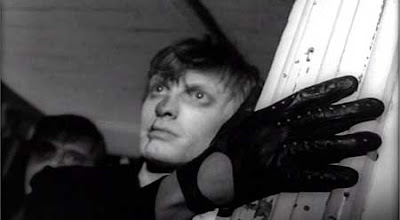 I remember a few months ago, friend-of-the-site Mike Piccoli informed me that he was attending a screening of the new 4K restoration of NOTLD at the Music Box Theatre, the happiest place on Earth. After the screening, I texted Mike and asked him how it looked. He replied, “It’s the most beautiful thing I’ve ever seen.” This then necessitated that I haul my weary ass to the Music Box to see for myself. It was everything Mike promised. I even noticed that a few shots seemed a tad longer, and I do not think that it was my imagination.

The new Criterion disc is sourced from this Museum of Modern Art restoration, and it is an astounding transfer. I am VERY familiar with this film—yet the new transfer revealed details that I had never noticed before, including the textures of walls and perspiration on actors’ faces. This new disc likely looks appreciably better than the film looked during its original theatrical run. 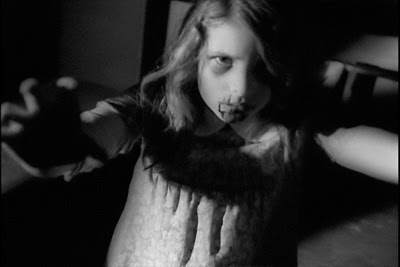 Although I commend the Criterion Collection for including such a bevy of extras, (Most aficionados of the film would have bought this new disc for the transfer alone.) I must confess that said extras are a mixed bag. The special feature that I was most eagerly anticipating was a talk with Robert Rodriguez, Frank Darabount, and Guillermo Del Toro about the legacy of the film. I was disappointed to find that they were all filmed separately and cut together; the disc’s pre-release publicity had me anticipating a round-table discussion with all three filmmakers in the same room. Much better were short featurettes with John Russo, explaining the genesis of The Latent Image, the production company that was the genesis of NOTLD’s core team; a reunion of some of the film’s zombie extras fifty years later, reminiscing about the shoot; and an incredible video essay about Romero’s use of stock music cues to form the soundtrack that we all know and love. 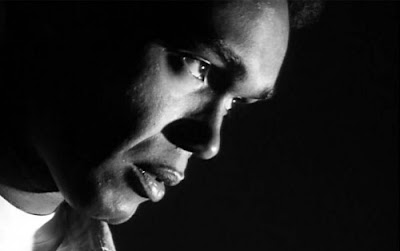 Also of interest on the Criterion disc is a vintage television segment from the Tomorrow show with Tom Snyder, featuring George Romero and Don Coscarelli talking about horror films back in the summer of 1978, which saw the release of Dawn of the Dead and Phantasm. It took me back to a time when talk shows were just that—interesting talk between intelligent people, not pre-packaged promotion for the movie du jour or the happy happy host playing moronic parlor games with his equally moronic guests. Now GET OFF MY LAWN.

Chills: 110%
(This is one of the scariest films ever made. The ending alone qualifies it as such.)

Spills: 100%
(The film contains explicit gore that was unusual in the 1960s, and undead make-up that set the standard for a decade or more.)

Ghouls: 100%
(The film practically invented the trope of the shambling flesh eater.)