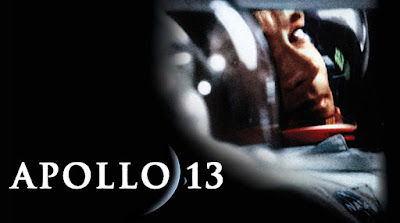 This movie could eat the ass out of a dead rhinoceros.

1. It Celebrates Intelligence and Grace Under Pressure 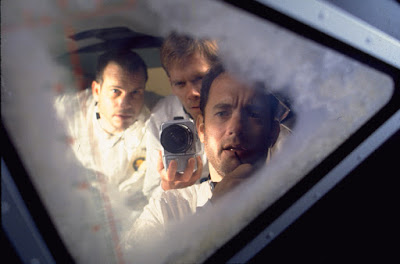 It may be our cynical political climate (or just a natural byproduct of getting older), but it feels like it’s been a geological age since I’ve been truly inspired by the glory of human achievement. Our current leaders are petty and petulant, a vulgar circus of elevated mediocrity. Every day feels like our worst, each event a new low in an endless spiral toward doom. The truth is that this is a transition period, an awkward and messy birthing process for new social norms and national heroes. Change is slow and excruciating at times, and while we wait around to see what shape that change will take, many of us are adrift and more than a little aloof. With that in mind, there may never have been a better time to revisit Apollo 13, a film about intelligent, brave, capable savants at the height of their powers. In fact, the only thing more amazing than the people depicted in the film are their real-life counterparts, the astronauts and technicians who brought the actual Apollo 13 back to Earth safely. Much of the tension and conflict between characters had to be engineered for the film because the real Lovell, Haies, and Swigert simply couldn’t be bothered to bicker or panic. I’ve read the mission transcript; it’s absolutely bonkers that they were able to do fucking calculus while their crippled life raft bounced helplessly through the cosmos and their oxygen stores leaked like a sieve. Ron Howard’s film is a celebration of their iron will and strength of character. These are heroics of the highest order. 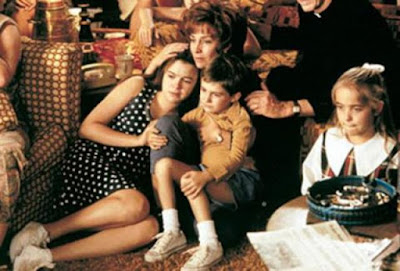 There are films I love desperately — films like Jaws, The Princess Bride, or The Silence of the Lambs — that don’t hold my complete and total attention like Apollo 13 does. I noticed it most on this rewatch, my first in three years or so: I put the DVD in the drive and proceeded to stand in front of my television for about an hour before realizing that I hadn’t yet looked away. It’s the opening scene at the Lovell’s, the one that simultaneously introduces the key characters and the camaraderie of astronaut culture. It’s the heartbreaking moment in which Ken Mattingly (Gary Sinise) is told that the flight surgeon has grounded him. It’s the exhilarating launch sequence, a textbook example of visual effects done with creativity and style (more on that in a minute). And it’s not just the action or the actors’ charisma — its that every moment has purpose and narrative propulsion. Apollo 13 is a 140-minute film with zero fat on its bones. For example: NASA boss man Deke Slayton (Chris Ellis) calls Jim Lovell (Tom Hanks) aside to tell him that he’s going to be commander of Apollo 13. Slayton says, “Hey, Jim. Can I talk to you?” The film then cuts to Lovell arriving at home, where he tells his wife Marilyn (Kathleen Quinlan) that he’s got the job. This is conservation of detail, of momentum, a conscious effort not to waste the audience’s time. More than any other factor, it’s perfect storytelling that keeps a movie’s engine humming.

3. It Trusts Us with the Technical Stuff 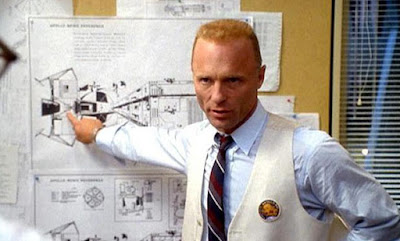 The sheer scope and scale of manned space flight boggles the mind. I’ll never comprehend the intricate technological details of the command module’s control panel or the Saturn V rocket’s ignition sequence. I’ll never be able to calculate the most efficient and precise order of power-up procedures or the exact trajectory necessary to avoid bouncing off the Earth’s atmosphere (which, apparently, is a thing that can happen). I am not a smart man, but Apollo 13 knows how to take care of me. When a film’s narrative centers around a deep dive into a special discipline like mechanics, sports, or (in this case) space flight, it can approach things in one of two ways: It can ignore the audience completely and carry on with its business (Shane Carruth’s amazing but frustrating Primer), or it can take the audience by the hand guide us like a toddler through each nook and cranny (the infuriating boxing commentators in Creed’s final battle). Apollo 13 finds a subtle and remarkable compromise: It dives head-first into processes and details as they become important to the characters and uses their emotional urgency as a kind of exposition. It’s a way of letting the audience ride along with the drama and, in some ways, almost feel like we’re helping solve the problems. Even many of the explanatory news reports on Earth are archival, which avoids any exaggerated melodrama that might betray a lack of trust in the audience’s intelligence. In the end, we’re not just watching these three men struggle to survive; we’re struggling with them.

4. It Demonstrates Remarkable Attention to Detail 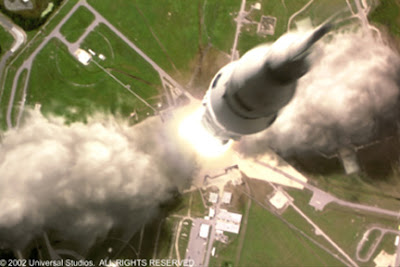 Apollo 13 was released in 1995, that magical time when filmmakers used the then-nascent CGI technology to assist a special effect rather than to build one in its entirety. Through computer effects were employed to create light, fire, and debris, Ron Howard’s team used scale models, matted background plates, and real sets, each one assembled with precise (and, according to producer Brian Grazer, often unnecessary and costly) detail. The actors used flight transcripts, interviews, and archival footage to keep their dialogue and behavioral ticks as accurate as possible. Most impressively, the zero-gravity scenes were performed without wires or digital trickery: Command and Lunar Module sets were built inside a Boeing KC-135, an aircraft designed to fly in a parabolic arc to produce short bursts of weightlessness. Howard then combined a few dramatic action shots in impossible angles with some replicated NASA footage for a takeoff sequence that allegedly fooled a few astronauts into thinking they were watching the real thing. Even the mission control scenes, shot with a remote-guided crane that sent the camera swinging and swooping over each terminal to get in tight on actors’ faces, have a sense of dynamic geography; that space never feels stuffy or cheap. Finally, fans of Apollo 13 should check out the DVD commentary from the real Jim and Marilyn Lovell. Listening to Jim talk the audience through every procedure (helpfully translating those endless NASA acronyms) and explain the function of each switch and button while he follows his on-screen counterpart’s actions is a total delight. 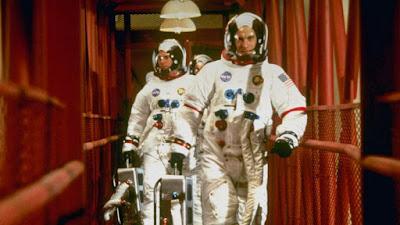 Five Things to Love is meant to be a port in a storm, a way to look on the bright side in times of trouble. It feels appropriate, then, to feature a film like Apollo 13. It’s a story about making the best of a bad situation, about looking with reverence and respect upon the things we’ve long taken for granted. Getting home, for example. Landing in one piece. “Our mission was called a successful failure, in that we returned safely but never made it to the moon,” Lovell says in the film’s closing soliloquy. It’s a goofy phrase at first glance, a contradiction that seems to reduce and oversimplify an impossibly complicated series of accidents and miracles into a colloquial footnote. But how often do we find ourselves struggling just to get back to a place we’ve already been? Doesn’t just keeping your head above water sometimes feel like a major accomplishment? Our lives are full of successful failures, and it’s stories like these that allow us to celebrate them with confidence. Most inspiring of all, Lovell explains that NASA went on with future missions, using the knowledge gained from the Apollo 13 disaster to develop advanced technologies and new solutions to unforeseen problems. Like all of us, it’s constantly shedding its skin and growing a new one, rebuilding itself in the wake of new experience and insight. Put simply: No one let this disaster beat them. Why should we? “I look up at the moon and wonder, ‘When will we be going back? And who will that be?’”