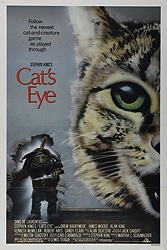 Stephen King's Cat's Eye (1985, dir. Lewis Teague) Shudder just added a number of Stephen King titles, including two TV miniseries and this underrated anthology from underrated director Lewis Teague. Two of the three stories are pretty great; the third, involving a tiny troll terrorizing a young Drew Barrymore, is fun in the way it executes its effects but is the weakest of the three. Still, there are fun King shoutouts and an amazing end credits song. I watched this on cable a lot as a kid, but forgot how much I liked it until revisiting on Blu-ray about a year ago. Don't make the same mistake as me. (Watch on Shudder) 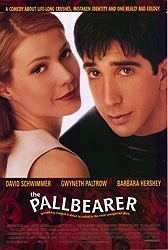 The Pallbearer (1996, dir. Matt Reeves) Here's a movie that got unfairly swept up in the "Friends can't be movie stars" trend of the mid-'90s. True, David Schwimmer may not have become a regular on the big screen, but there's so much to like in this dark comedy drama from Matt Reeves (his first film!), who of course has gone on to become a huge Hollywood director thanks to Cloverfield and the Planet of the Apes films. Gwyneth Paltrow is really good just before becoming a full-blown movie star, and while the movie owes too much to The Graduate, it still manages to be really sweet. All of the music is great, too. Give it a chance. (Watch on Hulu) 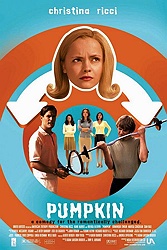 Pumpkin (2002, dir. Anthony Abrams, Adam Larson Broder) The early 2000s were such a unique and weird time for film. We were still living through the filmmaker-driven, studio indie movement of the late '90s and so odd little movies like Pumpkin could get made and released into a handful of theaters. Christina Ricci would often be in them, just as she is here. She is, unsurprisingly, great playing a sorority girl who begins a romance with a developmentally disabled boy named Pumpkin. There's no way this movie gets made in 2018, and it probably shouldn't have been made in 2002, as it's pretty distasteful the way the filmmakers play certain things for laughs. And, yet, the distaste is precisely the point. This is a movie that tries to walk a tightrope established by directors like John Waters and Todd Solondz, and while it's not always successful, I admire the moxy. (Watch free with ads on Vudu) The Thing Called Love (1993, dir. Peter Bogdanovich) Though it's probably best known as one of only a handful of movies Sanda Bullock made before becoming a huge star, Peter Bogdanovich's The Thing Called Love really should have made a household name of Samantha Mathis, who plays an aspiring country singer who moves to Nashville and befriends several other musicians, including Bullock (playing what is essentially a character role), Dermot Mulroney, and River Phoenix in his last screen performance before dying at age 23. It's slight, ok, but Bogdanovich shows an interest in understanding the scene in Nashville, the performances are incredibly winning (especially Mathis), and the songs are all really, really great. Watch the movie just for the music; the charming actors and romance are just a bonus. (Watch on Amazon Prime Video)
Posted by Patrick Bromley at 12:00 PM