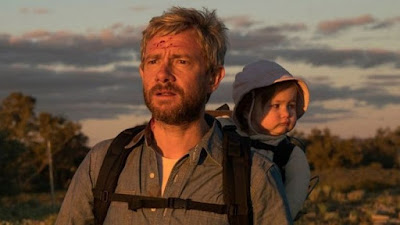 Dying is easy. The hard part is letting go.

It’s difficult to talk about a film like Cargo, which premiered on Netflix this week, without resorting to well-worn hyperbole about its “bold new take” on the zombie genre. It’s also difficult to call it “more than” a zombie film without falling into the same subliminal (or, in some cases, clear and intentional) ghettoizing of horror for which the cinematic intelligentsia has become so famous in light of critical successes like Get Out and A Quiet Place. Instead, it might be most productive to call Ben Howling and Yolanda Ramke’s film “an existential family drama with zombies.” Because aside from the occasional guts and gore, Cargo isn’t a horror film at all. It’s about survival and sacrifice, sure, as well as the lengths to which we’ll go to protect the ones we love. But it’s rarely interested in scares. At its heart, it’s about how we shape a meaningful life out of our limited time on the planet and how we choose to face the inevitable moment when we’re forced to say goodbye. 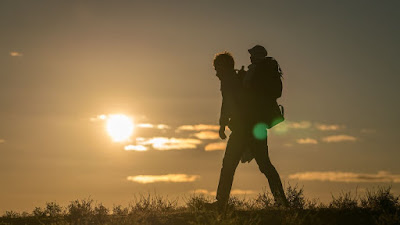 Based on the 2013 short of the same name (also written and directed by Howling and Ramke), Cargo stars Martin Freeman (Sherlock, The Hobbit) as Andy, a man desperate to guide his young family through the post-apocalyptic Australian Outback. With his wife, Kay (Susie Porter) and infant daughter, Rosie, he drifts downriver on a derelict houseboat in the hopes of avoiding the zombie-infested coastline at all costs. But when Kay becomes infected, Andy has 48 hours (indicated by a government-issued wrist timer — a nice world-building touch) to get his wife to an inland hospital. Kay soon succumbs, of course, and she leaves Andy with a fatal bite and ticking clock of his own. Now cut off from his boat and his future, Andy must find someone to take care of Rosie when he’s gone. Will it be the matronly Etta (Kris McQuade), the survivalist Vic and his wife Lorraine (Anthony Hayes and Caren Pistorius), or a young Aboriginal girl named Thoomi (Simone Landers), who keeps her own zombified father as a pet?

While Howling and Ramke’s photography lovingly captures the stark and beautiful Australian landscape and their careful direction produces great sight gags and emotional moments, Cargo is a film driven largely by a thoughtful screenplay performed well. The very first character beat — in which the doggedly-cheerful Andy waves to a camping family and gets threatened with a gun for his trouble — cues us to pay closer attention to the smaller human moments than to the worldwide zombie drama. No one does quiet exasperation quite like Martin Freeman, making him the perfect choice for a character endlessly oscillating between his responsibilities as a father and his fears as a human being. As he drifts deeper and deeper into infection and insanity, Andy’s urge to end his own life for his daughter’s protection keeps bumping up against his desire to stay with her as long as possible, his primal instinct as a parent to see her in the safest hands available. Freeman’s performance is unlikely to set the world on fire, but it is genuinely great.* 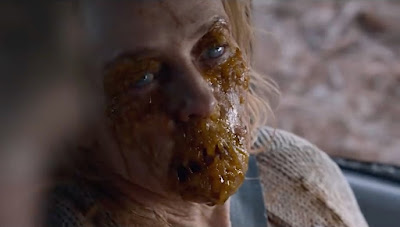 Also great is the way Cargo resists clumsy exposition at every turn. We don’t know or care why or when the zombie outbreak started. We know the government has a contingency plan in place (the Death Timer Fit Bit comes out of a box that also includes a mouthguard for those about to transform and a spring-loaded spear for those looking to spare themselves the pain), and we’re told that many Australians have avoided the outbreak by going “back to the old ways,” trading the cities for the bush. But Cargo never wastes our time on details that don’t matter or characters who exist solely to be eaten. Every single death is given depth, weight, and narrative significance, culminating in a final reveal that would be hilarious if it hadn’t been delicately foreshadowed throughout the journey. Characters like Vic — a greedy and opportunistic doomsday prepper who strips corpses of their valuables and uses other humans as bait — recall Romero’s familiar “humans are the real monsters” motif without overindulging in it, and a tragic late-story meeting with another desperate father shows Andy the cost of cowardice without beating the audience over the head with misery porn.

Though the film wisely avoids overextending itself in terms of scale, one misstep might be a slightly undercooked storyline involving Thoomi and her Aboriginal family. The character parallels are clear — like Rosie, Thoomi is a little girl who has lost (or will lose) her father and needs to find her way home — but there’s an occasional lean toward “native mysticism” that feels more like lip service than a theme being properly explored and developed. David Gulpilil stars as The Clever Man, a shaman who appears to Andy at significant points in his journey, but his role in Cargo’s larger political and social messaging is hard to pinpoint. Is the film arguing that humanity is better off returning to nature to live off the land? Is it positing, as Thoomi insists, the zombification is simply a robbery of the soul, a spiritual attribute that can be reinstated under the right circumstances? Again, it’s hard to tell. Regardless, Simone Landers delivers a mature and understated performance that keeps us rooting for Thoomi all along. 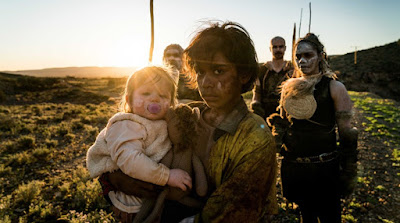 Cargo will likely underwhelm those looking for fast-paced zombie action, but it will resonate soundly with parents, especially those of young children. It feels a bit cheap to play that card (and this isn’t to suggest that those without children lack the necessary empathy to appreciate the severity of the situation), but Andy’s powerless despair will be hauntingly familiar to anyone who’s ever had to change a diaper in the back seat of a car, and his single-minded focus and determination will ring true to every one of us who’s ever held our future in our hands and hoped — beyond all soul-crushing, unrelenting evidence to the contrary — for a better world. Cargo is a film about people making impossible choices with no time to think about their consequences. For most of them, there is no future, no survival. There is no cosmic reward for a life well lived. There is only that one last decent, cathartic thing they can do before they say goodbye. In the grand scheme of things, we should all be so lucky.

*One moment that floored me: Andy hands Rosie over to Vivian and says, “Please look after her.” It’s not a pleading request. It’s not even an instruction. It’s the most important thing he’s ever said. Freeman’s eyes convey what his words cannot.
Posted by Patrick Bromley at 12:00 PM