The review duo who are playing things loosey goosey this week.

Adam: This week, Rob and I are going to steal Patrick and Doug’s “F Everything” episode format but do it in written form so it’s different and less good. We’re calling it “Open Seating.” Rob, to start out, name one up-and-coming actor/actress that is starting to become a favorite of yours? The criteria being their presence in the film makes you much more likely to see it.

Rob: The first name that came to mind was Margot Robbie. I know she’s been a growing fixture in the Hollywood landscape for a few years now, but I still don’t think she gets enough credit for being a both a remarkable actress and a genuine movie star. It’s not just that she’s beautiful; she has texture and dynamism and great comic timing. She has that indefinable thing, that Rosario Dawson Thing. She knows just how to work a camera that is totally in love with her. That moment in the mirror in I, Tonya? I know she was nominated for an Oscar, but come on! She’s a staggering presence, and I don’t think we’ve seen her best work yet. I hope she ends up with Charlize Theron’s career — “sex appeal” roles early on that give way to genuine opportunities for taking risks and shaping a landscape change for other actresses. She makes it look really easy, and I hope we stop taking her for granted. Who’s your pick? 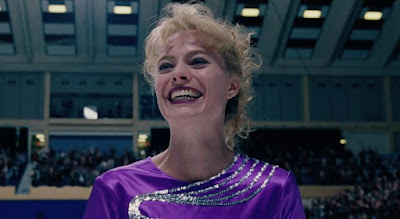 Adam: I like Margot Robbie a lot. It’s cool that she has I, Tonya under her belt, because now she’ll be considered a lead where before she was more a co-lead or supporting performer. She’s great. Mine would be O’Shea Jackson Jr. He’s only 27 and somehow a more engaging actor than his dad. His performance in Ingrid Goes West was what really won me over because he doesn’t have any vanity and really embraces what a dork that character is. He also was the best thing in Den of Thieves. It’s an okay movie, but whenever he was on screen I was more interested. I feel like we haven’t seen everything this guy has, and that’s very exciting since he has been solid in every part thus far.

Next question, you were around a video store throughout your youth. What is one VHS/DVD cover that traumatized you and did you ever see the movie? I was always scared of the VHS cover for Rabid and then I eventually saw it and the movie itself was only half as scary as the cover box.

Rob: I can think of three specifically: Evil Dead 2 (the skeleton was looking right at me!), Jason Goes to Hell (the snake went through the masks’s eye holes!), and, weirdly enough, 1993’s The Good Son, a “psychological thriller” starring Macaulay Culkin that I’ve still never seen. The tagline is “Evil Has Many Faces,” and the cover is just Culkin doing a kind of wry smile. It seemed innocuous enough — his face was such a mainstay of my youth — but there was a kind of calm, creeping darkness to the image that made me realize just how sinister he can actually look. It kind reshaped my thoughts on Home Alone, too (though The Pagemaster remains unblemished in my memory). Have you seen it? 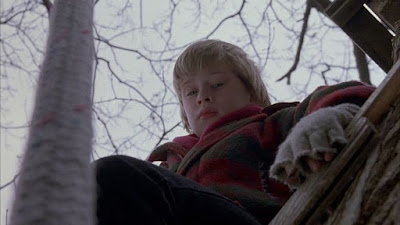 Adam: The Good Son was a fixture of my youth. I wrote a book report on the junior novelization. It was a fine piece of literature. I read that book before I ever saw the movie because my parents were hesitant to let me watch it in its first-run. Oddly enough, when it got to the second-run theater, they were like “Yeah, what the hell. If it’s only a dollar, who cares if it’s wildly inappropriate?” From what I remember, I never disliked The Good Son but there are things about it that give me more pause as an adult than it did as a kid. Macaulay Culkin’s character is basically a Michael Myers in training and the movie doesn’t shy away from some really icky elements. It’s not graphic, but they describe just enough for you to work it out in your brain, which is equally unpleasant. The finale is one of the craziest things you will ever see in a movie. I almost want you to guess ten things that could happen at the end of The Good Son and then see you watch the last five minutes of the movie just to witness your reaction.

My next question: Have you seen the trailer for Destination Wedding starring Winona Ryder and Keanu Reeves?

Rob: I have now. What is Keanu doing with his voice? Also, I liked this idea when it was called Table 19. Wait, no I didn’t. That movie blows.

Adam: It’s the same voice he uses in John Wick (and wardrobe and look) and those Squarespace commercials. I gotta say, the trailer makes me sort of mad because now that I know this was possible, why aren’t there seven or eight Ryder-Reeves romantic comedies by now?

Rob: I want a romantic comedy where Keanu’s actually in character as John Wick. But now that I think of it, you’re right. Can we review this when it comes out? If anything, it’s bound to be charming as fuck. The tone of this trailer also makes it seem like they should run into the guys from The Trip at some point along the way. Like, the guys are sitting across the restaurant doing Keanu impressions and he just walks over and sits down. 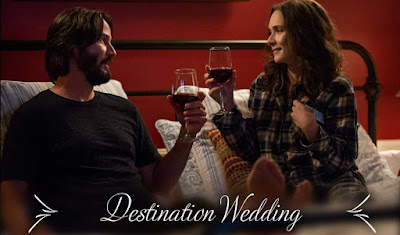 Adam: We will absolutely review this. This trailer makes me most happy because it is announcing to our generation that we are old. This is the type of movie we used to see starring Donald Sutherland and Helen Mirren and now it’s with actors we grew up with. I’m so happy I can just be old now and have the younger generations roll their eyes at me, completely oblivious to the charms of Ryder-Reeves. If you could have any two actors from our youth team up for a romantic comedy/drama, who would it be?

Rob: Julia Stiles and Elijah Wood. Don’t ask me why. It just feels right. I want to see them shopping for a bidet or taste-testing frozen yogurt. I’ve also been thinking a lot about Rachael Leigh Cook (when am I not), and I was thinking that her bubbly Josie and the Pussycats personality mixed with someone irascible like Topher Grace would be fun. Also, Eliza Dushku. Not sure who to pair her with. Just wanna see her in stuff again. Okay, my turn: You get a sequel to one Kevin Costner movie. He’s shooting it this year, at his current age. What is it?

Adam: I feel bad for Stiles and Wood that their career has reached this point.

Costner sequel? Definitely Draft Day. Every year a new Draft Day. In DD2, Vontae (Chadwick Boseman) has recommendations and Costner’s like “I want to do it my way, Vontae! Just twice I want it to be my team!” Then Frank Langella hands Costner a Blu-ray of A Bigger Splash so he can say “I want you to make this, Sonny” and Costner says, “A Bigger Splash?” and Langella goes “That’s right. This year’s draft needs to be a bigger splash.”

So, I’m coming to visit in August and we’re going to Monstermania convention again. Which celebrity would you want to meet the most from the announcements thus far? I’m a little sad Alison Lohman isn’t coming back, because my dream is to get a picture with you, me and her every year for twelve years and make calendars for everyone.

Rob: It would be called “A Perfectly Pleasant Calendar.” So, I feel like the right answer for me is Carl Weathers, but Pauly Shore is throwing a monkey wrench into this whole thing. We were talking about this before, and he absolutely has to sign my Goofy Movie DVD. Then again, I almost want to pay to meet Rob Schneider just so I can throw a pie in his stupid face and tell him his political views are terrible. Also, it looks like Robert Englund will be doing a “face-off” photo shoot with Kane Hodder, but only Hodder will be in costume? Is that a thing that happens? That’s like if Mark Hamill and David Prowse did a photo shoot and Prowse was wearing pajamas. What about you?

Adam: I would love to take a photo with Andrew McCarthy where you are playing Jonathan Silverman and you’re both holding me up as I pretend to be dead. 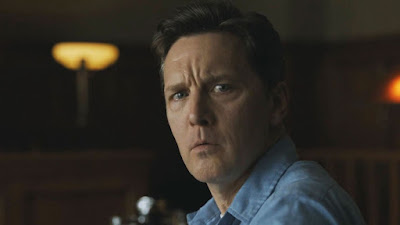 Rob: Yes! Speaking of your Philly trip, we’re planning on checking out a Phillies game. What actor would you like to see play your favorite White Sox player(s) in a movie? I’d like to see Paul Rudd play Chase Utley.

Adam: Actually, I would want to see you play Nicky Delmonico in The Nicky Delmonico Story. I’m totally buying a Phillies hat btw for the game. Do those Phillies-Mets showdowns get heated among the fan base?

Rob: I would be honored to be your Nicky Delmonico. The Phils-Mets thing will always be heated, but it hasn’t been as intense in the last few years because the Phillies had been (HAD been — 2nd place in the NL East at the time of this writing) so bad and the Mets were kind of battling the Nationals more. We’ll be pretty safe at our game. No one in Philly seems to really notice how good the team is right now (aside from die-hard fans), so I expect it’ll be a low-key experience. Can’t wait for you to get some crab fries and take a picture with the Harry Kalas statue!

One more question: Are you down for Jake Gyllenhaal as the new Spider-Man villain?

Adam: I am. I sort of wish he was playing a Marvel superhero so he could be in more films, but I’ll take what I can get. It will be fun to see him in another big-budget release like this again. He got the short end with that whole Prince of Persia thing. On a similar subject, did you know that Al Pacino is a big fan of Guardians of the Galaxy? I pray that he makes it into Vol. 3 as Star Lord’s grandpa. He’d be all “I gotta...MIX TAPE!”

Rob: Until next time…

Adam: These seats are OPEN!
Posted by Patrick Bromley at 5:00 AM