The final picks for Junesploitation and beyond! 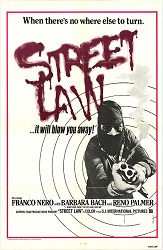 June 29: Mosploitation! - Street Law (1974, dir. Enzo Castellari) Today is a tribute to the Pure Cinema Podcast, who invented the category of Mustache-sploitation on their recent "Exploitation Sampler" episode. When I hear "mustache," my brain immediately goes to one man: Burt Reynolds. But then a few seconds later it goes to another man: Franco Nero. Street Law is basically the Italian Death Wish, only instead of Nero seeking revenge for crimes against his family, he's getting revenge for crimes committed against himself. His mustache will get justice. Justache. (Watch on Amazon Prime Video) 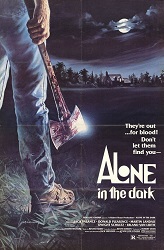 June 30 - '80s Horror! - Alone in the Dark (1982, dir. Jack Sholder) This has been hard to see for quite some time, so god bless Shudder once again for rescuing it from potential obscurity and making it available on their streaming service. This is former editor Jack Sholder's first movie before he would go on to make A Nightmare on Elm Street 2 and The Hidden, and his background in editing means he knows how to put a movie together. This is a fun little sort-of slasher that unites the likes of Donald Pleasance, Martin Landau, and Jack Palance in the story of a group of lunatics that break out of the asylum on the night of a huge blackout. Well worth a look on '80s Horror day and a fun way to close out the month. (Watch on Shudder) 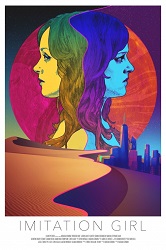 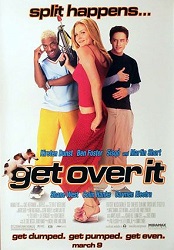 Get Over It (2001, dir. Tommy O'Haver) Nothing will wash out the taste of #Junesploitation like a dopey teen comedy from the early 2000s. Technically, this one isn't dopey -- at least, not all of it. There's a very smart, very funny movie about a recently dumped kid (Ben Foster) getting his groove back by falling for his best friend's sister (Kirsten Dunst) and getting a role in a musical production of A Midsummer Night's Dream. The songs are great, the actors are charming, and Martin Short crushes every scene as a high-strung drama director. Unfortunately, this was released in the wake of American Pie and There's Something About Mary, meaning every 20 minutes or so we get an unrelated "outrageous" scene that could easily be cut and would make the movie much, much better. I have never confirmed that these were studio-mandated additions, but I have my suspicions. The good stuff outweighs the bad, though, and if you've avoided this because you thought it had a bad title (it does) or looked stupid (it did), just know that it's one of those sneaky-good movies that comes around every couple of years. (Watch free with ads on TubiTV) 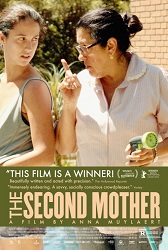 The Second Mother (2015, dir. Anna Muylaert) No sneaky-good here, just good-good. This Brazilian film stars Regina Casé giving an incredible performance as the longtime maid of a wealthy São Paulo family who has her life and routine disrupted when her daughter (Camila Márdila) comes to live at the house for the summer. This is a sometimes funny and often deeply heartfelt movie about motherhood and class disparity. Don't let it go under your radar. (Watch on Hulu)
Posted by Patrick Bromley at 5:00 AM

Email ThisBlogThis!Share to TwitterShare to FacebookShare to Pinterest
Labels: alone in the dark, franco nero, get over it, i stream you stream, imitation girl, jack sholder, the second mother