Taking it Back: CLERKS 2 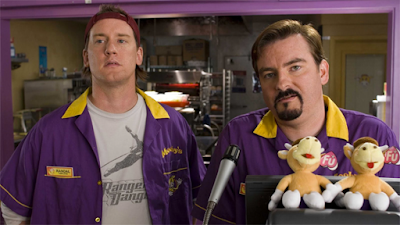 When Kevin Smith announced plans for 2006’s Clerks 2, many — including Smith himself — were quick to accuse the writer/director of going “back to the well,” of re-opening the door to his shared View Askewniverse too quickly after slamming it shut in 2001’s Jay and Silent Bob Strike Back. After the relative failure of Jersey Girl, his first (and still unfairly-maligned) attempt at more family-friendly fare, returning the safe and familiar world of his 1994 breakout felt more than a little like copping out. It felt cheap. It felt uninspired. Why revisit these characters? Who cares what Dante and Randal (Brian O’Halloran and Jeff Anderson) are doing a decade after Clerks? Doesn’t Smith know that comedy sequels rarely work? And while Clerks 2 does often feel like a retread of tired gags punctuated by knowing and almost apologetic winks to the camera, it also acts as both a brutal indictment of the politically agnostic slacker culture the original Clerks helped foster and a reflexive affirmation of Smith’s deepest-seeded creative identity. 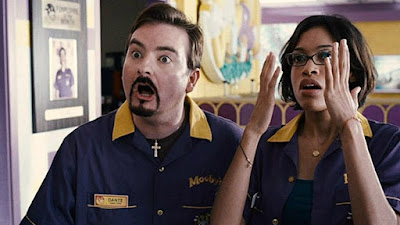 Despite all the confrontation and personal growth that occurred the night of Julie Dwyer’s funeral ten years* ago, Dante Hicks is still jockeying a cash register at Leonardo, New Jersey’s Quick Stop. But when the store burns down, he and best friend/cohort in chaos Randal Graves move their operation across town to Mooby’s, a fast food chain based on the Disney expy Smith introduced in Dogma. With the help of adorkable neophyte Elias (Trevor Fehrman) and space goddess from Mars Becky (Rosario Dawson), the clerks battle customers and sling burgers while a newly-sober Jay and Silent Bob (Jason Mewes and Kevin Smith) provide their usual brand of whimsy and mischief. When Dante announces his intentions to move to Florida with bubbly fiancée Emma (Jennifer Schwalbach), however, Randal sees for the first time just how lonely and hopeless his future truly is. While Randal sets out on a mission to send his best friend off in style, Dante faces revelations that complicate his own future and force him to finally shit or get off the pot.

Though Smith demonstrated considerable growth as a screenwriter in the years since the original Clerks, there is a homemade quality to the sequel’s screenplay that feels straight out of that period in his life. The dialogue is wordier and more stilted than that of his (then) recent films, the kind of overwritten and almost inhuman wordplay we all churn out in our teens and early twenties (said Harrison Ford to George Lucas: “You can type this shit, but you can’t say it!”). This feels intentional and, when combined with the unpolished indie sensibilities of actors O’Halloran and Anderson, gives Clerks 2 a kind of metatextual connection with its predecessor. Smith isn’t correcting the mistakes of his low-budget days; he’s reveling in them, making the kind of film he’d have made if — like his characters — he’d never left New Jersey. Original Clerks cinematographer David Klein returns with a few more tricks up his sleeve (a crane here, a dolly there), but the film’s single location and washed out look (purposely desaturated to evoke black and white) match form with content in an appropriate way. 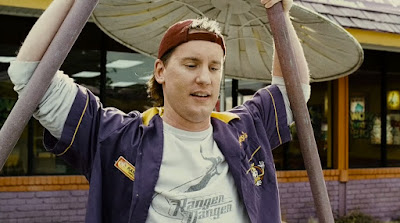 Clerks might have spent time celebrating its heroes’ Can’t-Do ethos, but its sequel is far more interested in confronting them about it. Dante and Randal are too old to be working in fast food, sure, but it’s about more than that; it’s about the waning influence of Gen X cynicism, the illusory profit of proud ignorance. The original Clerks spoke to a burgeoning generation of young people disconnected from ‘80s era (era) culture and empowered their anti-establishment mores. Responsibility was for other people: the drones, the normies. To most audience members, Randal was the hero, a self-possessed rebel who didn’t take anyone’s shit and showed Dante how to Live Deliciously. But in 2006 (and exponentially, horrifyingly more so in contemporary viewings) Randal is a sad, confused, out-of-touch dinosaur. His homophobia is cringeworthy, and his defiant rejection of an inclusive and interconnected society (typified by his “porch monkey” outrage and his “crippy boy” commentary) foreshadows every mansplaining internet troll who refuses to let basic human empathy override their delicate intellect. 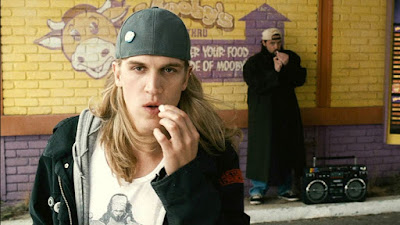 This isn’t to say that Smith has no sympathy for his creations. Randal may have instigated the terrifying donkey sex show that likely got them all fired from Mooby’s, but it was also his idea to buy the shuttered Quick Stop and reopen it with Dante as co-owners. His jailhouse confessional is the best scene in the film because it betrays his own frustration with his immaturity and disconnection. “I hate everyone, and everything seems stupid to me,” he says. “Who would want me as their friend?” Dante would, and that’s why nothing else feels right. Along similar lines, Dante may have failed a test of Prescribed Adulthood by cheating on his fiancée and not moving to Florida to manage her father’s car wash empire, but his commitment to Becky and investment in the Quick Stop are the kinds of life leaps that make sense to him, the ones that ultimately turn out to be more rewarding. Smith isn’t saying that slackers need to grow up and get jobs; he’s saying that being honest with ourselves about who we are is often the hardest thing we’ll ever do. 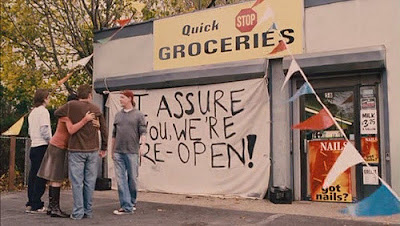 Which brings us back, all these years later, to the Quick Stop. Citing Robert Rodriguez’s Rebel Without a Crew, Smith is fond of saying that he made a movie about a convenience store because it was the only thing he had unfettered access to. That was his world. It wasn’t the fanciest or the most prestigious, but it was his; it belonged to him. By sending the characters who launched his career back to their ancestral home, Smith seems to be making a commentary on that very career. Though he spent many years fighting his way out of New Jersey and grappling for indie credibility, feigning cinematic ambition was never as rewarding as doing what Smith was good at. There will always be outside pressure on any artist (read: person) to grow and change in dramatic ways, to always be adding tangible highlights to our existential resumes. But as Clerks 2’s final shot dollies away from the counter and its heroes fade back into monochromatic obscurity, we realize that familiarity isn’t the same thing as stagnation and opportunity is not the same thing as reward. Sometimes, Smith seems to say, the best place to be is right where we belong.

*In-universe, according to Smith.