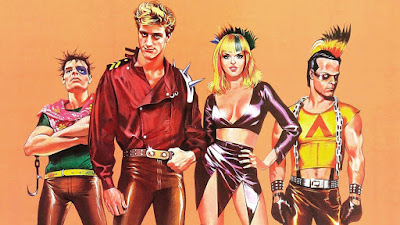 One of my favorite genre directors deserves your attention.

I have come to the realization over the last 5-10 years that screenwriter, producer, and director Mark L. Lester is among my favorite filmmakers. His movies are unabashed celebrations of so much of what I love about movies, which makes sense given how often he works in exploitation and genre film. He's a director who knows how movies work and how to deliver just what we want from them. He seems like the kind of guy who only ever made the kinds of movies he would want to see, and that spirit comes through in the films he made. Even among genre directors, I don't feel like he gets talked about enough. Hopefully this list of some of his best and/or most essential works will help to shine a light on a filmmaker who made a lot of really cool movies that I love a whole lot. 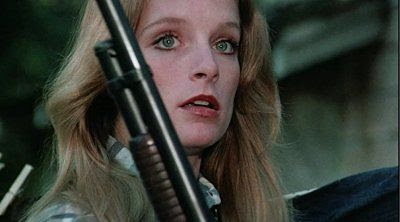 Like a lot of the movies that are going to show up on this list, I've talked/written a lot about Truck Stop Women on the site already. I know a number of you watched it this past Junesploitation and were underwhelmed, but I'm a big fan of one of Lester's earliest films in which Claudia Jennings (!) and her mom (Lieux Dressler) run a brothel out of a truck stop. This is pure drive-in movie joy, which Lester does really well -- he's far more interested in creating pulp entertainment than he is in making "art." This is not to say that pulp entertainment isn't art, only that his films have no pretense of making larger statements or pushing the cinematic form forward. The spirit of exploitation runs deep in all of his movies, as they celebrate those aspects of the genres in which he works that draw us to them. Truck Stop Women is sexy and violent and exciting, and that's all Lester is after.

2. Bobbie Jo and the Outlaw (1976) Another really good movie from Lester's drive-in era (era) stars Lynda Carter and Marjoe Gortner as young lovers who go on a crime spree -- a kind of redneck Bonnie & Clyde, only Clyde is the spawn of William Katt and a vulture and Bonnie is Lynda fucking Carter. Have I mentioned that Belinda Balaski is also in this movie? Like Truck Stop Women, Bobbie Jo is nothing more than an entertainment machine, packaging together the best elements of '70s drive-in cinema, primarily fast cars and beautiful people (and Marjoe Gortner). I love how unashamed Lester is of making a certain kind of movie and just how well he does exactly that. 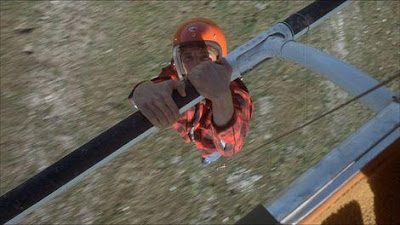 A really fun, really underseen little movie starring Robert Forster as a stuntman who comes onto a movie set to investigate the death of his brother, dismissed as a stunt gone wrong but which he suspects to be foul play. This is a fun way to combine the "making a movie" genre with an action movie with a murder mystery, and Robert Forster is characteristically great in one of his leading man performances. Lester's tendency to strip away anything that isn't action is actually turned into text here, making this movie uniquely personal for him and essential in understanding what makes him such a special director.

4. Class of 1984 (1982) Lester went to Canada to make this cult favorite, a movie that was banned in a number of countries when it was released. Of all the movie's made during Lester's exploitation period (of which this represents the end; it's followed by his 'commercial' period and then his DTV period), this one is the best: it has the most energy, the most attitude, and is the most willing to cross the line. He's in greater command of his skill set as a filmmaker while at the same time leaning even harder into the elements of exploitation that have defined his career thus far, and while I know there are a lot of audiences who consider Class of 1984 to be trash, I would argue it's one of his most artful films. I love it. 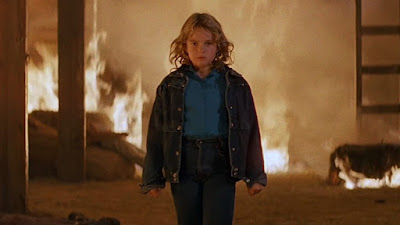 This was Lester's first big chance a commercial movie. He was hired to take over for John Carpenter, who was fired off the film after The Thing bombed at the box office. I get that Carpenter to Lester feels like a pretty major step down for most of you reading this, but I'm a huge fan of what the replacement director did with this material. It's too long, but Lester's adaptation of Stephen King's novel offers a great cast (Drew Barrymore, Art Carney, David Keith, Martin Sheen, a lunatic George C. Scott), a gorgeous Tangerine Dream score, and amazing pyrotechnic effects. It's super underrated, and while it's not "elevated" the way it might have been under Carpenter, I like that Lester's straightforward approach to genre comes through even on a movie of this scale.

6. Commando (1985) Having scored a modest hit with Firestarter, Lester was handed his biggest movie to date: a major studio action movie starring Arnold Schwarzenegger just as he was beginning his rise to cinematic superstardom. As I've mentioned many times before, this was the first R-rated movie I was allowed to see and is responsible for my love of #HeavyAction. The movie is crude and fairly artless but utterly efficient, once again highlighting Lester's ability to put all the stuff we love about genre movies at the forefront and eliminate any fat. Commando was one of the highest-grossing movies of 1985 and bought Lester the next few years of his career. He would never make another movie as successful as this one. 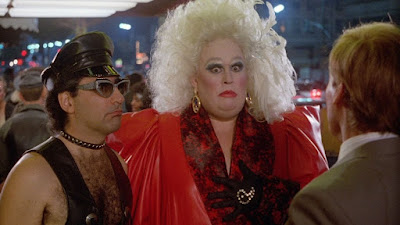 When you direct a huge commercial success like Commando, you start getting opportunities to make studio movies with big stars like John Candy. Lester made his only real comedy with Armed and Dangerous, which stars Candy and Eugene Levy (plus a young Meg Ryan) as hired security guards who get caught up in a big criminal scheme. The action stuff works better than the comedy, which shouldn't be a surprise given who's directing; it reminds me a little of something like Brewster's Millions, where a great action filmmaker (Walter Hill) shows less of a propensity for comedy. I think it's important to include Armed and Dangerous on the list to understand the bigger picture of Lester's career, but this is probably my least favorite of all the titles I'm talking about.

8. Showdown in Little Tokyo (1991) Lester took a few years off after Armed and Dangerous and got back to what he does best with Class of 1999, a super entertaining sci-fi sequel to his 1982 cult classic. Following that, he closed out his theatrical period (other movies got theatrical releases, but were primarily discovered on video and HBO) with Showdown in Little Tokyo, a buddy cop movie teaming Dolph Lundgren with Brandon Lee. Lean, mean, and insanely violent (like, this movie maybe shouldn't have gotten an R), Showdown once again shows Lester leaning into his love of genre and cleverly working with an established action star in Lundgren while trying to introduce a new star in Brandon Lee. Like a lot of the films on this list, this one might be easily dismissed as generic junk (not by the people who read this site, who know the goods). But considering it in relation to all of the other titles in Lester's filmography, one can see just how proficient a genre filmmaker he is. His movies deliver. 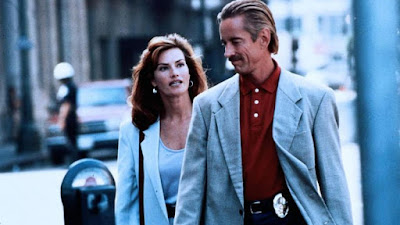 Another Lester movie I have championed on this site for several years. An amazing collection of character actors (it's like Extreme Prejudice for the DTV crowd) are gathered to play a crew of dirty cops attempting to initiate Lou Diamond Phillips but not counting on his sense of morality. This is maybe the last great pure action movie Lester made: the drama is heightened to almost histrionic proportions, the action is bloody and violent, the cast tearing into the pulpy material like they may never be asked to act again. I wish this would get a Blu-ray release (hell, even a decent DVD release would have been nice), because it would help action movie fans discover it as one of the great gems of the 1990s.

10. Night of the Running Man (1995) Though he has continued to work since the 1990s, much of Lester's output in the last 20 years (which I'm calling the DTV period) has offered diminishing returns. This thriller, starring Andrew McCarthy as a cabbie who finds a bunch of money in his cab and is then pursued by Scott Glenn's mob hitman character, lacks some of the excess and bombast of Lester's better movies, but there's a lot of the director's trademark focus on display: the film is exactly what it sets out to be and nothing more. In a time when more and more movies -- even those packaged as escapist entertainment -- feel big and overstuffed and careening out of control, there's something wonderful about Lester's ability to cut through all the bullshit and consistently deliver the goods. That is its own very special kind of art. 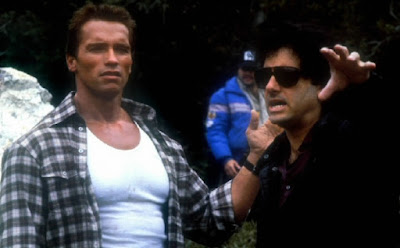