Another Best Summer Ever: 2003 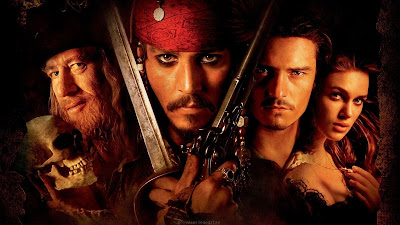 My pick for the best movie summer of the 2000s.

Last year, I wrote an article about 1995, my favorite movie summer of all time. I had a great time reminiscing so I’m continuing to explore that topic, but this time narrowing it to only 21st century summers at the movies. Choosing 2003 was easy. Nearly every week had a movie I could easily stop and watch on cable in 2018. It didn’t have highs like in 2002 (Spider-Man) or 2008 (The Dark Knight), but the quantity of quality entertainment in 2003 make it my favorite. Below I’ll share my top 10 list, as well as memories from that summer. But first, some honorable mentions:

8. X2: X-Men United – One of the best films in this long series, major upgrade in scope from the original, solid villain. 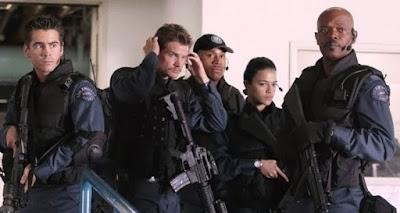 5. Freaky Friday – Good soundtrack, Lohan peak period, one of the greatest remakes ever.

3. Pirates of the Caribbean: The Curse of the Black Pearl – Very entertaining start to a series I mostly enjoy, kick-ass score, fun performances (Depp, Knightley, Bloom). 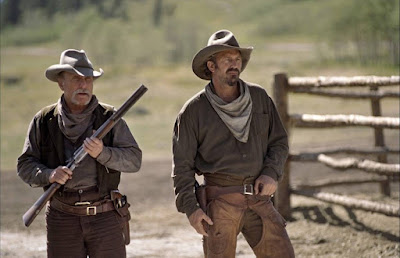 1. The girl I was dating at the time and I were big fans of Disney Channel original programming (despite being way too old for it) and The Lizzie McGuire Movie was an emotional powerhouse. Lizzie ended up with Gordo!!!! 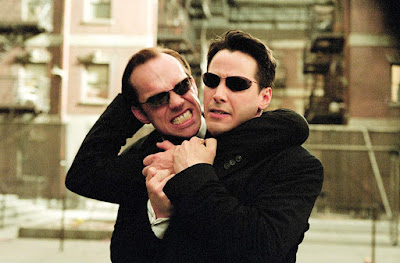 2. I will defend The Matrix Reloaded to my dying day. It’s not as good as the original, but I’ll contest it still has great action and a good kind of expensive summer movie vibe. This is the time in Zion when we dance!

3. I once had the option of hooking up or seeing Bruce Almighty. I chose the former and then said, “You know, we can still make Bruce Almighty…”

4. Cinemania keeps me honest and helps prevent me from ever getting too into movies.

5. I saw Finding Nemo the night before I started my internship at Enterprise Rent-A-Car and I was really stressed out. In hindsight, I was right to be stressed. That job sucked. 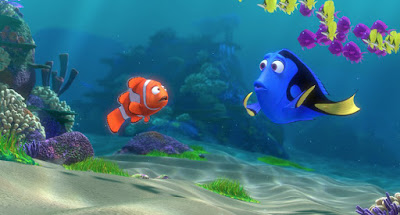 6. The night I saw The Italian Job I also went to a bar that blasted techno music and had Blade II playing muted on every television set. It’s no longer in business.

8. I was pumped for Hulk. About an hour in, the entire opening night crowd turned on the movie and eventually booed it at the end. It was like watching a film die in real time. I went afterward to Barnes & Noble to pick up the new Harry Potter book at midnight. It was a memorable evening.

10. Legally Blonde 2: Red, White and Blonde remains one of the worst comedy sequels I have ever seen and that’s really saying something.

11. Adding insult to injury, LB2 came out the same weekend as another awful sequel (one that I had higher hopes for) – Terminator 3: Rise of the Machines. The friend I saw it with took me to IHOP afterwards so I could remember the world wasn’t only a terrible place.

12. I saw Pirates of the Caribbean: The Curse of the Black Pearl four times that summer because no one wanted to see it unless they were seeing it with me. At least that’s how it felt.

13. I snuck into The League of Extraordinary Gentlemen (after Pirates of the Caribbean) and still felt like asking for a refund.

14. My girlfriend at the time didn’t like violent movies (and didn’t really want me watching them) so I went on a Boys Night Out and saw Bad Boys II, a movie I hate myself for sorta liking (the action sequences are all-timers). On the way to the theater we blasted Linkin Park’s Meteora album because we were awesome.

15. I’ve never seen How to Deal (starring Mandy Moore) but I see the paperback novelization every time I go to the library because it’s been one of the recommended books by the staff.

16. I had to go back to see Seabiscuit three times because I fell asleep the first two times. Eventually I went with my mom because my friends wouldn’t go back with me again.

17. American Wedding made me feel like a failure because I wasn’t getting married at the same time Jason Biggs was. Like, we were both in high school and college at the same time as the events of American Pie and American Pie 2 and then he pulled ahead in our life achievement race. Also, why is Stifler mentally not-there in this movie? 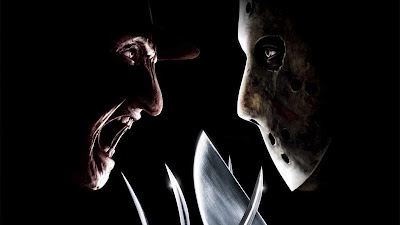 18. I don’t love Freddy Vs. Jason, but seeing it at 10am on opening day is one of my all-time favorite moviegoing memories. What a fun crowd! We were all amped.

19. I knew from watching Project Greenlight that The Battle of Shaker Heights wasn’t going to be good but I wasn’t ready for how truly shitty that film was.

20. Jeepers Creepers 2 was playing on two screens the night I saw it with my college roommate and we were collectively the only two people watching it. I know because I checked the other theater.

Your turn! What are some of your favorite movies from Summer 2003?
Posted by Patrick Bromley at 5:00 AM