Pretty great picks this week, if I do say so myself. And I do. 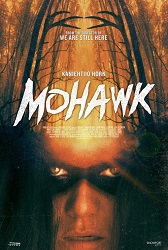 Mohawk (2018, dir. Ted Goeghegan) While Netflix is pretty useless for catalog titles these days, the service is still sometimes good for picking up recent films and helping expose them to a wider audience. Mohawk, writer/director Ted Geoghegan's follow-up to the great We Are Still Here, played in limited release and on VOD earlier this year, but wasn't a movie I heard enough people talking about. Now they'll have a chance to see it. This isn't a traditional horror movie; instead, it's a revenge/survival movie about a Mohawk Indian (Kaniehtiio Horn, owning the screen) who is pursued and hunted by a group of American soldiers. It's about the horrors of history. It's unlike any other genre film I've seen this year, and confirms Geoghegan as an exciting filmmaker to watch. (Watch on Netflix) 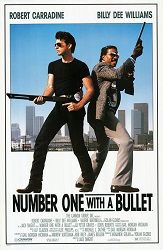 Number One With a Bullet (1987, dir. Jack Smight) Hulu appears to have just picked up some titles from my beloved Cannon Group, including this buddy cop action comedy (that I've praised in the past) starring Robert Carradine and Billy Dee Williams and with a script co-written by Jim Belushi. I'm still unsure of how much of this movie is meant to be a parody of '80s action movies or how much it's just trying to be every '80s action movie, but it doesn't really make a difference. It's incredibly entertaining either way. It's also not super easy to come by, so I'm happy to see Hulu offering the movie to stream. (Watch on Hulu) 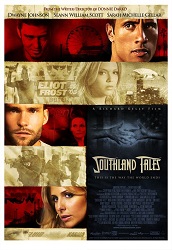 Southland Tales (2007, dir. Richard Kelly) Listen. Listen very closely. That sound you hear? That's the sound of me dying alone on this hill. I have been a fan of Southland Tales since first seeing it during its five-day run in Chicago back in 2007 (it opened on Friday and was out of theaters by Wednesday). I knew it was a giant mess and I knew it didn't make a ton of sense and was a tonal disaster, but I was so fascinated by it and so in awe of its audacity that I couldn't help but love it. This is the movie for which I coined the term "ambitious failure." The film has picked up much more of a cult audience in the decade-plus since it derailed Richard Kelly's career, but it's still an uphill battle I'm fighting. Now you can watch it for free, so there's no risk and nothing lost if you hate it (you might hate it) except a few hours of your time. And who needs those? (Watch free with ads on Vudu) 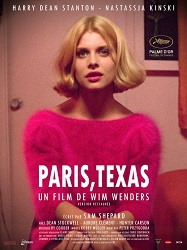 Paris, Texas (1984, dir. Wim Wenders) With the passing of Robby Müller this week, it seems right to recommend one is the legendary cinematographer's many collaborations with director Wim Wenders. I only finally saw Paris, Texas earlier this year and was rightly blown away. It's one of the best movies of the 1980s. Harry Dean Stanton (RIP) stars in one of his very best performances as a sad man who reunites with his son (Hunter Carson) and goes looking for his wife who ran off (Nastassja Kinski). This is a haunting, beautiful, devastating movie, with one of the most incredible (and quiet) last acts I've seen in a long time. The score by Ry Cooder is amazing, Robby Müller's photography even more so. He will be missed. (Watch on FilmStruck)
Posted by Patrick Bromley at 5:00 AM