Is it October Yet 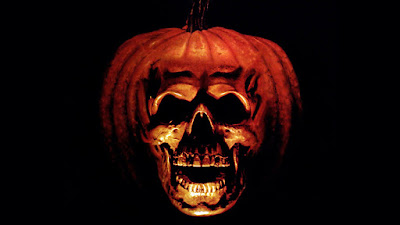 A few cool days and one scented candle and I'm a goner.

Here at F This Movie!, our calendar pretty much revolves around October. We have F This Movie Fest and we have Junesploitation, but #ScaryMovieMonth is really the high point of the year for most of us. That's funny, because many of us watch and talk about horror all year long. I know I do. It's a weird phenomenon with a lot of my friends and colleagues who cover horror movies for other sites: we look forward to this one month with an almost unreasonable level of excitement despite living most of the year like it's October. Why is that? 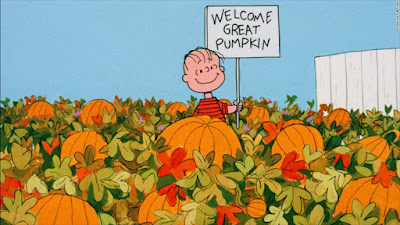 I suspect it's because for these 31 days out of the year, the rest of the world catches up to us. Normal people are watching horror movies and talking about dressing up and planning Halloween parties. The TV networks are airing horror movies regularly, which means ABC will run It's the Great Pumpkin, Charlie Brown and AMC can run a bunch of Child's Play and Halloween sequels during FearFest when it's not ruining it with a bunch of Walking Dead reruns (just one of the lesser reasons I suspect I may skip out on FearFest this year, even if I'm happy it exists). The stores are all selling Halloween decorations and horror-themed merchandise. Pumpkin farms are open for business and thriving. Pumpkin spice lattes and apple cider flow like water, which makes me happy even if I don't drink either of them. The temperature outside is finally just right (here in the Midwest, at least), and the leaves change and the air just smells different. I love October so much that I get depressed about it ending right around the time it starts. It's fun being me.

We're still about two months away from this holiest of months, but this weekend a little bit of cool weather and the smell of some candle have already got me jonesing for October. This happens every year; I get so anxious that I end up starting my October in September, sneaking some Monster cereal as soon as the stores get it on their shelves, putting up the decorations earlier and earlier, and definitely binging on horror movies (even more than usual) weeks before #ScaryMovieMonth officially kicks off. You might think that this somehow burns me out early and takes some of the specialness out of October, but you know me well enough to know that this is not true. The only thing that ever burns me out on horror movies is certain horror movies. 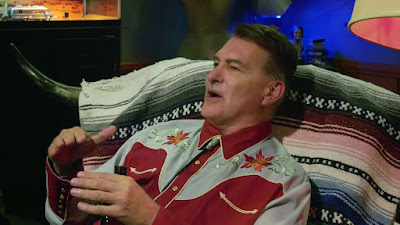 This year I'm jonesing hard and it's only July, which is early even for me (I look forward to October all year long, but the fever I'm feeling these days typically waits at least one more month). There are a few factors for this, I'm guessing. The aforementioned reasons -- the candle and the temperature -- are among them. Prepping Adam Riske's piece on Halloween H20 is another, as it's got me wanting to revisit not just that movie, but the entirety of the Halloween franchise. Watching Joe Bob Briggs' "The Last Drive-In" on Shudder, both during its original airing (when I could get the channel to work) and in repeats in the weeks to follow, is another. Joe Bob showed a bunch of horror movies I dearly love, and his commentary -- all of it informative and funny and poignant -- celebrates them in a way that reminds me of all the reasons I love this genre. The arrival of Chicago's Flashback Weekend gets me in the mood, too, because I get to hang out with friends (including Heather Wixson, who comes in from California to serve as one of the conventions hosts but I like to pretend really comes out to see me) and be surrounded by like-minded horror fans for a few days. I think Adam and I once determined that Flashback is traditionally our unofficial kickoff to the Halloween season. This year I couldn't even wait that long.

I think a big reason I'm crawling out of my skin this year, though, is the recent spate of home video announcements from boutique labels like Arrow and Kino and especially Scream Factory, because they've got me thinking about all the discs I can't wait to watch this #ScaryMovieMonth. We're getting new Blu-rays of The Night Stalker and The Night Strangler and Trilogy of Terror and Deep Rising from Kino and a new 4K restoration of City of the Living Dead and Schlock and the previously hard-to-find Edge of the Axe (which I have never seen but which comes highly recommended by filmmaker/friend of the site Jackson Stewart) from Arrow. Scream Factory is embarrassing us and murdering my bank account with their recent announcements: Creepshow and 1999's House on Haunted Hill and the totally bananas Scream for Help (another Jackson Stewart recommendation that is amazing) and fucking Candyman (!!!) and The Craft and Sleepwalkers (!!!) and Silent Night, Deadly Night Part 2 and all of the Critters movies and Starman and so many more. Adam, Rob, and I talk about how we're excited to own movies we don't even necessarily love -- titles like Brainscan or the Urban Legend films -- just because Scream Factory is putting them out. This is no way to live, but here we are. 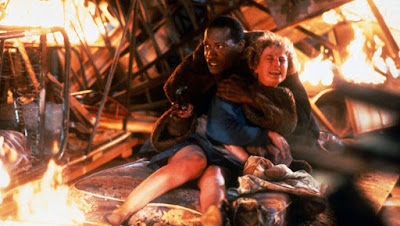 So I'm calling it. My Halloween season has officially begun. This mean you can probably expect more horror writing from me (than usual) over the coming months. For some, that's ok -- the horror stuff is what brought many of you to the site in the first place. For those of you who don't dig on horror, I apologize in advance and will try to find some balance. But I think it's been a pretty sucky year for a lot of people, and we have to try to grab onto the things that make us happy whenever and wherever possible, so long as it's not at the expense of someone else's happiness. Hopefully starting the season in late July doesn't fuck up anyone else's happiness. I won't decorate so as not to annoy the neighbors, won't force anyone else to watch tons of horror movies (yet), won't bug the staff at Target about when they'll be stocking Count Chocula. But it's already too late for me. The soft launch has already begun -- a two-month practice run leading up to the real thing. I need it at this point. Pretty sure a lot of us do.
Posted by Patrick Bromley at 12:00 PM