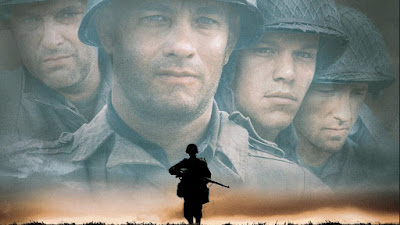 One of the best war movies ever made turns 20 this week.

I’ve had an evolving relationship with Saving Private Ryan. When I saw it a couple of weeks after its July 24, 1998, release, I thought it was good but it didn’t hit me like it was resonating with many others. I saw it three times during its release and re-release in 1998/1999, and while I thought it was well-made, I didn’t get it on a gut level. The more I tried, the further I was from the film. It was one of those cases where you’re so primed for a devastating emotional experience that it tasks the film with something almost impossible. I think much of the reason, too, was that I was only 16 years old then. At that age, I viewed the soldiers in Saving Private Ryan as men of action instead of also as men. You do the job because it was your duty and a chance to be a hero. I was very naïve.

When I say my relationship with the film has evolved, it’s because I’ve matured enough to be ready for it. The last two times I’ve revisited the film, it has wrecked me emotionally. The time where it clicked was a couple of years ago when Erik Childress of the Chicago Film Critics Association hosted a screening of Saving Private Ryan. Military veterans were given free admission. The theater was nearly full of about 200 or more people, and at the end during a Q&A, Mr. Childress asked the veterans in attendance to stand up so that the rest of us who had not served in the military could thank them. At that point I had been moved by the film already in a way that it never had in the past, but this gesture of thanks put it over the top. The sense of normalcy (i.e. these brave men and women live the same lives as us, they fought to defend our ability to enjoy something as simple as going to a movie) is what struck me and its one of the secret weapons of Saving Private Ryan itself. 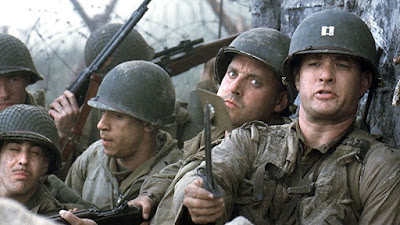 On this 20th anniversary re-watch, something that stood out to me was how modern all the soldiers seem (Edward Burns escpecially). Since the film is directed by the great Steven Spielberg, I’m guessing this was a deliberate choice. I think making the soldiers feel almost like contemporary men thrust into World War II helps the audience identify with the characters on a more immediate level. The care taken with each man of the company looking for Private Ryan (played by Matt Damon) has always been my favorite part of Saving Private Ryan. Even better, it’s economical. Through simple gestures or a one-minute monologue, you know enough about each man to make you deeply care about their fate. For Tom Sizemore, it’s him collecting dirt from each country in which he fought. With Giovani Ribisi, it’s his empathy in the scene where he covers up the dog tags of dead soldiers that his company is being blasé with or that great, regretful monologue he tells about pretending to be asleep so he didn’t have to talk to his mother. There is something for every character, and when you have that audience identification it makes the battle sequences work regardless of the craft in which it’s depicted.

Luckily, this is Steven Spielberg, so Saving Private Ryan is comprised of one brilliant “action” set-piece after the other. What can be said about the D-Day landing at Omaha Beach opener that hasn’t already? It’s an all-time great dramatic sequence, enhanced by the choppy edits and hand-held cinematography (some of it shot by Spielberg himself). Spielberg set out to portray the chaos of that landing and sheer level of chance needed to survive it. It’s harrowing and sits in your stomach the rest of the film. That sequence is indelible to how war (more specifically, World War II) was later depicted in film. Just look at the sustained battles in Black Hawk Down, We Were Soldiers, Flags of Our Fathers, or Hacksaw Ridge. They all owe their aesthetic and/or choreography to Saving Private Ryan in some way. The legacy of this film is long-lasting: the HBO miniseries’ Band of Brothers and later The Pacific, the attempt by Michael Bay to blend Titanic and Saving Private Ryan into his own film, Pearl Harbor, the career launching of Vin Diesel and Barry Pepper, who have become fixtures of 2000s guy cinema, etc. 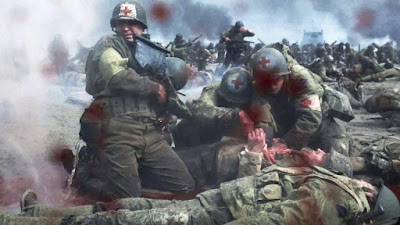 When Saving Private Ryan was released, I took Tom Hanks’ work in the film for granted because he had been so consistently terrific throughout the 1990s. On this revisit, I really appreciated his performance, which has a lot of intricacy I hadn’t noticed before. I love the way he can make a half page of military jargon come alive, his quiet professionalism and management of the company while on their mission (he lets them be themselves until it’s time to get to work), his resolve when the guys question his orders. I’ll never forget how jarred I was when Vin Diesel is trying to appeal to Hanks to take a little girl with them because it’s the right thing to do for her safety and Hanks barks “We’re not here to do the decent thing, we’re here to follow fucking orders!” This isn’t something we’re used to seeing from the actor sometimes called “America’s Dad.”

It’s also such an interesting choice by Hanks, Spielberg and screenwriter Robert Rodat to have the effects of war manifest in the Hanks character physically. He may have his mental bearings, but his shaking hand or instances being Shell Shocked betray that unflappable persona. It was such a great choice too to have Hanks as Captain Miller instead of Mel Gibson or Harrison Ford, who were also considered. Those two guys are great actors, but also carry the John Wayne machismo that you expect. Hanks in the role is more interesting because he’s mysterious, internal, and doesn’t always make the right call (the irony is not lost that all the deaths of Capt. Miller and his men are caused by going off the mission of simply saving Private Ryan and that’s all). Tom Sizemore is invaluable in the film, too, by supporting the Hanks performance. Because of Sizemore’s tough guy persona on-screen and off, the fact that he respects the Hanks character and follows his orders is all the John Wayneifciation we need as an audience. Hanks is a tough guy because he won’t tell Damon about his wife and those rosebushes. We don’t need him to be larger than life. 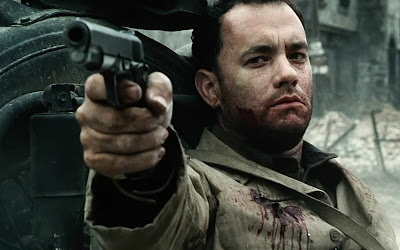 The ideas and themes in Saving Private Ryan elevate it over most war movies too. The intrinsic value of the mission to save one man and the question that man will have forever on if he’s earned that sacrifice might as well be a question for us as audience members. Have we as citizens lived valuable enough lives to earn the sacrifice from our soldiers who served and fought for us? Another is the role of compassion and diplomacy for others (allies and enemies) in battle. The character of Corporal Upham is a case study in that. He’s a character you almost hate by the end of Saving Private Ryan because his ineffectiveness and cowardice led to maybe Captain Miller’s and definitely Private Mellish’s (Adam Goldberg) deaths. The bitch of it is that Upham is displaying traits many people would match in battle, but Spielberg’s thesis to that (in Upham’s last action in the film) is that during war there’s no place for our idealism. It’s cruel and punishes compassion because, as the film says, war is FUBAR. Spielberg puts so much richness and life into Saving Private Ryan. You can feel his pride and admiration for the soldiers of World War II throughout. Much of Spielberg’s career has been him as an author working out his thoughts and feelings on The Holocaust and World War II. We often praise him as a filmmaker, but his filmography also should require us to consider him as one of the medium’s greatest philosophers. 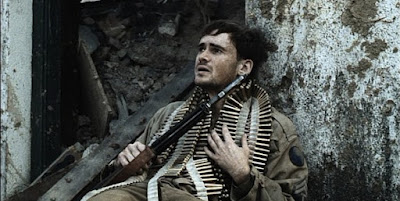 A criticism of the movie has long been the use of a bookend where an elder Private Ryan visits Captain Miller’s grave and asks the question again of if he’s earned them paying the ultimate price to save him. People say it’s one step too far or an example of the Spielberg sentimentality his critics like to point out. I don’t think they’re bad. The best part about it is not the staging or acting, but the fact that we see Ryan has wrestled with the big question his entire life. It’s a weight that he wears (like survivor’s guilt) and that gives the story an extra layer of sadness and humanity.

Twenty years later, Saving Private Ryan destroys me. It happens now during the end credits as the cast list is shown and John Williams’s heroic, scared, sad, and altogether magnificent score play over the credits. This is where I break down and sob. It’s an accumulation of everything I felt over the film’s nearly three-hour runtime, it’s the power of the music, and it’s the legacy of the Ryan name (as a stand-in for your name and my name) needing to survive and not be lost forever like so many soldiers in World War II or entire Jewish families during The Holocaust. Those are a few of the reasons. The one that gets me the most though is this: I’m 36 years old and many of the 80 million people who died during World War II never lived to see this age. Their children grew up without a parent and their parents lived on with a hole in their heart and souls.

Saving Private Ryan is a tribute to the brave men and women who served and a session of mourning we all need to heal.