This week's pick lean towards the quirky and the cult. In other words, exactly the kind of stuff I love. 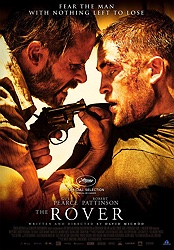 The Rover (2014, dir. David Michôd) I don't always handle super apocalyptic bleakness well -- I'm ok if I never see The Road again -- but this one is just entertaining enough to offset some of that bleakness. Guy Pearce is great in an incredibly focused, revenge-minded performance, but the real find of the movie is Robert Pattinson in a supporting role. That's less of a shock in 2018 (after last year's Lost City of Z and [especially] Good Time), but in 2014 he was still in the throes of Twilight fame and seeing him give this kind of great, scuzzy character performance was a revelation. This would make a good double bill with John Wick. (Watch on Netflix) 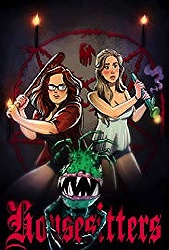 Housesitters (2018, dir. Jason Coffman) I reviewed this one back in April and championed it as a really fun, really funny super-low-budget horror comedy. I know it's not going to be for all tastes, but it's a movie I hope you'll check out if for no other reason than to use Amazon's massive streaming service for the forces of good. Paramount doesn't need you to stream Transformers: The Last Knight, but a filmmaker being able to get his or her movie in front of millions of eyes using a platform like this is a big deal and one we shouldn't take for granted. (Watch on Amazon Prime Video) 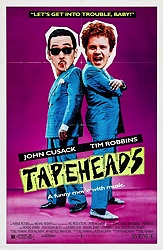 Tapeheads (1988, dir. Bill Fishman) If you listened to our recent "Underrated '88" podcast, you heard special guest name the cult comedy Tapeheads as one of his picks. He's right! It's an extremely eccentric satire starring John Cusack and Tim Robbins as a couple of pirates trying to take over the music industry. Worth watching just for the cameos and the music. Fishbone! (Watch free with ads on TV tubes ) 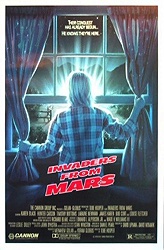 Invaders from Mars (1986, dir. Tobe Hooper) I don't know if you know this, but I actually recorded a commentary for this movie earlier this week. I've tried to make a case for it as being misunderstood and better than its reputation would suggest. I have no idea if I succeeded in this at all, but if you're so inclined and want to listen along with the movie, it's available to stream right now. Even if you don't want to listen to the commentary, you should check the movie out. It's a fun one. (Watch on Hulu)
Posted by Patrick Bromley at 12:00 PM