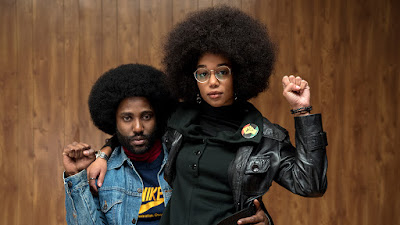 A look at current releases now in theaters. 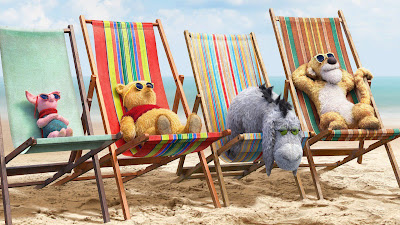 Christopher Robin – I wasn’t expecting Christopher Robin to be so dull. I didn’t walk out of it, but there were times during this movie where I was so bored I felt like my consciousness astral projected out into the theater lobby. On the plus side, the visual effects that make Winnie the Pooh, Piglet, Tigger, Eeyore and the rest of the gang come to life are some of the most impressive special effects I’ve seen in years (some people say they look like something out of a horror movie; these people need to see more horror movies). They look like living Disney plushies and their sporadic interplay is the best part of Christopher Robin. But why does this movie have to be so drab and somber whenever they’re not on screen? I have no idea who Christopher Robin is for; it’s too simple for adults (it’s shallower than the similar Hook) and I don’t see kids liking it either because it’s slow, bleak and grown-up. 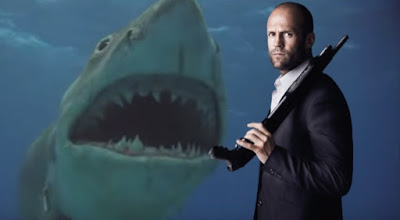 The Meg – The useless U.S.-China co-production trend strikes again! On the heels of Skyscraper comes the next utterly generic shitfest, The Meg. It’s like the type of movie you’d watch (passively while eating microwave chili or folding clothes) on SyFy Channel in 2004 that would star Michael Madsen and Yancy Butler. But this time it’s in theaters! The whole aesthetic (especially the CGI, sets, and costumes) is staggeringly tacky to the point where it felt closer to a VR experience or theme park ride pre-show than an actual movie. The Meg also has surprisingly low energy and no tension at all (people don’t even scream most of the time when the 75-ft Megalodon is charging them). The film has a few unintentionally funny bits and Jason Statham (who’s fine in the movie) has a sweet burgeoning romance with another crewmate (Li Bingbing), but as I walked out of the theater while a Chinese language cover of Tony Basil’s “Hey Mickey” played over the end credits, it only confirmed the filmmakers had no idea what they wanted to do with this movie. 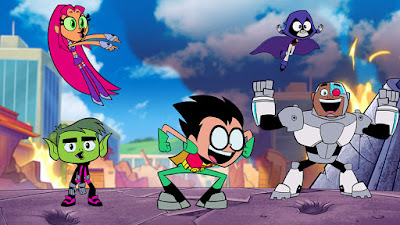 Teen Titans Go! To the Movies – Like the television show, Teen Titans Go! To the Movies has a fun “throw everything at the wall and see what sticks” approach to its jokes and sometimes the film is hilarious (e.g. the “Upbeat Inspirational Song About Life” montage), but that anarchic tone is better in 15 to 30-minute chunks on the show than stretched to a 90-minute movie. The story is pretty basic by superhero film standards and I was exhausted by the end, but I do have a lot of residual affection for the movie in the days since I saw it. I think much of this has to do with how much I like the Teen Titans characters and the animation style. It reminds me of the more modest animated films I used to enjoy as a kid like A Goofy Movie, Jetsons: The Movie, and DuckTales the Movie: Treasure of the Lost Lamp. 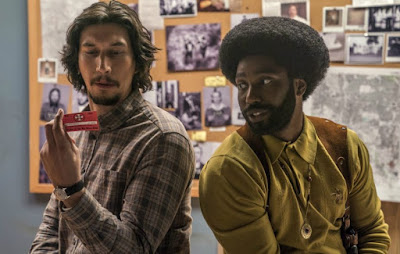 BlacKkKlansman – This movie caught me off-guard a little bit. It’s much funnier than I expected based on the subject matter, but that doesn’t take away from the power of the dramatic elements either. It’s still an angry, moving, and powerful story with some fantastic, blunt rebukes to detestable attitudes and beliefs that are becoming distressingly more accepted these days. I’ve been on record before as being a big Spike Lee fan and I think this is his best movie since Inside Man and maybe even 25th Hour. I’m glad we have such a humanistic filmmaker like him who cares deeply about the morality of his characters and doesn’t sugarcoat his films’ messages. My only gripe with the movie is the through-line of the Adam Driver character (as an undercover Jewish police officer), who explains more than shows his inner turmoil. In the end, though, it doesn’t take away from the great performances and even better filmmaking on display. 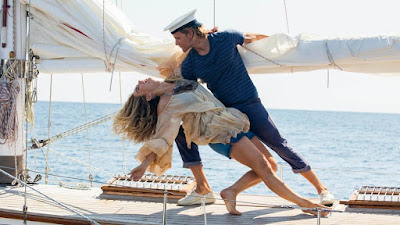 Mamma Mia! Here We Go Again – I can’t divorce how this movie made me feel with the film’s actual quality, nor can I separate my massive Lily James crush from it either, so take my rating with a grain of salt. I haven’t even seen the first Mamma Mia!, but I fucking love Mamma Mia! Here We Go Again. It has so many things I like: musical numbers, energy, sincerity, beautiful locations, Greek people, actresses whose work I enjoy already only to discover they are great singers too (James and Amanda Seyfried), Andy Garcia, etc. The story is basically “What if we did The Godfather Part II for Mamma Mia!???” but I think it works and the two storylines tie in together nicely. This movie is basically all about an island coming to terms with what a goddess Lily James (Meryl Streep) is, and I was just sitting there like “Yeah.” In the week since I saw the movie, I bought both the soundtrack and ABBA’s Greatest Hits and have just been generally happier as a result. You know how in a romantic comedy when the woman gets kissed so well she lifts one leg in the air behind her? That might be me with this movie. I didn’t like the Cher bullshit, though. Her show-off yodel pipes don’t blend well with Swedish Pop. This movie better be nominated for “Best Popular Film” at the Oscars next year or that category can go screw itself.

Your turn! What did you think of these movies? Have you seen anything recently in theaters that you want to recommend? Leave a comment below.
Posted by Patrick Bromley at 5:00 AM