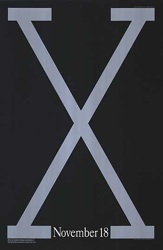 It's been a long time since our last Director Essentials column, so today we're bringing it back in a big, bad way with a look at the essential films of Spike Lee, a guy whose movies aren't always good but are always worth seeing.

1. She's Gotta Have It (1986) - Spike Lee is one of those filmmakers like Woody Allen -- not because they both make movie after movie about New York or work over and over with the same actors, crew and themes -- but because there are large sections of the moviegoing public that decided early on that they don't like either filmmaker (often based on the experience of one or two movies) and have written off an entire body of work based on that. With Spike Lee, that generalization is even less fair than it is with Woody Allen, because Lee has been experimenting with working in different genres and making different kinds of movies for his entire career. I could speculate that the dismissal of all his movies as being "the same" is really just coded language for "they all have black faces in them," but maybe you guys won't be comfortable with going there. 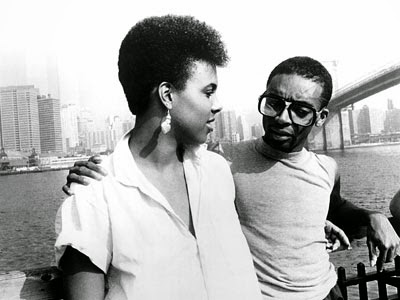 Lee gets a lot of credit for his first movie, the super-low budget black and white romantic comedy She's Gotta Have It, being great. It isn't. It's charming, though, and announces a filmmaker with a voice and things to say about (specifically black) male attitudes towards sex and romance. Strange, then, that he could make something progressive like this in 1986 and then completely backwards sex comedies like Girl 6 and She Hate Me later in his career.

2. Do the Right Thing (1989) - I won't say too much about this one, because there may or may not be a podcast on it in the near future (spoilers: there will be). This is still Lee's best movie, and remains the most challenging and honest look at racism in any movie of the last 30 years. Consider this: Crash has a Best Picture Oscar. Do the Right Thing was not nominated. JB has plenty to say on that subject. 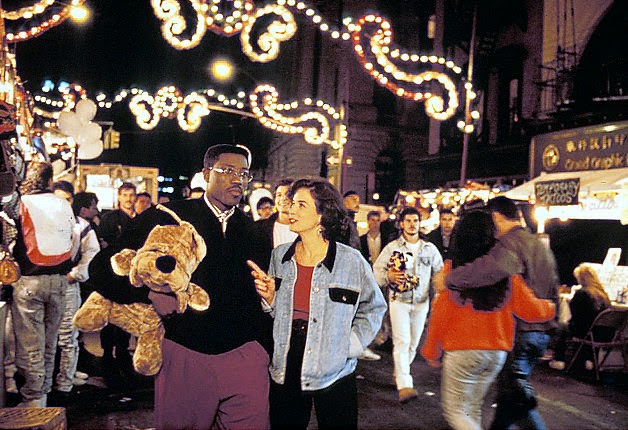 3. Jungle Fever (1991) - Lee's second consecutive movie to deal with race relations head on, albeit in a much more commercial way, probably because this time Lee couches the whole thing in a love story between two movie stars (Wesley Snipes and Annabella Sciorra). Interestingly enough, it's the two subplots about drug addicts (early performances by Samuel L. Jackson and Halle Berry, who ironically are now A-listers while Snipes and Sciorra have faded into the background) that audiences seem to remember. More than anything, the movie's legacy is that it made people feel way too comfortable using the term "jungle fever" to describe a mixed race couple without any awareness of how racist that is.

4. Malcolm X (1992) - The only movie in his filmography that gives Do the Right Thing competition for Lee's best, Malcolm X is a huge, sprawling, ambitious biopic in which the director's grasp nearly equals his reach. Denzel Washington, Lee's most frequent leading man, gives what is still his best performance to date in the title role; the fact that he won an Oscar not for this but for Training Day is all the evidence one needs of that institution's worthlessness. There are people who will be put off by the movie's three-hour length, or by a looong prologue showing Malcolm Little in his zoot suit-wearing, bootlegging early days, but all of it adds up to a necessary portrait of a complicated man that Lee clearly admires but wisely never deifies. The second of Spike Lee's two masterpieces. 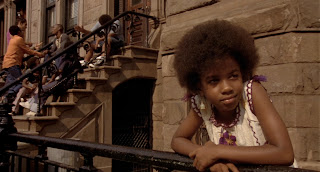 5. Crooklyn (1994) - Spike Lee's most underrated movie is an uncharacteristically warm and nostalgic look back at his own childhood growing up in Bed-Stuy in the early 1970s. Like several of his other movies set in the past (Malcolm X, Summer of Sam), he tends to pile on the time-period signifiers (Lee has never been accused of subtlety), but at least in the case of Crooklyn it feels like those things are there because that's how Lee remembers it. The movie represents a couple of firsts for Spike Lee: it's his first (and only) movie that's entirely about family, and it's his first (and only) movie that's really sweet.

6. Clockers (1995) - His detractors often accuse him of repeatedly making the same movie,  but Spike Lee has always been interested in working in different genres -- sometimes more successfully than others. At the time it was released, Clockers, a pretty straightforward crime drama (scripted by Richard Price, based on his novel), seemed like the least "Spike Lee" movie of his career; now, it's easier to see where it fits within his overall body of work. The movie is produced by Martin Scorsese, which helps explain why Lee works overtime trying to mimic his style; for a guy who tends to insert a lot of heavy-handed camera work and dramatic lighting into this movies, this is probably Lee's most overdirected movie (even the usual Terence Blanchard score is cranked up way too loud). Despite a good performance by Delroy Lindo, the movie doesn't really work, but deserves a spot on the list because it represents Lee's first attempt at a subgenre within his filmography: the gritty New York crime drama. He would continue to refine over the next decade or so, each time yielding better results.

7. Summer of Sam (1999) - After a couple of mid-'90s stumbles (most notably Girl 6), Spike Lee started getting back on track near the end of the decade with 4 Little Girls, He Got Game and this one, the second in his New York crime series. Loosely based on the Son of Sam murders of 1977, the movie finds Lee returning to the same sweltering heat and mounting tension of Do the Right Thing, only this time it's fear and not racism that's spreading like cancer. Like so many Spike Lee movies, Summer of Sam overreaches a lot (the movie tries to encapsulate ALL OF THE '70s in a single summer), but even at its most heavy-handed and confused moments remains totally engrossing. 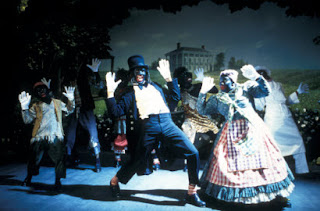 8. Bamboozled (2000) - Lee's second most underrated movie is a huge mess, but the good kind of mess, filled with ideas and anger. It's the kind of well-intentioned mess only a talented director makes. The third movie in Lee's trilogy of movies explicitly dealing with racism finds Damon Wayans (doing a terrible character voice, a cross between an In Living Color character and Steve Urkel) as a TV executive who responds to the latent racism on television by creating the most patently racist show he can conceive of -- a minstrel variety show featuring black actors wearing blackface. Surprise surprise! It becomes a huge hit. Lee borrows more than a little bit from Network in his satire, including a fairly disastrous third act turn that introduces militant activists and pointless, easy violence. It doesn't all work -- Lee still doesn't quite get that satire needs to be pointed at something specific and not just shoot in every direction -- but there's a lot to like. It's worth watching for the closing credits montage alone.

9. 25th Hour (2002) - In what might be Lee's last great movie, David Benioff adapts his own novel about a drug dealer's last night of freedom before serving a seven year prison sentence. Lee, a lifelong New Yorker, confronts post 9/11 fear and anger (particularly in a lengthy monologue delivered by Edward Norton -- the movie's showcase scene) with a film that's all about uncertainty of what the future holds, regret of past and examining the choices that got us to the point. It also has one of the best and most moving final scenes of any movie in the 2000s. 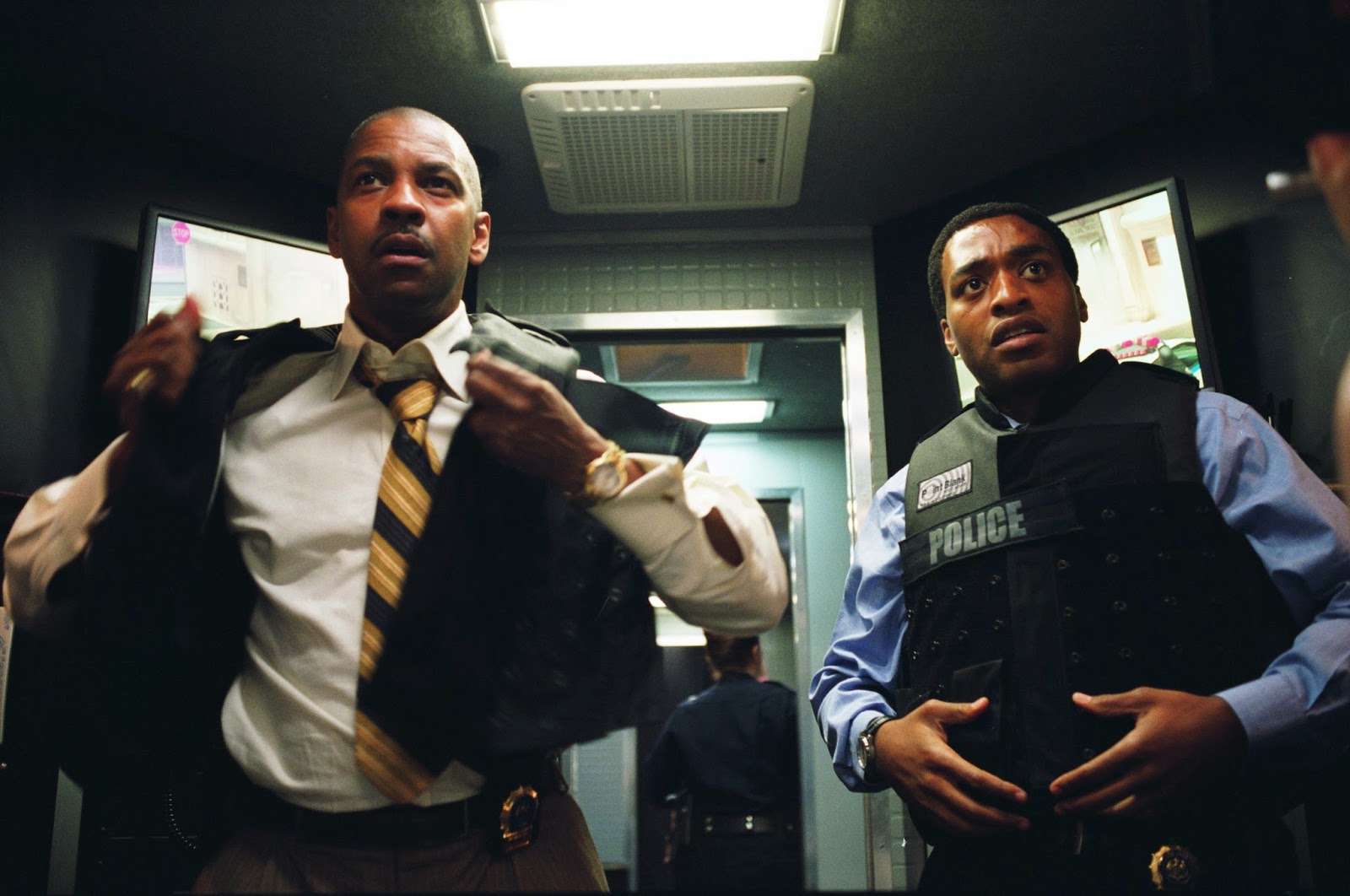 10. Inside Man (2006) -  Lee's biggest box office success is also his most commercial movie, and there's an interesting tension it watching him try to make an audience-friendly movie while still retaining many of his trademark themes and style. A clever bank heist movie that ultimately bites off more than it can handle, the movie features a number of good movie star performances (from Denzel Washington, Clive Owen, Jodie Foster and Chiwetel Ejiofor) and continues to work out Lee's feelings about the bubbling fear and hostility in post-9/11 New York. 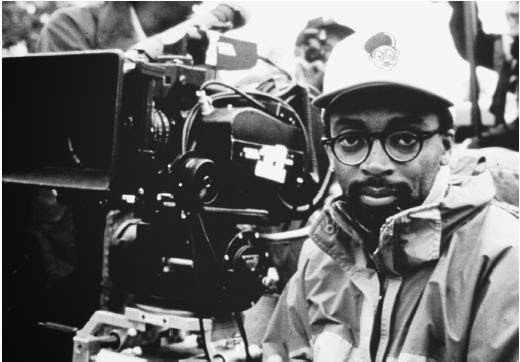