A lot of thrillers this week. Hope you like being thrilled. 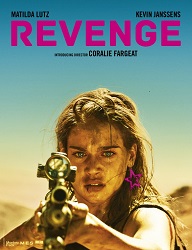 Revenge (2018, dir. Coralie Fargeat) I saw this at a festival earlier this year and raved about it on the site, naming it one of my favorite movies of the year (a spot I'm pretty sure it still holds). After a limited theatrical/VOD run, it arrives exclusively on Shudder and is the movie you should watch this weekend. It's an amazing debut, brilliantly directed and pointed in its message. It's also the bloodiest movie this year, so be warned if you have a low tolerance for that sort of thing. Trust me, it's worth it (Watch on Shudder) 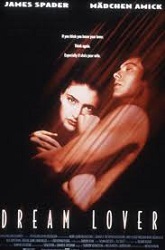 Dream Lover (1994, dir. Nicholas Kazan) I'm so on the fence about recommending this one, because I find it to be a really captivating and interesting first half of a movie that gets less involving as it goes on before devolving into some real ugliness. James Spader plays someone who is almost normal (as normal as James Spader can be) and falls in love with Madchen Amick, who gives really good femme fatale here. Like a lot of mysteries, this one becomes less involving as it starts answering questions. I still think there's enough good here to make it worth watching. There's an unrated cut that exists and includes more sexy time; the version streaming on TubiTV is the regular R-rated cut. (Watch free on TubiTV) 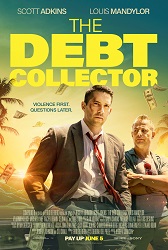 The Debt Collector (2018, dir. Jesse V. Johnson) Whenever a new Scott Adkins movie shows up on Netflix, there's a good chance I'm going to recommend it here. This is actually one of my favorite things he's done in a while: he plays a guy (and actually gets to use his own accent) who takes a job as an enforcer for a gangster, teamed up with Louis Mandylor has his burned out partner. This feels like two movies fighting each other: the first half is incredibly fun, with Adkins and Mandylor just driving around and getting in fights. Once Tony Todd shows up in the second half and a "plot" kicks in, the movie starts taking itself way more seriously. That stuff is still good, just not as good. As much as I love watching Scott Adkins beat people up, it's Louis Mandylor who I hope gets a lot more jobs based on his work here. He's really good. (Watch on Netflix) 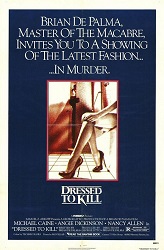 Dressed to Kill (1980, dir. Brian De Palma) I love a lot of Brian De Palma movies, and I love this one more than most. His riff on Psycho stars Nancy Allen as a woman who witnesses a murder and Keith Gordon as the teenage boy helping her solve the case. I recently wrote a piece arguing that Dressed to Kill is the best American giallo movie ever made, an argument I still stand by. There are set pieces here that are as good as anything De Palma has ever done. I don't know how you can love movies and not love this one. That's not to say that not liking it means you don't like movies (I'm not so big an asshole that I would make such a proclamation), just that Dressed to Kill is super cinematic and indulges in all the things we love about movies that other art forms just can't do. This make sense in my head. (Watch on Amazon Prime Video)
Posted by Patrick Bromley at 12:00 PM