These are some movies you can stream. 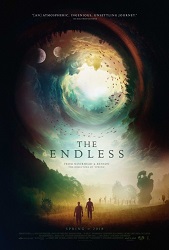 The Endless (2018, dir. Justin Benson, Aaron Moorhead) This indie darling from Justin Benson and Aaron Moorhead, the writing/directing team behind Spring, came out earlier this year and I really liked it. I'm not even sure how to classify it. It's not really horror. It's closer to sci-fi, but I don't even know if that describes it. This movie is very much its own thing. I would suggest watching Benson and Moorhead's first film, Resolution, before this one. (It's streaming on Shudder.) It will give you a greater appreciation for both. (Watch on Netflix) 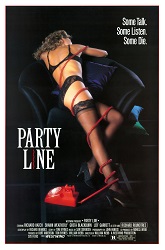 Party Line (1988, dir. William Webb) I know it's not #Junesploitation, and this is the kind of movie that's made for that month, but when something this crazy shows up to stream, it doesn't make sense to wait another 10 months to watch it. Leif Garrett and Greta Blackburn are a brother and sister pair who use a party line (it was the '80s; you had to be there) to lure victims for them to murder. Richard Hatch is the cop working the case. There are sleuthy babysitters, cross dressing, incest, swinging -- this movie has everything. (Watch on Amazon Prime Video) 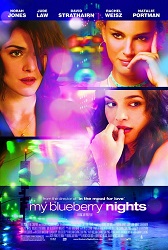 My Blueberry Nights (2008, dir. Wong Kar-wai) If you listened to our recent Overlooked in the 2000s episode, you heard me name this movie as one of my picks, albeit with a number of caveats (including the fact that I might be the only person who likes it). It's kind of a road movie, with singer Norah Jones traveling around and meeting various colorful characters. Miramax did their usual hatchet job on Wong Kar-wai's original vision to make it more commercial, but there's enough good stuff in there that I like even the compromised version. Definitely a "mileage may vary" movie. (Watch free with ads on Vudu) 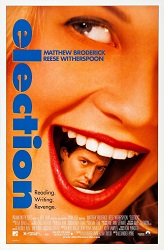 Election Year (1999, dir. Alexander Payne) I know there are a couple of years known for being the best for movies, but 1999 is probably the best year for movies in my lifetime (1997 has a good showing, as does my personal favorite, 1982). How good was it? So good that even MTV Films was putting out this comic masterpiece from Alexander Payne. Matthew Broderick is brilliantly cast -- he was Ferris Bueller, for fuck's sake -- as a high school teacher trying to fix an election because he can't stand the student running, played by Reese Witherspoon in a career-best performance. I've said before that '99 was so good that even the bad movies were good. This is one of the genuinely great ones. It's a perfect comedy. (Watch free on TubiTV)
Posted by Patrick Bromley at 5:00 AM