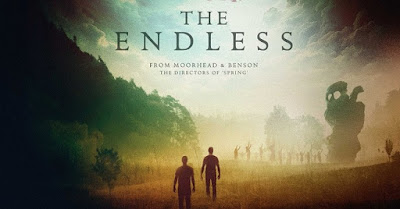 There are major secrets built into The Endless, the new movie from Resolution and Spring directors Aaron Moorhead and Justin Benson, that make it quite difficult to discuss. I will do my very best to talk around the film's developments, but if you want to remain totally unspoiled, allow me to say upfront that you should absolutely see The Endless and that Benson and Moorhead have built upon the trippy quality of Resolution to create something that feels like nothing else on the indie scene right now. It's weird and it's beautiful.

For those of you who stuck around, the movie stars Benson and Moorhead (who also write and direct) as Justin and Aaron, respectively, two brothers who are returning to a cult they abandoned a decade earlier. As they attempt to come to terms with their own participation in the cult and their relationship to it now, they notice bizarre occurrences taking place around the camp which may or may not signal some major event that the members are foretelling. 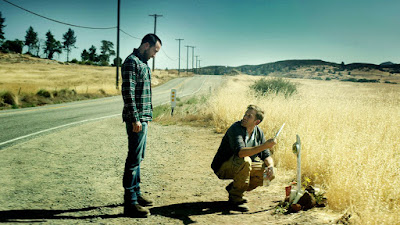 Like 2016's Beyond the Gates -- a movie I'm very much on record as loving -- The Endless is, at its core, a film about the relationship between brothers and the different ways they try to heal from damage inflicted upon them in the past. Moorhead and Benson's choice to cast themselves is an interesting one; though they've acted in short films or done bit parts here and there, this is the first time I know of in which either has played the lead in a movie. It makes sense, as they're already so close to the material (in addition to writing and directing, the pair acts as cinematographer [Moorhead], editor [Benson], and producer [both]) that they're able to inhabit these roles quickly and easily, as well as having its advantages from a scheduling and budgetary standpoint. As someone who has followed and enjoyed their work as an essential piece of the current indie horror scene, it's also neat on a meta level to watch them play brothers and explore the relationship between the two as collaborators in front of as well as behind the camera. It becomes a movie about construction of itself, and that's just one of the many mind-bending aspects of The Endless. 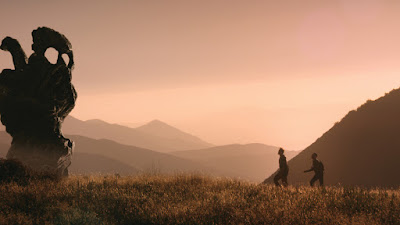 To talk about the other headtrips the film works on us would be to spoil too much. What I can say is that The Endless is that it carries on the tradition of Benson and Moorhead shooting primarily exterior locations and making look very beautiful, often emphasizing negative space within the frame (as in their previous films) to our place in a world that's much bigger than us -- bigger, in fact, than we can even realize. As the characters in the movie slowly creep towards that realization, The Endless allows itself to get weirder and weirder while never losing sight of its emotional core. I like how, three films in, Benson and Moorhead are carving out this space for themselves as telling stories about relationships between two people -- best friends in Resolution, lovers in Spring, now brothers in The Endless -- set against the background of a genre film. As a fan of their work, I was plenty rewarded with The Endless. I won't say any more than that.