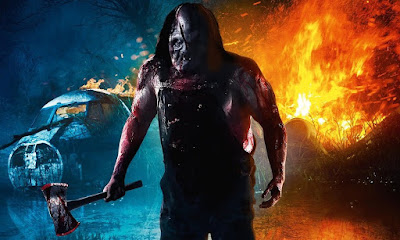 The fourth Hatchet movie celebrates a decade of of independence.

It's been a year since I got to see Victor Crowley, the fourth entry in the Hatchet franchise, and over a year since the movie made its surprise premiere in Los Angeles. By now you probably know the story: Green gathered cast, crew, friends, and fans at the ArcLight theater for a 10th anniversary screening of Hatchet, his first wide-release film and the movie that put him on the map as an exciting new voice in horror. Addressing the audience during his introduction, Green announced that he would not be showing Hatchet, but rather a new sequel, Victor Crowley (aka Hatchet 4), a movie made totally in secret. No one had seen a trailer or read a plot synopsis or seen six months' worth of exclusive images on Dread Central or Bloody Disgusting. No one, save for those involved in the film, even knew it existed. It's maybe the best-kept movie secret I can think of in recent memory, and what I wouldn't have given to be in attendance the night it was revealed.

I considered writing something about the movie right after Adam Green brought it to Chicago last October, but I knew I couldn't be objective. I was too caught up in the thrill of the surprise, and the screening I was at was full of hardcore fans who laughed at every joke, caught (almost) every reference, cheered at every gnarly kill. Now, I'm not suggesting that we were wrong to have done any of those things, but I know that there's a certain buzz to seeing a movie under those conditions (sometimes called the "festival bump"), and I wouldn't have been able to write about the movie itself, only the excitement and experience surrounding it.

But I wanted to say something about it with a clearer head -- some perspective and objectivity -- so I waited a year. I'm a fan of this franchise. And, as many of you know, Adam Green is a filmmaker and a human being who means a lot to me. I'm kidding myself if I think I can be totally objective, because that's not what being a fan is. I'm not going to pretend that I'm coming at Victor Crowley from anywhere but a place of love, which makes sense because this is a movie made from a place of love (and some anger, too, but more on that later). This movie is Adam Green's victory lap. 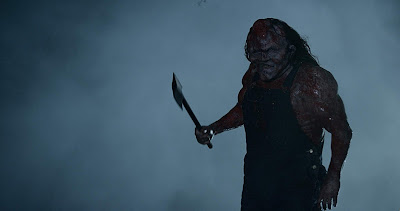 Set 10 years after the events of the first three Hatchet movies, Victor Crowley finds lone survivor Andrew Yong (Perry Shen) pimping a book he's written about his experience. His agent (a very funny Felissa Rose) convinces him to return to Honey Island Swamp for a news piece about the killings, but their plane goes down and traps Andrew and the crew right in Victor Crowley's backyard. At the same time, a trio of young filmmakers (Katie Booth, Chase Williamson, and Laura Ortiz) comes to the swamp to shoot a fake trailer for a movie they hope to make about Crowley and the 2007 murders (in much the same way that Adam Green originally shot a fake trailer for the original Hatchet to help get financing). Before you can say "Victor Crowley comes back," Victor Crowley comes back. Limbs fly. Blood sprays. Bodies are destroyed. This is a Hatchet movie.

In some ways, Adam Green has become like the Kevin Smith of horror: he has become a brand unto himself. By connecting directly with his fans so often, by selling his own merchandise, by making his voice heard every week on his podcast "The Movie Crypt," Green has become his own cottage industry. I don't say this as a criticism. Given the state of independent filmmaking these days, what Green has done is a miracle, albeit a miracle for which he has worked very, very hard and for which he continues to work very, very hard. He creates multiple web series for his site, ArieScope.com, which he makes available absolutely free. He puts out a weekly podcast, also for free. He publishes comic books and has recently launched a record label. After some frustrating experiences with distributors (not to mention the debacle of Hatchet II, pulled by AMC Theaters after just a few days of release because he had the temerity to go out unrated), Green has four-walled his last two movies, 2015's Digging Up the Marrow and then Victor Crowley, touring the country and making appearances at every theatrical screening. I can't think of another brand name filmmaker who hustles as much as Adam Green. 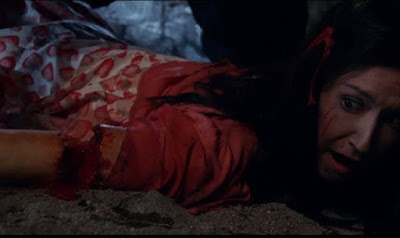 Victor Crowley pays off so much of that hard work and functions as a celebration not just of the Hatchet series, but of Adam Green's entire career to this point. There are jokes and references and Easter eggs crammed into every minute of the movie, but they never actually take away from what's happening on screen. The film never stops to just be self referential or suck its own dick, but if you're as big an Adam Green fan as I am, there are plenty of small rewards layered throughout the whole thing. Maybe you catch Axl the cat from Holliston, Green's sitcom (a show for which I have previously expressed my tremendous affection...come on, Season Three), but if you don't it doesn't detract from enjoying the movie as a really fun, really bloody slasher. It's one of Adam Green's best directed films, full of carefully orchestrated shots and set pieces and generating real tension at times, not typically the concern of fun, over the top slashers like this.

It's not just Green's own films that Victor Crowley references, either. There's a tribute to the great record room jump scare in The Texas Chainsaw Massacre Part 2 and there's an insane character death, the aftermath of which pays visual tribute to the most iconic image in Cannibal Holocaust. Moments like these remind us that Adam Green is first and foremost a horror fan, a guy who grew up on the kinds of movies he's now making and who has never shied away from celebrating the genre he loves. At a time when audiences seem determined to strip the word "horror" away from anything they actually like and when filmmakers themselves are often distancing their work from the genre to which it clearly belongs, it's nice to know there are some directors who are excited and unabashedly proud to be making horror movies.

It's also the most overtly comedic Hatchet movie. The original film was about as much comedy as it was a slasher movie, but the sequels gradually tipped the scales more into horror than humor. Green announces this one's going to be funny from the opening scene, featuring comedians Jonah Ray and Kelly Vrooman as a couple who encounter Crowley all the way back in the early 1960s. There are big, broad comic performances in the cast from both Felissa Rose and Dave Sheridan, playing a wannabe actor-turned-tour guide. Green's comic timing has sharpened, too, probably from years of writing and directing comedy with Holliston. He's always embraced comedy -- he's performed as a stand-up and his first feature, Coffee & Donuts was a comedy -- but the laughs here are tighter, often times borne out of the rhythms of the editing as much as anything else. 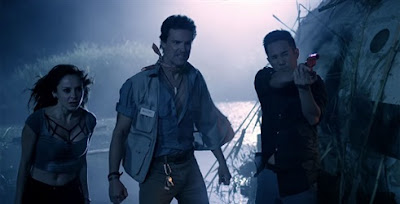 Despite its positioning as an insanely over the top slasher comedy, Victor Crowley is also a deeply personal film. It makes a fascinating bookend to Digging Up the Marrow, Green's last movie, which starred the director as himself and mined a lot of his own life for elements of the story. In the years since that movie was made, Green has experienced a great deal of hardship: divorce from his wife, the death of one of his best friends (Dave Brockie of GWAR), the collapse of the network that aired his TV series, all within probably six months of each other. Victor Crowley sees Green working through a lot of the pain he's experienced over the last few years. Many of the characters in the film are paired off in relationships, all of which are doomed: some have already ended in divorce, while those that are burgeoning are torn apart by Victor Crowley. Literally. There's no hope for love in the world he creates, giving the movie shades of sadness and, at times, anger not present in the previous installments. While the sentiment is a bummer (and made in a particular, and hopefully temporary, emotional state), I love that Green finds ways to put so much of himself into a film that belongs to a genre known for its cookie-cutter sameness. When something is called "An Adam Green Film," it's really an Adam Green film.

Independent filmmaking has changed so much in just the 10 years since Hatchet was released, largely thanks to a) streaming and b) piracy, that part of the victory lap of Victor Crowley is that it exists at all. Though it does not feel it at all, this is a movie scraped together in 11 days and for a fraction of the budget of the original Hatchet. Green adapts by setting most of the movie inside the airplane after it crashes and using his own ArieScope studio when possible. It also feels like much more of a family affair: a few of the actors are returning Adam Green regulars (Laura Ortiz, Perry Shen, Kane Hodder), while almost all of the other principal actors have appeared on "The Movie Crypt" as guests. We know them to be friends, so watching this cast come together to make Victor Crowley has a real "let's put on a show" energy. It's Adam Green casting exactly the people he wants because he has earned the ability to be completely independent and in total control of the finished product. 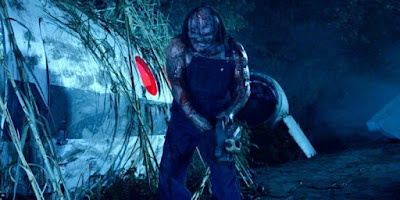 Victor Crowley isn't just celebrating 10 years of Hatchet. It celebrates 10 years of Adam Green movies. It celebrates the challenges and rewards of building your own fanbase and forging your own path in Hollywood. It celebrates a different way of making movies and a different way of getting those movies out to an audience. It celebrates horror and gore and getting to create stuff with your friends. It rewards you for being a fan of the franchise and a fan of Adam Green without ever sliding over into total self-indulgence or forgetting to be entertaining above all else. I've seen movies that feel like victory laps that are totally undeserved. This one has been earned its place, and hopefully marks the beginning of another decade (and more) of stuff from Adam Green. I'll never stop supporting him. He always makes sure it's worth it.