Review: COLETTE & WHAT THEY HAD 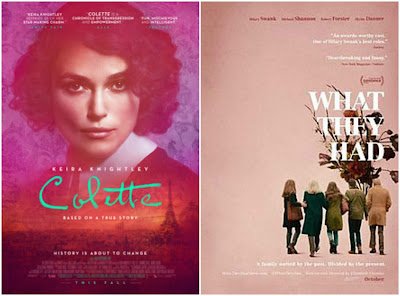 A look at some of Bleecker Street’s award season offerings.

Colette is the sort of period biopic that feels like homework at first: a vibrant, sprawling drama of posh manners and unspoken lusts set against the rolling hills of the 19th century French countryside. But in adapting the early life and work of Nobel Prize-winning novelist Sidonie-Gabrielle Colette (known professionally as “Colette” and played here by Keira Knightley) director Wash Westmoreland (Still Alice) chooses to embrace nuance and introspection over the usual bombast and melodrama. As a result, Colette — though still as polished and elegant as you’d expect — is a witty, honest, and occasionally subversive look at a woman who refused to let her life be defined by convention or controlled by those who would exploit her considerable talents for their own gain. 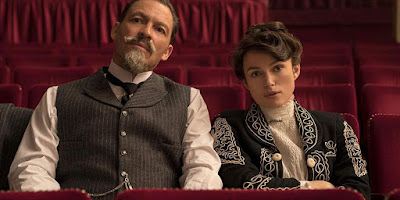 When we first meet her, Colette (then simply “Gabrielle”) is a country girl infatuated with her new husband, literary climber Willy (the nom-de-plume of Henry Gauthier-Villars, played by The Wire’s Dominic West). Willy is one of Paris’ leading playboys, a bloated and pompous huckster peddling the authorial efforts of men like Veber (Ray Panthaki) under his own brand. When she tires of ghostwriting his letters and glad-handing adoring fans who don’t know they’re being duped, Colette pens a manuscript chronicling her precocious childhood, which Willy helps shape into Claudine at School. As “Willy’s” novel sweeps Paris (eventually begetting further Claudine adventures), Colette fights for control of her would-be celebrity, rejecting her husband’s stewardship and setting out on her own journey toward personal, creative, and sexual freedom.

Though the gorgeous cinematography and intricate costuming are probably enough to earn Colette some prestige season attention, the film’s greatest strength is the addictive chemistry between Knightley and West. Both are playing flawed, passionate, impulsive people who eventually find themselves unable to cope with the stranglehold of traditional domesticity. When it becomes clear that their marriage would be best handled as more of a business partnership, Willy (himself an incurable philanderer) encourages Colette’s affair with the androgynous noblewoman Missy (Denise Gough), who in turn encourages Colette to turn her artistic attention toward the stage. It’s a delicate arrangement that doesn’t last. Willy and Colette absolutely should not be together — their appetites are fundamentally incompatible — but that doesn’t make it any less sad to see them fall apart. Our consolation is to celebrate Colette’s hard-earned independence, her freedom from the outmoded boundaries that couldn’t contain her.

Those with a period romance allergy might consider another holiday season staple: The thoughtful and introverted family drama. First-time writer/director Elizabeth Chomko’s What They Had (winner of a 2015 Nicholl Fellowship in Screenwriting) is a warm and funny exploration of broken people trying to glue themselves back together. It’s the kind of film Jonathan Demme might have made, a human story with soul and energy that doesn’t feel saccharin or overwrought. It’s incredibly sad, of course — it’s an Alzheimer’s story — but its conflicts and complications don’t feel manipulative. It’s a film about taking stock, about reflection and accountability. It’s about how we make difficult choices and, more importantly, how we live with them.

Bridget Ertz (Hilary Swank) and her twenty-something sister Emma (Tassia Farmiga) are flying home. Their mother Ruth (Blythe Danner), a longtime Alzheimer’s sufferer, has wandered away in the middle of the night again. It’s not the first time, and it won’t be the last. Though Bridget’s father Norbert (Robert Forster!) quickly tracks his wife down and insists that they don’t need any outside help, Bridget’s brother Nicky (Michael Shannon) is planning a full-frontal assault on his father’s presumed delusions. He believes both of his parents are safest in an assisted-living home (Norbert has already had four heart attacks), and he needs Bridget’s power of attorney to make that happen. 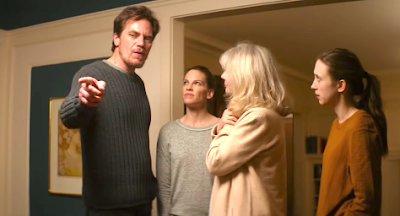 As you’d expect, Norbert isn’t going down without a fight. Everyone in What They Had is good, but Forster’s vulnerability and defiance add depth and tension to scenes that lesser actors or screenwriters might play bigger and splashier. Norbert isn’t a pontificator; his marriage is built on a few gruff, simple, and unshakable rules: “There are no bells and whistles,” he says. “You find someone you can stand and you commit.” Alzheimer’s is no exception. No one will strip him of his solemn responsibility to care for Ruth until the day she dies. This isn’t a new scenario in films like these, but What They Had gets it right by giving Norbert both a consistent point of view and the competence to exercise it. He’s actually really good at taking care of Ruth, and — much to his son’s chagrin — we’re not entirely sure she shouldn’t stay with him.

What’s more, it’s not as if his children have it all figured out. Bridget, unhappily married at 20 and now in her 40s, is lonely and withdrawn, in denial about her circumstances and unsure how to change them. Emma is a dropout-in-waiting, resentful of the pressure she feels from her family to achieve collegiate success where they never could. Nicky, a cynical and cantankerous bar owner who claims to have given up the search for his father’s approval years ago, sees through his sisters’ bullshit. But he’s in denial, too. They all are. We all are. What They Had isn’t interested in punishing us for that, though, and its third act doesn’t promise closure or recuperation. Instead, it offers an opportunity. We can choose to believe that Bridget finds a love like her parents’ or that Emma will wake up in time for enough classes to graduate. No promises, though. Choose to hope, remember, or forget. Up to you.
Posted by Patrick Bromley at 5:00 AM