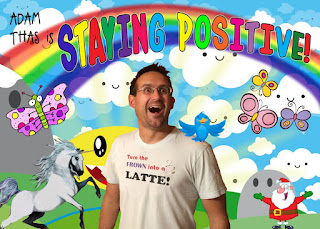 Let's go back to the last days of Disney animation.

Disney 2D animation reached its pinnacle in the 1990s. It was the gold standard for animation, attracting the best talent in all aspects of the genre. At its peak, Disney animation employed over 600 individuals from the years it took to concept to finish of a film. Seeing Lilo and Stitch in 2002, I had hopes that that my favorite genre was still viable in an increasingly CG world. However, when I saw Treasure Planet the first time, it left me feeling cold and relatively unimpressed by what I saw. I walked out of the theater with the perception that Disney had lost touch with the viewers and that 2D animation was responsible for its own demise. 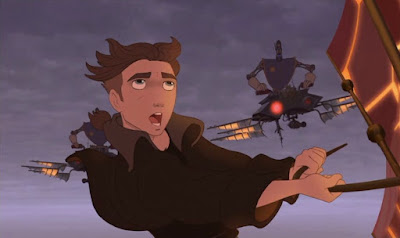 Viewing Treasure Planet again, I found that my original opinions were only half true. The 1990s were the golden years: The Little Mermaid, Aladdin, Beauty and the Beast, The Lion King -- Disney Animation was on a roll. There were plenty of good movies after those, but with the success of Toy Story, Disney started to see that not only were the new CG movies getting better reception, they were also cheaper to make in the long run. Let’s take Shrek for instance, and look at that as the movie it is or the movie it could be. Let’s assume that instead of CG, Shrek was done in traditional 2D animation as well as the three sequels and countless shorts or spin-offs. If Shrek was 2D, that means for every sequel, you need to have all the animators draw, ink, and color every frame. Well, with CG animation, you make Donkey once, you make Shrek once, and then for every sequel you have that same model saved on a hard drive somewhere, and your cost of production goes down significantly. The time to make one movie can shrink from years to months.

CG was cheaper and beginning in the late '90s, making much more money. Originally pitched in 1985, Treasure Planet sat on a backburner until directors Clement and Musker got it greenlit. By the time it was given the go ahead, 2D animation was already in trouble, and after laying off hundreds of employees, Treasure Planet was really the last push of the Disney studios to see if it could make money. It turned a profit after all was said and done, but not nearly enough. Now sandwich Treasure Planet in between Monsters Inc. in 2001 and Finding Nemo in 2003, both of which made a ton of money, and it was clearly the end of Disney 2D animation as we knew it. Watching it in 2002, the movie was a space epic marketed towards boys, with pirate ships in space, comic relief, and rocket-powered wind surfing chases. It seemed like it would be a hit, but watching these things unfold on the screen, I felt so disconnected from all of it. Rewatching it now, I realize that Disney was doing its job and they made a good movie, I had just outgrown it. I didn’t realize it at the time, but that magic I found in earlier Disney movies now felt like an estranged father who buys you a dirt bike for your birthday when all you wanted was a microscope. They didn’t lose touch with me; I lost it with them. 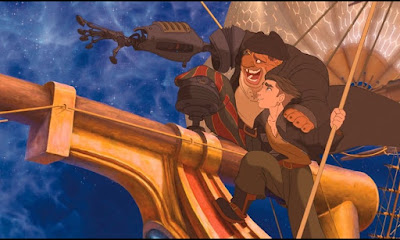 Being older and able to watch Treasure Planet now, it is a beautiful movie that got lost in a changing market. In it are gorgeous scenes of creativity, made by some of the best artists in a genre that the world had offer. There is a small scene where the ships are coming into dock at a spaceport and it is perfect. The colors the animators use and the time that they take to show what they can do is breathtaking. The relationship between John Silver and Jim is earned, and is a great adaptation from the original source material. The overall plot has some things to be desired, but takes some unique twists where they modernize the plot and do things that could only be done in the future and in space. However, it is in these adaptations where Disney itself needs to assign some blame for its failures. When you look at Disney's 2D animated movies, a huge chunk of them are based off of existing material. Out of the big movies from the 90s, only The Lion King is an original idea, and even that has a lot of influence from Hamlet. I think that’s why Lilo and Stitch was such a breath of fresh air for me at the time. While the Pixar division was doing original movies like Monsters Inc., Disney was doing Treasure Planet, Return to Neverland, and The Jungle Book 2. Pixar was fresh, doing original ideas, cheaper, and making more money. The end was inevitable. Shortly after the release of Treasure Planet, Disney started cutting massive amounts of staff. With the box office defeats of Brother Bear and Home on the Range, the once massive Disney 2D animation department was no more, selling off most of their equipment. 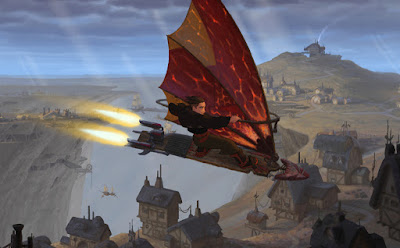 Having rewatched Treasure Planet, I encourage any fans of Disney or 2D animation to give it another viewing. I’m glad I did. In the history of Disney animation, it has been largely overlooked. I won’t put it in the same category as some of the greats from the studio and genre, but was pleasantly surprised that it is a lot better movie than I ever gave it credit for, and is a time capsule for a short period in cinema that shows the changing of the guard from 2D animation to computer.