Ignore the Oscars and catch up with some stellar indie horror and thrillers from the last few years. 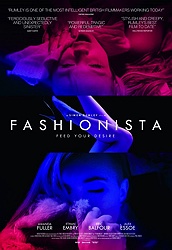 Fashionista (2017, dir. Simon Rumley) Amanda Fuller reunites with her Red, White, and Blue director Simon Rumley for a psychological thriller about a woman on the verge who has a very...special relationship to clothing. Fuller is characteristically excellent, as is Ethan Embry as her husband and Eric Balfour as a creep (what else?). Sure, it's a case of style of substance, but that's fitting for the narrative here, and Rumley does a nice job of recreating a character's mental state through visuals and tone. (Watch free on TubiTV) 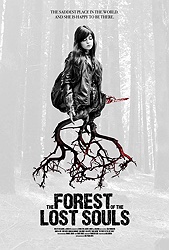 The Forest of Lost Souls (2018, dir. José Pedro Lopes) A beautiful, stark black and white thriller about a young woman and an older man who meet up in the suicide forest. I won't spoil where it goes from there, because the movie's lack of predictability is one of its charms: it starts and ends as something very different. At under 80 minutes, it knows how to get it and get the job done quickly. That almost never happens anymore. (Watch on Hulu) 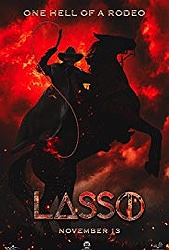 Lasso (2018, dir. Evan Cecil) A week or so ago, I published a list of Dread titles people should see. Lasso was on that list. It's not a "great" horror movie, but it commits so hard to its gimmick -- a slasher movie with all rodeo-themed murders -- that I can't help but be won over by it. It's nice to see a horror movie that knows exactly what it is and bends over backwards to be the best possible version of that thing. (Watch on Amazon Prime Video) 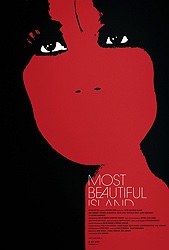 Most Beautiful Island (2017, dir. Ana Asensio) Ana Asensio directs and stars in this slow-burn thriller about an immigrant woman living in New York and trying to survive, slowly getting drawn into danger as she's exploited by those with more power. This is a well-made debut that gets darker and better as it goes along -- the kind of movie that gets me excited to see whatever Asensio is going to direct next. (Watch free on Vudu)
Posted by Patrick Bromley at 5:00 AM

Email ThisBlogThis!Share to TwitterShare to FacebookShare to Pinterest
Labels: dread central presents, fashionista, i stream you stream, lasso, the forest of lost souls