Six DREAD Titles to Check Out

There's an indie horror label doing some very cool stuff you need to know about.

Since the release of their first film Terrifier last year, I have been following Dread Central Presents -- recently rebranded as simply Dread (An Epic Pictures Genre Label) -- in part because I like the tastes of the people involved and in part because I'm always looking to support smaller genre movies that could use good word of mouth.

Full disclosure: Rob Galluzzo, who runs Dread, is someone I have been a fan of for years (as host of Killer POV and now Shock Waves) and now consider a friend. He has appeared on the podcast before, too. And while I can be honest and say that I would love for people to check out these movies because it would be good for business, I'm writing it because I actually like these movies and want to give some attention to films and a label that deserve it. 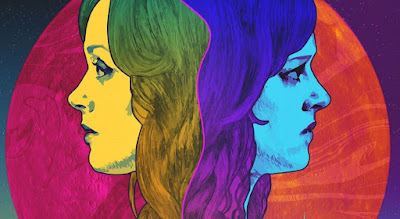 I was a big fan of writer/director Natasha Kermani's debut feature when it was released in early 2018, and my affection for it has only grown in my memory ever since. Lauren Ashley Carter plays a dual role as an adult film star and an alien who copies her form as she learns about humanity. The movie is strange and haunting and often beautiful, like a much warmer Under the Skin. Huge bonus if you buy the Blu-ray: you also get Nina Forever, a really terrific undead love story that's packaged as a double feature with Imitation Girl. The pair together make for one of the strongest discs in Dread's library. (Buy Imitation Girl) 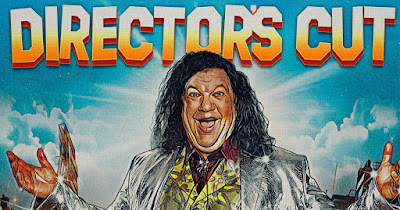 As a small label looking to put out interesting stuff like Imitation Girl, I was already a fan of Dread. But I knew I'd be a fan for life when they released Adam Rifkin's Director's Cut, because I don't know of a single other label who would be willing to take a chance on a movie as offbeat as this (and, having heard Rifkin interviewed around the time of the movie's release, I don't think I'm wrong). Screenwriter Penn Jillette plays a Rupert Pupkin-esque creep who becomes infatuated with actress Missi Pyle (here playing herself, great as always), so he kidnaps her and creates a new cut of her most recent film (a slick, generic Se7en-inspired thriller) in which he plays the lead. The movie Director's Cut isn't just this new "sweded" version, though; it's actually the commentary track for the new movie, meaning Jillette narrates the whole thing in character. It's, like, three or four levels deep in meta, but it all works. Adam Rifkin is one of the great cinematic anarchists working today, and Director's Cut is such a blast because he's laying waste to entire form of feature filmmaking. What a unique, audacious movie. (Buy Director's Cut) 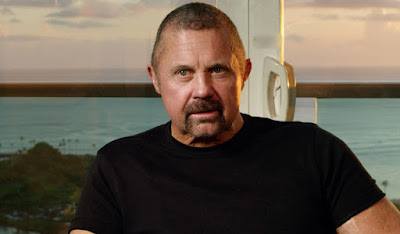 Any self-respecting horror fan knows -- and more than likely loves -- Kane Hodder, the stuntman and actor who has appeared in dozens of genre films and who carried the torch of Jason Voorhees for over a decade, playing the hockey-masked killer in Friday the 13th Part VII: The New Blood (Mike's favorite) through Jason X, as well as the hulking Victor Crowley across Adam Green's four Hatchet movies. Despite his omnipresence in the genre, To Hell and Back proves that there's so much about Kane Hodder I didn't know, from his upbringing being bullied as a kid to the horrifying ordeal of a stunt that went wrong and left him badly burned and near death. It's an incredibly intimate, moving, and ultimately inspiring look at the man behind the mask. (Buy To Hell and Back) 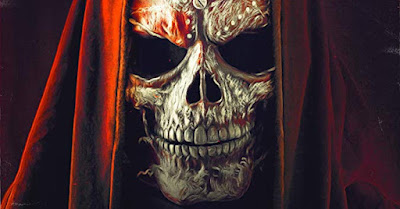 This one was on my list of favorite horror movies of 2018 (alongside Imitation Girl, meaning there were two Dread titles on my Top 10). Anthony DiBlasi is a guy who's made a lot of horror movies and they haven't all worked for me, but this one really connected thanks to its construction and its willingness to go to some dark, brutal places. Dana Christina plays a young woman looking to face her fears in an extreme haunt (think McKamey Manor), but trauma in her past interacts with what she's made to undergo and the assholes behind the haunt don't know who it is they're fucking with. While the results are where the movie's true horror lies, there's also something strangely satisfying about it. Finally, someone calls their bluff. (Buy Extremity) 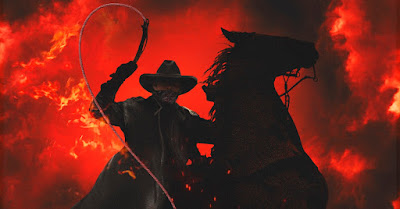 I didn't have the highest of expectations for the rodeo-themed slasher Lasso, making the movie a very pleasant surprise. Though it lacks the craftsmanship of Extremity and the originality of the other films on this list, there's something charming about a horror movie that commits so wholly to its own bit -- in this case, a bunch of kills centered around the rodeo/cowboy shtick. Like Killer Klowns from Outer Space, it feels like the filmmakers sat down and tried to come up with every possible novelty gag they could that related to their premise, then executed those gags with zero pretense. Plus, the movie has a great deal of fun putting Sean Patrick Flannery through hell, and that guy was in Boondock Saints so it just seems right. (Buy Lasso) 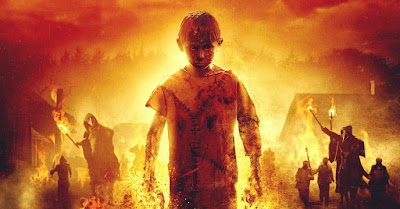 The most recent Dread title is also their first original production (as opposed to pickups, as the other movies have been). Having seen and not been a fan of the Paz Brothers' previous effort Jeruzalem, I was incredibly skeptical about The Golem. I was wrong. This is an ambitious, well-made, dare I say classy horror film steeped in the kind of folklore that rarely makes its way into genre films anymore -- in this case, Jewish folklore about the Golem, a creature made of mud or clay built to do its master's bidding. This period piece finds a woman (Hani Furstenberg), mourning the loss of her son, creating a golem to help defend her small village from a group of outsiders who have moved in and are taking over. While it's not the definitive golem movie one might hope for -- it's more about grief and loss -- there's enough cultural identity folded into the story that it feels like very little else in horror right now. I was so impressed with this one. (Buy The Golem)
Posted by Patrick Bromley at 12:00 PM