On the Power of Movie Marathons 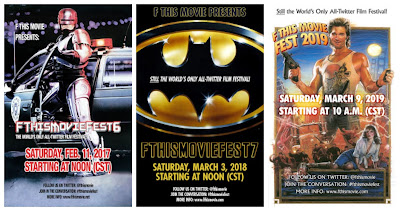 There are so many wonderful things about #FThisMovieFest: We’re committing an entire day to watching movies. We’re uniting the generous and passionate F This Movie! community for a common purpose. Most importantly, we’re cutting pizza with scissors. But for me, the genuinely remarkable part of this entire endeavor is getting to see how a themed movie marathon plays out in real life. A movie marathon is an inherently tricky proposition; many Normal People can barely sit still for one movie, let alone several. But Movie Lovers are programmed differently. We give our minds and bodies over to the screen, digging deep into every moment and emerging afterward as new people with new emotional and intellectual perspectives. Movies affect how we feel about ourselves, each other, and the world we share. We use them to regulate our moods. They make us stronger, more empathetic, and more vulnerable. Each one is a little miracle. 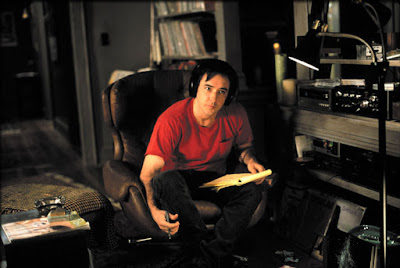 And it’s those truly gifted Movie Lovers, some of whom I’m lucky enough to call friends, who are able to wield that existential power like a weapon. Through double features, Massacres, and marathons, they creates threads of themes and images that — while often varied in subject or genre — produce unified spiritual sensations much more powerful than any one of them could produce on its own. There’s an art to it, a responsibility. “You’re using someone else’s poetry to express how you feel,” says High Fidelity’s Rob Gordon. “This is a delicate thing.” By creating a bridge between two or more movies, we’re telling those in our orbit something very personal about ourselves. Even when that bridge is built on a seemingly superficial foundation (say, movies that share a common year of release), we’re still culling a galaxy of material into a kind of idiosyncratic playlist. It’s a wonderful skill that I’ve never had.

I suppose I may have been good at it as a music-loving teenager, constantly hoping to communicate What It Means to Be Me through just the right combinations of songs from The Get Up Kids or Saves The Day, but that’s different. That’s about ego and posturing. Frankly (and this is no disrespect to music lovers or musicians; I count myself among both their ranks), it’s easier. Music is more temporary, more transitory. Ephemeral. Movies simply take up more time and more space; they require more focus and more energy. The sensory experience is more varied. Movies are the best art because they are all the art: They’re music and drama and engineering and photography and architecture and costuming and painting and cosmetology and graphic design. They’re symphonic. Composing twelve, twenty-four, or even forty-eight-hour symphonies is a massive structural undertaking suitable only for the wisest and most enterprising among us. 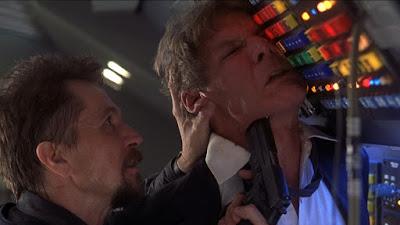 Consider the double feature: Let’s say you’re presented with one movie and asked (as Patrick and Adam are in their Friday Night Double Features column) to program a follow-up. Let’s say that movie is, I don’t know, Air Force One (1997). Late ‘90s, high-concept actioner with a charismatic screen legend playing the President of the United States. What does your gut tell you to do with that? Do you program another Harrison Ford movie? Another overblown Wolfgang Petersen joint like Troy or The Perfect Storm? Do you make reliable character actor Xander Berkeley the centerpiece and program something like Candyman? Maybe you’re a fan of screenwriter Andrew W. Marlowe and you decide to go with End of Days? You could call it “Highs and Mar-Lows” (Sorry, puns are Adam’s thing). Presidents? Airplane disasters? Movies where Gary Oldman does a funny accent? You need trailers, too, remember. See how hard this is? 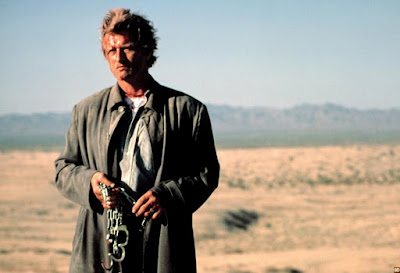 My point is that whatever you pair with Air Force One will tell me something about who you are as a Movie Lover. It will tell me what spoke to you about that movie and, really, what speaks to you about movies, in general. It’ll show me your creativity. And I want to know! It’s fascinating! Because this process terrifies me. My brain is simply not wired the right way. I have trouble thinking laterally. My knowledge isn’t as encyclopedic as I want it to be, at least not yet. Sometimes I want so badly to say the right thing that I end up saying nothing at all. Even something as simple as a trailer block (like the Rutger Hauer/Jennifer Jason Leigh-themed block that Adam programmed for us this weekend before we watched The Hitcher*) is so impressive to me. But #FThisMovieFest? Paring down a year’s worth of movies to five (six) that will keep a worldwide audience entertained for an entire day? Forget it. But I’m going to work on it. I’m going to get good at this, and I salute those of you who already do it so well.

*Note: We did not end up watching The Hitcher. We watched ‘80s music videos instead.
Posted by Patrick Bromley at 12:00 PM

Email ThisBlogThis!Share to TwitterShare to FacebookShare to Pinterest
Labels: air force one, movie marathons, the hitcher