Celluloid Ramblings: What I Like About the New Criterion Channel 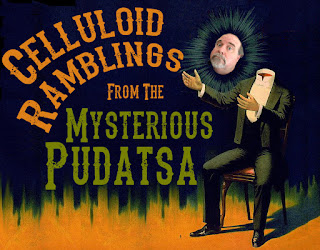 We never want to see streaming services like Film Struck go away ever again, right? Who’s with me?

After much anticipation and some well-chosen teasers, the new Criterion Channel streaming service went live last Monday. I was very sad when FilmStruck went belly up, so when charter subscriptions to CC became available, I may have been first in line.

And it wasn’t just for the discount. 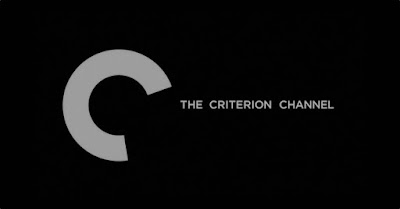 More and more in modern society, we find ourselves weighing the needs of the few against the needs of the many. I do not mean to turn this short column into a political rant (TOO LATE – Eds.) but when it comes to the movies in any form, we are not just talking about a commercial business; we are also talking about art. I consider film the most important art form of the 20th century. I do not begrudge anyone making a profit from this business we call show, but these hypothetical moguls need to realize at some point that they are also the guardians of our cultural heritage.

A THRILLING PHILOSOPHICAL RANT: When Blockbuster Video first opened its blue doors, they had everything: new movies, old movies, and entire sections devoted to Westerns, Musicals, and silent films. (It’s true! I was there). In time, the capitalist imperative that every videotape in the joint somehow had to justify its own shelf space with a quota of rentals meant that more and more Blockbusters began ditching niche product in favor of new releases. Of course, as a profit-seeking entity, Blockbuster had every right to do that—but I also had the right to stop doing business there because this “New Release” marketing mentality made me nauseous. To be honest, I was HAPPY when Blockbuster went out of business. I found great psychic comfort in the fact that they were essentially done in by 1) their own greed and over-franchising; 2) the early Netflix rent-by-mail service; and 3) Redbox, which proved that people didn’t hate leaving the house to rent a movie, they simply loathed dealing with other human beings to do so.

It is a cliché that art and commerce do not mix, but I have now seen this“Blockbuster Model” play out many more times. Streaming services that used to provide a wide cross-section of films are now succumbing to it—offering more new releases, television episodes, and even branching out to produce movies of their own. Again, there is nothing wrong with this. If the only way we get Roma is because Netflix agreed to bankroll it, then all hail Netflix.

But the dirty little secret of Netflix, Hulu, Amazon Prime, and even Shudder is that they are offering less and less of the old stuff. Permit me to sound like the Grandpa that I hope (one day) to be and say, “The old stuff is the good stuff.” Less than five percent of the offerings on Netflix are from the first 60 years of cinema.

Leave it to the fine folks at Janus Films and the Criterion Collection to recognize an underserved audience… and so the new Criterion Channel rises from the ashes of what was formerly FilmStruck.

If what the channel is offering in April is any indication of the future, we are in for a wild filmic ride—and an economical one, because the Criterion Channel is less than $12 a month, with several additional discounts available. The Criterion Channel’s home screen is clean and easy to navigate; here are my first impressions after canoodling around there for the past few days.

1. I like that not every film is available forever. This new streaming service could have been a virtual warehouse for the impressive list of titles in the Criterion Collection; instead, there are selected monthly offerings. A deadline might just be the fire under my ass that motivates me to watch some of these titles. How many of us have stacks of DVDs and Blu-rays that we have never gotten around to watching because we could watch them any time? Any time is no time. Thanks for the incentive, Criterion. 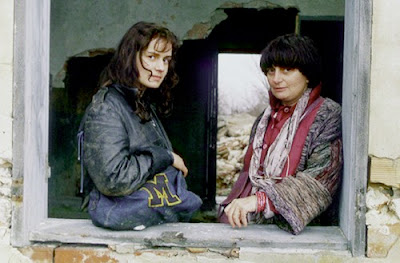 2. The two “headliner” collections in April are “Directed by Agnes Varda” and “Columbia Noir.” The former is a tribute to the late filmmaker, and many of her films are tragically under-seen. (I would start with Vagabond and La Bonheur, and then set your own trail.) The noir collection consists of no fewer than 11 films from a studio not known for its contributions to noir, so some of these are a little obscure. I am particularly looking forward to watching Drive a Crooked Road (Mickey Rooney in a film noir? Yes, please!) and the Blake Edwards-directed Experiment in Terror. 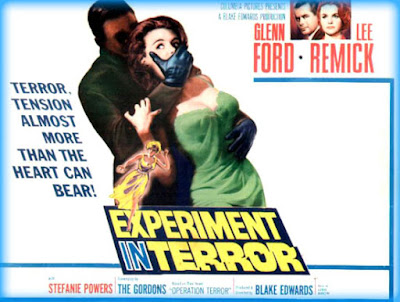 3. I like how the “Adventures in Moviegoing” shorts have been retained from FilmStruck and the Criterion Collection’s website. These ten- to fifteen-minute mini-documentaries each feature a different celebrity talking about their favorite films. Whether it’s SNL alum Bill Hader, Barry Jenkins, Guillermo Del Toro, Kareem Abdul-Jabar, or Mira Nair being interviewed, each one is a delight. Required viewing!

4. I don’t remember the “Arthouse America” shorts from FilmStruck, which leads me to believe that they are new to the Criterion Channel. Each short film in this series focuses on a famous reparatory cinema and talks about what makes it so special. Of particular interest in April is the episode featuring the Texas Theater, famous as Lee Harvey Oswald’s hideout before his arrest. The programming that this local treasure now offers its patrons is both impressive and goofy. These theater shorts are like potato chips; it’s hard to enjoy just one.

5. For a long time, the delightful Bugsy Malone was quite difficult to see in the US; but this month, it’s streaming on the Criterion Channel. This charming confection—a gangster musical with an all-child cast and songs by Paul Williams—shouldn’t work, but it does. Scott Baio plays the title role of a street tough looking to go straight; Jodie Foster plays Tallulah, a nightclub singer with a heart of gold. Both the good guys and bad guys in this film do each other in with “splurge guns,” which shoot massive globs of whipped cream. Yummy! You can read Heath Holland’s appreciation of the film here. 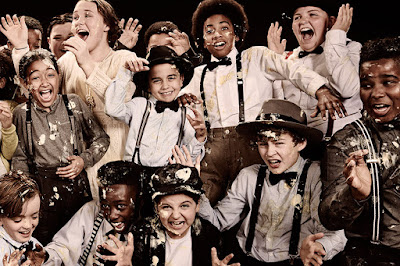 6. I like the fact that “Essential Arthouse” has been retained from both FilmStruck and the Criterion Channel. I sometimes take for granted what a resource the Music Box Theater in Chicago was during my misspent youth, and what an education I received during the enormous amount of time I spent there. Now is YOUR chance to experience (or re-experience) certified masterpieces from around the world: April offerings include The Seventh Seal, Red Desert, Ugetsu, The Wages of Fear, Smiles of a Summer Night, 8 ½, and Angel at My Table. It’s like a film school inside of an app inside of a streaming service inside of a fucking cellphone. Subscribe!

7. Just like walking around a video store, I love the titles that are to be found by simply exploring the site. Look to your left and there is the original version of The Most Dangerous Game from 1932; look to your right and there is Spirits of the Dead, the horror anthology film directed by Roger Vadim, Louis Malle, and Frederico Fellini! The Criterion Channel is also offering the 1942 re-release of Chaplin’s The Gold Rush in April. If you use the TCM app, you can compare the 1942 version to the restoration of the original 1925 release version the Turner people are offering this month.

(By the way, those of you who subscribe to cable have downloaded and activated the TCM app, right? It essentially allows you to watch any of Turner Classic Movies’ monthly offerings any time you want. It’s terrific! TCM should consider allowing people without cable subscriptions to order this app a la carte.)

It is free to go exploring the Criterion Channel’s website on your own; I’m just so damn excited about the whole thing that I needed to talk about it to SOMEONE. I hope that this new endeavor is a success; the folks at the Criterion Collection deserve it. They take their job as cultural custodians seriously. Consider your monthly subscription a contribution to their stewardship. The fact that you can enjoy ALL THESE GREAT FILMS is a bonus. There’s no reason whatsoever to ever go to work again!

What are YOU most looking forward to on the new Criterion Channel?
Posted by Patrick Bromley at 5:00 AM