You've got a few days to stream these picks before the Criterion Channel launches and gets all our attention. 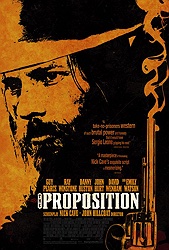 The Proposition (2006, dir. John Hillcoat) A great revisionist western (written by Nick Cave!) about Guy Pearce being tasked with finding and killing his brother (Danny Huston). This is the kind of movie that will make you feel like you're covered in dirt and blood, probably because everyone in the movie is covered in dirt and blood. John Hillcoat makes really grim movies. This is the best of them, and the one movie of his that I really like. (Watch on Amazon Prime Video) 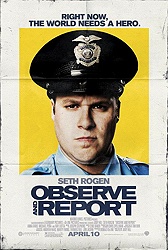 Observe and Report (2009, dir. Jody Hill) For my money, Observe and Report remains one of the best comedies of the 2000s and a movie that only gets better as the years pass. Seth Rogen and Anna Faris push their comic personas past their breaking points and Jody Hill is willing to let the material get really, really dark and fucked up. I love, love, love this movie. (Watch on Netflix) 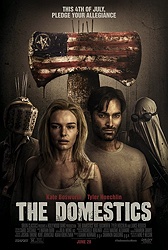 The Domestics (2018, dir. Mike P. Nelson) This indie horror/action hybrid got more or less buried last year among the embarrassment of good genre movies we got, so I'm hoping some people discover it on streaming now. Kate Bosworth and Tyler Hoechlin (who, I'm assuming, is his generation's Jonathan Schaech) play a fractured married couple who have to travel across country in the post-war wasteland of America, besieged by roving gangs and various ne'er do wells. I know it can be lazy to boil a movie down to "fun," but this one is fun. There's not a better word to describe it. (Watch on Hulu) 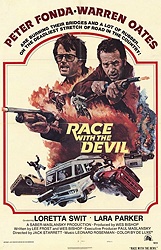 Race With the Devil (1975, dir. Jack Starrett) Warren Oates and Peter Fonda drive an RV and get chased by a satanic cult. Did I just describe the best movie ever made? Quite possibly. Hopefully I had you at "Warren Oates." This movie rules. It would actually make a cool double bill with The Domestics, too. (Watch on Shudder) 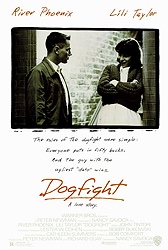 Dogfight (1991, dir. Nancy Savoca) This is one of Adam Riske's favorite movies, and one that hasn't always been easy to see. The fact that it's now streaming for free is reason to celebrate. (Watch free on Vudu)
Posted by Patrick Bromley at 5:00 AM

Email ThisBlogThis!Share to TwitterShare to FacebookShare to Pinterest
Labels: dogfight, i stream you stream, netflix instant, observe and report, race with the devil, the domestics, the proposition, warren oates