Six Episodes of the Pure Cinema Podcast You Should Listen To 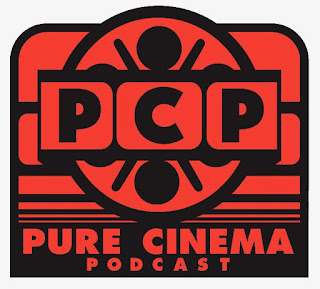 After about a decade of my movie-watching being almost solely focused on the horror genre, I started getting the urge to branch out into all those other great movies I had missed over the years. I knew there was a slew of western, crime, comedy, romance, and drama films out there waiting for me to discover. But with so much time already lost and so much to catch up on, the daunting question became: where to start? Luckily around the same time of this mid-life movie crisis, a new podcast popped up that became my savior.

Debuting in February 2017, the Pure Cinema Podcast is hosted by cinephiles Elric Kane and Brian Saur. The show is now in its third season and has just under 60 episodes waiting for new listeners to enjoy. The basic conceit of the show is simple: the guys choose a general topic - alien movies, for instance - and then each give their (usually) five picks of movies that fall under that category. Except the PCP way is to pick “Five Films Because,” which are not necessarily the “best” movies in the category, but rather those lesser known or talked about gems that they want to highlight. Things have changed a little format-wise with each new season, but that core concept is still the heart of the show, and what keeps me eagerly coming back for each episode.

To be honest, I was a little reluctant to listen to the show at first. I’d heard Elric for years already on Shock Waves/Killer POV. I could tell that he was always itching to dive a little deeper into the movies he would talk about, and that his knowledge and interests extended far beyond horror. Brian’s Twitter account and Rupert Pupkin Speaks blog are both fantastic resources for little-seen films from all different time periods and genres. This makes them the perfect pair to host a show like this, but also a little intimidating as well. With their breadth of knowledge, I knew that they would be talking about movies that I had never even heard of before, and I didn’t think I could keep up. And sure, that’s still pretty much what the show is like every episode for me, but I quickly learned to embrace that in a big way. 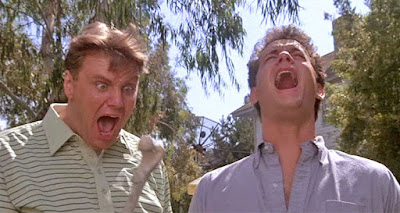 This is because these guys just love movies. There’s no snobbery at all behind their discussions, and they don’t avoid big name titles for their picks (save for a few exceptions) just so they can show off and go for the obscure choice. They’ve simply watched A LOT of movies, have a genuine appreciation for them, and want to share them with their listeners. Once I finally dove in and started watching the movies they recommended, I was finding new favorites all the time. I even picked up on other actors and filmmakers that they enjoyed and found some films on my own that way. I loved them all. Simply put, if you love movies, you have to listen to this show. No matter the topic, Brian and Elric’s passion is incredibly infectious and invigorating, powerful enough to pull me out of my movie-watching slump and ignite my own passion all over again.

If all that isn’t enough to get you on the Pure Cinema train, here I’ve picked six episodes of the show to get you started. Granted, these are mostly personal favorites, but I think they’re a great representation of what the show is and what you can expect. 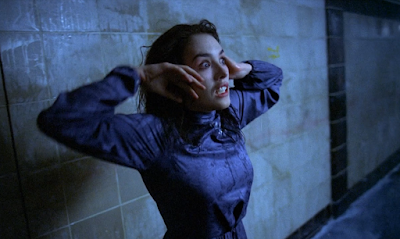 What better place to start than the beginning? Here, Brian and Elric obviously introduce themselves and their plans for the show, as well as go through some basic questions about their history with and love for movies. Perhaps most importantly, though, they also introduce the concept of a “handshake” movie, a term you’ll hear throughout the show. As Elric puts it, handshake movies are those titles you pull out when meeting someone for the first time that really define you and have meant the most to you in your life. Identifying your handshake movies is a really great exercise for any movie lover to try because they don’t have to be the greatest movies of all time or even your favorites – they just have to be important to you in some way, and only you can define that for yourself. 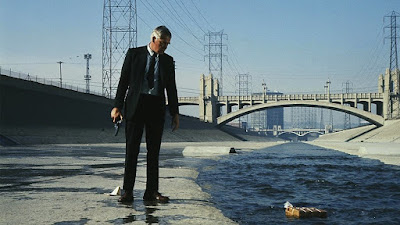 A big reason why I love Pure Cinema is that Elric and Brian’s discourse often goes beyond a mere surface-level review of a film. They love to dig deep into the themes and ideas presented by the filmmakers and how it affects the viewer while watching. I think the best example of this is in my personal favorite episode of the show called “Death Wishes,” which looks at revenge movies. Revenge cinema has always been a huge interest of mine, as the entire concept behind it is so fascinating and complex. The guys highlight a great crop of movies in this episode (thank you for Rolling Thunder), and they also have a very honest and candid discussion about the idea of revenge, diving headfirst into the murky waters of rape-revenge with the utmost respect. This episode resonated with me deeply, and reinforcing some of my own complicated thoughts on the subject, while also giving me some new things to think about as well. 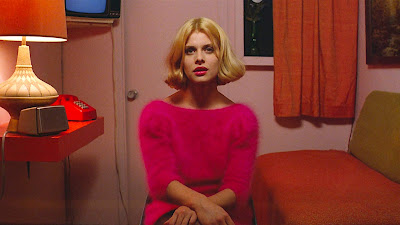 It’s always fun to think about what films you would have picked for a particular episode topic. The guys made the exercise a little more difficult, but definitely more interesting, with the concept of the Life Cycle. Looking at five different stages in a person’s life – childhood, adolescence, “the 20s drift,” adulthood, and “the twilight years” – Brian and Elric each pick one movie that fits into each stage. There are a couple different ways to go with this idea, whether more personal or general, so of course the choices from the two of them run the gamut. I saw many PCP fans sharing their own lists for this episode on Twitter, and it was so wonderful to see that kind of participation from fans, and the thought they put into a great idea such as this one. 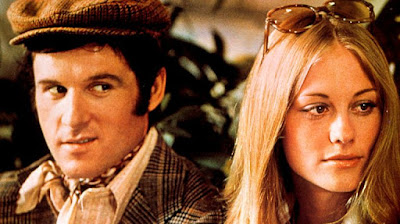 I’ve heard the guys mention before that the romance episode is one of their least downloaded, so let’s get those numbers up! Maybe romance just isn’t the topic for some listeners, but as they say in the show, if PCP is tackling romance, then you know things are gonna get weird. The approach the show takes to addressing topics like this in movies will teach you to think way outside the box, and maybe look at movies in a totally new way. Romance doesn’t have to be these big, sweeping love stories, as the guys prove here with their choices. This episode is also wonderful because it introduces listeners to possibly one of the best PCP movie recommendations, the Vincent Price and Robert Mitchum starring film His Kind of Woman. 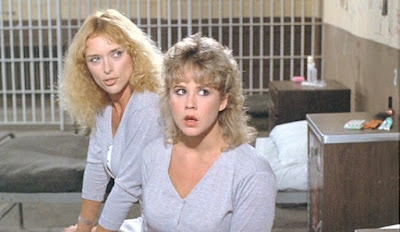 Prison movies are another subset of film that fascinates me, so I was all over this episode. What’s great about PCP tackling a broad topic like this is that they can really pull from their knowledge and give listeners movies that are not so obvious. Many people probably have only a basic idea of what prison is like (from the movies, most likely), and what I loved about the picks in this episode is that they were so not what I was expecting. Almost every single one of them was a different type of prison environment, with a different type of main character or protagonist, and therefore dealt with different conflicts and ideas. There’s some exploitation fun, some hard-hitting drama, and even some weird, trippy experimental stuff. I promise that you will get a ton of great recommendations from this episode. 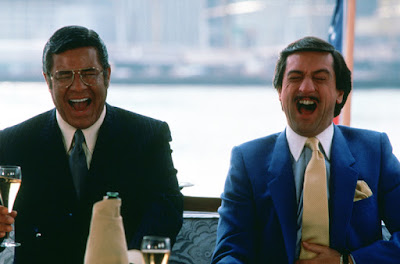 Some of the absolute best and most involved PCP episodes have been the ones in their director series. In the season one episode “MacGuffins,” the guys each chose five films from director Alfred Hitchcock to pair with another movie. They then did the same thing with the entire filmographies of Quentin Tarantino and John Carpenter, going film-by-film chronologically. They are now in the middle of their three-part series on Martin Scorsese. Part two of this series, which goes from The King of Comedy to Casino, was one of my most anticipated episodes and it did not disappoint in the least. This is an incredible block of movies from an incredible filmmaker and the love that Brian and Elric have for these movies, and the pairings, is palpable. You can tell that they wanted to do right by the man, and I would definitely say they did at that. Like I said, this one was my favorite, but if you’re a fan of any of the directors they have chosen thus far, I can’t recommend those episodes enough because they are all wonderful.

This is only a little more than a handful of episodes to get you started with the Pure Cinema Podcast, though I would of course say listen to them all because I love them all and I love this show. Just looking over the episode titles and the topics that have already been covered, I think any film fan can find something that interests or means something to them. I have happily joined the ranks of the PCP Purists and want everyone to do the same, because I really think they are doing something special here. I look forward to each new episode, and even though I already have a long list of films to see because of them, I just want to keep adding more to feel that joy of discovery.

Listen to the Pure Cinema Podcast wherever you get your podcasts and consider becoming a Patreon subscriber for even more wonderful bonus content.
Posted by Patrick Bromley at 5:00 AM