Picks to take you to the finish line of Junesploitation! 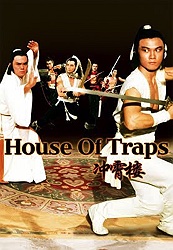 June 22: Kung Fu! - House of Traps (1982, dir. Chang Cheh) The original Saw! Ok, not really, but it is a kick-ass kung fu film about a group of soldiers tasked with recovering a precious antique from a building rigged with deadly booby traps. This has the amazing martial arts action of a Venom Mob movie and the bloody violence of a Chang Cheh joint. It's awesome. (Watch on Amazon Prime Video) 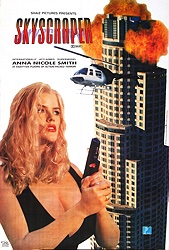 June 23: Free Space! - Skyscraper (1996, dir. Raymond Martino) Why not spend a Free Space day in the company of this Die Hard rip-off starring Anna Nicole Smith, who for sure learned her lines phonetically? '90s action doesn't get must more exploitative than this. (Watch free with ads on Tubi TV) 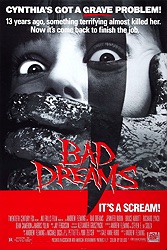 June 24: '80s Horror! - Bad Dreams (1988, dir. Andrew Fleming) This naked attempt at ripping off A Nightmare on Elm Street is way smarter and better than it probably should be, likely because it's written and directed by Andrew Fleming (Dick, The Craft). Jennifer Rubin is welcome in anything and here plays a survivor of a cult who is committed to an institution where memories -- and possibly more -- of her former cult leader (Richard Lynch) begin popping up. There are some truly memorable gags, one involving Dean Cameron's hand and one involving a giant fan and a ceiling full of blood. This is good '80s horror. (Watch on Shudder) 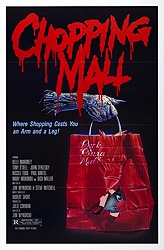 June 25: Robots! - Chopping Mall (1986, dir. Jim Wynorski) You can't go wrong with a movie originally titled Killbots. A group of teenagers spend the night in a mall and run afoul of some killer security robots -- the Killbots -- and must defend themselves to survive the night. Worth watching just because it stars both Kelli Maroney and Barbara Crampton, plus features one of the best exploding head gags in movie history. Is this Jim Wynorski's best movie? Discuss. (Watch on Amazon Prime Video)

June 26: Shot on Video! - I can't find any streaming picks for this category because Shudder no longer carries Black Devil Doll from Hell. I suggest looking at the list on our original primer piece and then trying to find one of those titles, most likely on YouTube. I won't link to any of them here for obvious reasons. 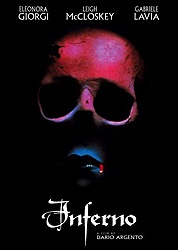 June 27: Italian Horror! - Inferno (1980, dir. Dario Argento) I still think this is probably Dario Argento's most underrated movie, one which has its fans but hasn't received the same attention as Suspiria, Deep Red, or Tenebrae. The middle installment in the "Three Mothers" trilogy doesn't make a ton of sense, but has stunning visuals, impressive set pieces, and a creepy vibe. What else could you want from Italian horror? (Watch on Shudder) 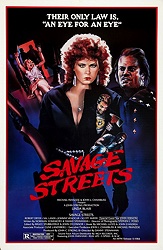 June 28: Revenge! - Savage Streets (1983, dir. Danny Steinmann) One of the sleaziest revenge movies ever made (because it's directed by Friday the 13th Part V's Danny Steinmann) and also one of my favorite. Linda Blair leads a gang taking revenge when her sister (Linnea Quigley) is attacked. It's a movie made by crazy people. (Watch free with ads on Tubi TV) 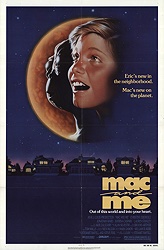 June 29: Free Space! - Mac and Me (1988, dir. Stewart Raffill) Seeing the R-rated "Gore Cut" of Stewart Raffill's Tammy and the T-Rex at Cinepocalypse this week has me in the mood to recommend his best-known film, the 1988 E.T. rip-off Mac and Me. It's not every movie that sends its main character over a cliff in a wheelchair. Maybe next year we can add a category called "McDonaldsploitation" just so everyone is forced to watch either this or Santa Claus: The Movie. (Watch free with ads on Vudu) 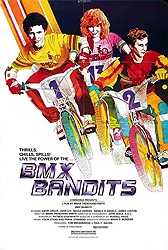 June 30: Teenagers! - BMX Bandits (1983, dir. Brian Trenchard Smith) Close out your Junesploitation with some Australian teens on bikes! Before she was Dr. Chase Meridian, Nicole Kidman was a frizzy-haired biker yukking it up across the Australian landscape, foiling bank robberies and popping wheelies. It's just the kind of brainless fun we need to cross the finish line. (Watch free with ads on Shout! Factory TV)
Posted by Patrick Bromley at 5:00 AM

Email ThisBlogThis!Share to TwitterShare to FacebookShare to Pinterest
Labels: bmx bandits, chopping mall, house of traps, i stream you stream, inferno, mac and me, savage streets