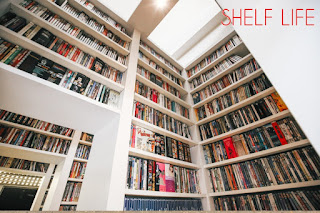 Patrick: Bue! We both ended up going with horror movies for our ‘D’ picks this week, but the two movies were not created equal. What was your choice?

Erika: It had been a couple weeks since I witnessed proper film use of black leather gloves, so the choice was easy: Dario Argento’s Deep Red. This is one of your favorite Argento films, and I’d been wanting to see it for a long time (I already knew and loved the music). I thought we might be cheating with this choice since its Italian title is Profondo Rosso, but you promised me it was ok since we were watching the English version. YOU BETTER NOT BE WRONG. “Shelf Life” has rules to be followed. (I’m a liar and so willing to break them.) 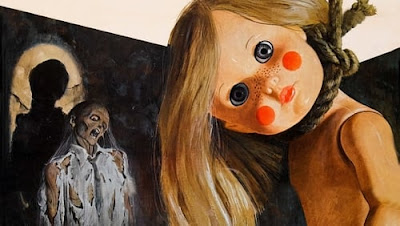 Patrick: It was tough deciding which version we should watch, because Deep Red has better pacing and a better opening, but Profondo Rosso (the longer Italian cut) has a bunch more of Daria Nicolodi, and she’s one of my favorite things about the movie. You commented that she was one of yours, too. Maybe we’ll circle back around to it when we hit P? J/K. We’ll never make it to P.

You’re right about this being one of my favorite Argento movies. I know it has a reputation for being slow in spots -- and, truth be told, some of David Hemmings’ investigations could be cut down a little -- but I love the high points so much that I’m willing to overlook any stumbles. What are the high points? Well, you mentioned the score, which is amazing. I mentioned Daria Nicolodi, who’s right out of a 1930s screwball comedy and registers better here than in anything else I’ve seen her in, which is proof she just didn’t get the right parts. The set pieces are incredible, especially the one with the puppet that had you doing the uneasy giggles. 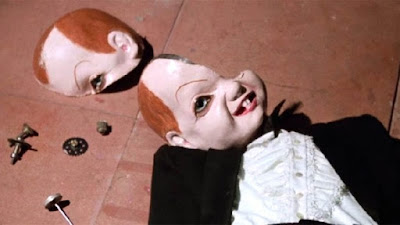 Erika: I love that you tolerate (and even love?) my uneasy (or way-too-easy) giggles. Giallo films bring them out quite a bit! Daria Nicolodi is everything you said. I have yet to dislike her in a film, and I’ve often wished she was on screen more (Tenebrae comes to mind), so I’m glad to hear we’ll be watching this again during our “P” shelves explorations.

I really didn’t think the film was slow!

Patrick: I know you’re referring to Profondo Rosso, but we really could watch Phenomena for “P” and get a totally different Daria Nicolodi. She never really repeated herself on screen.

I’m also glad you didn’t find the movie slow. I think it helps that we watched the shorter version. Deep Red is one of those Argento that’s always in the running for being one of my favorites, especially when I’m watching it. I still think it’s his most “adult” movie, and probably the best combination of narrative with technique he ever put on film. Well, this or Tenebrae, but you’ve already seen that one and professed you love for it.

My pick for “D” was far less enjoyable: Jess Franco’s Daughter of Dracula. It’s fitting that we paired it with Deep Red, because just as it took me several tries to finally fall in love with Italian horror (which is well-documented on this site), I have given Senor Franco several tries in the hopes that his work will finally click with me. He hasn’t yet. I find him to be interminably dull despite his near-constant use of nudity and violence, two things it’s hard to make as boring as Franco manages. This was, I believe, your first Jess Franco, right? What did you think? 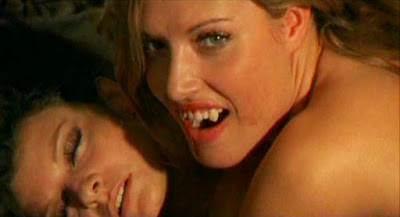 Erika: It was! I’ve heard you talk about Franco for years, and I’ve always thought it was kind of cute and funny that you, despite loving so many similar-in-genre-or-idea filmmakers, could not understand his appeal. You even have talked about how the nudity in Franco films is boring. This is our first fight, as I never find nudity boring. (But really I do see your point and wish I could save many of these female actors from having to participate in boring movie sex scenes.)

The story did intrigue me. The idea that this “curse” was passed down through the family and that (she) couldn’t really escape it, almost like she had no choice and couldn’t fight against her own wiring. But, as seems to be the case with Franco’s films (we have watched a few since watching this one, as Junesploitation forced us to pause on this column!), the story doesn’t feel very solid or developed. It just kept ending up with our two ladies in bed together. Speaking of those two ladies in bed together… after we watched the film on the Redemption Blu-ray, we watched some of the ‘covered up’ scenes as extras on the disc. Now they “make out” (if you can call it that) unnecessarily while fully-clothed instead of naked! Makes sense. Or not?

Patrick: I don’t remember the naked versions of those scenes being all that graphic, just long. To remove them is to remove the reason I feel like a lot of people would watch a movie like this, right? I know Jess Franco has his fans -- Tim Lucas (formerly of Video Watchdog) is a longtime defender -- but surely no one is watching Daughter of Dracula for the story. I’m not suggesting they’re watching only for the nudity or sex, either. I get that there’s a certain vibe these movies have and that some people enjoy falling under their particular spell. But I also feel like the softcore elements are a big part of Franco’s lasting appeal as well. Unless you think I’m way off base?

Erika: You are definitely not way off base. You are talking about me, Babe. I’ll be back with Franco for those soft core elements. (I do agree about the ‘vibe’ though -- I love the castles and beaches and aged look in many of these films.)

Patrick: I will say that at least the sex in Daughter of Dracula was nice and loving between two people, even if one of them was a vampire. We also watched Jess Franco’s Women in Cell Block 9 during Junesploitation and that movie is pure ugliness and rape. I’ll take a boring lesbian love scene over that shit any day.

Erika: Nice and loving is…always appreciated. I mean sometimes. Now before I turn this into “Shelf Life: After Dark” (do I threaten this in every column?), we should choose our “E” movies and start on the next piece. See you in our movie room later?

Patrick: I’ll be there, choosing something that starts with “Ernest.”
Posted by Patrick Bromley at 5:00 AM