We all stream what I stream. 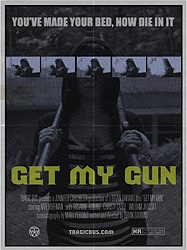 Get My Gun (2018, dir. Brian Darwas) I saw this as part of Cinepocalypse a couple years back and have been waiting for it to become widely available, mostly because I want Kate Hoffman to become a big star. She's so, so good in this story of a woman who becomes pregnant as the result of an assault and is pulled into some bloody revenge. Get My Gun is an exploitation film at heart, but done with more thoughtfulness and skill than sensationalism. I'm so excited people are going to finally see it now that it's on Shudder. (Watch on Shudder) 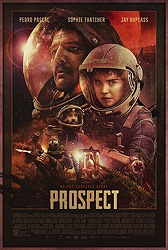 Prospect (2018, dir. Christopher Caldwell, Zeek Earl) Here's something that's all too rare these days: a smart, original, low-budget sci-fi film that doesn't talk down to its audience. Sophie Thatcher plays a young woman prospecting on a distant planet with her father when they encounter a fellow scavenger (Pedro Pascal, terrific here) who may pose more of a threat than the dangers of their environment. Prospect does a tremendous job of world building and seeming like a big movie with limited resources, carving out its own world with its own rules. Definitely worth checking out, if only because I suspect we're going to be hearing more from these filmmakers. (Watch on Hulu) 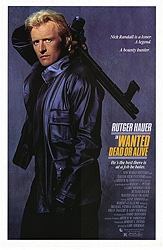 Wanted: Dead or Alive (1986, dir. Gary Sherman) Pay tribute to the late, great Rutger Hauer with this underrated action film, an adaptation of the late '50s TV series starring Steve McQueen. The great Gary Sherman (seriously, look at his filmography) updates the action from the old west to the 1980s, casting Gene Simmons as a terrorist and Hauer as the badass bounty hunter on his trail. This has one of the greatest bad guy send-offs in any movie ever. (Watch free with ads on TubiTV) 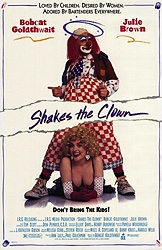 Shakes the Clown (1992, dir. Bobcat Goldthwait) I remember my dad driving us into downtown Chicago to go see this movie at Piper's Alley because it was billed as "the Citizen Kane alcoholic clown movies" in the advertising. I suppose that's an apt description. Tom Kenney (of Mr. Show) and a very young Adam Sandler co-star in a movie that's weird and demented but also serious about addiction, which shouldn't be a surprise considering the direction Bobcat Goldthwait's filmmaking career would go. He always makes interesting, if flawed, movies. That pretty much sums up Shakes the Clown. (Watch on Amazon Prime Video)
Posted by Patrick Bromley at 5:00 AM

Email ThisBlogThis!Share to TwitterShare to FacebookShare to Pinterest
Labels: bobcat goldthwait, gary sherman, get my gun, i stream you stream, prospect, rutger hauer, shakes the clown, wanted dead or alive