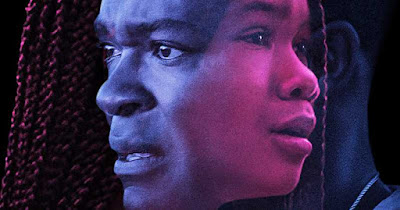 In which Peelespolitation begins in earnest.

Let’s get something out of the way before we begin: Don’t Let Go is a psychological thriller produced by Blumhouse (through its BH Tilt imprint) that stars a predominantly black cast. While writer/director Jacob Aaron Estes is not African-American, and Don’t Let Go is not about race or social justice, it is impossible not to feel Get Out’s shadow looming large over the movie. In fact, the preview screening I attended was presented by a local radio host whose introduction drew heavy parallels between Don’t Let Go and the work of Jordan Peele. The connection is intentional. It’s built into Don’t Let Go’s marketing. I’m reminded of Shudder’s excellent Horror Noir documentary, in which one of the talking heads remarks that he’s seeing more horror projects reworked in development to be “more black” in light of Get Out’s success. I bring this up because (though a movie’s racial profile should be neither here nor there) filmmaking is a business, and it’s hard for the cynical observer not to see Don’t Let Go as one of the earliest examples of “Peelesploitation.” Sadly, it falls short of the genre’s namesake in almost every way.

But we’ll come back to that. Let’s talk about the movie itself. Don’t Let Go is the story of Jack Radcliff (David Oyelowo), a Los Angeles police detective who spends most of his extracurricular time with his niece, Ashley (A Wrinkle in Time’s Storm Reid). Ashley’s a bright girl, full of energy and curiosity, but her parents (Brian Tyree Henry and Shinelle Azoroh) are less than model caretakers. Since Ashley is far too smart not to know that her father is involved in some unseemly activities, Jack keeps her company. He listens to her. He makes her feel special and helps her deal with her domestic circumstances. No one can be everywhere at once, though, and Jack is soon devastated to learn that his brother and his family (including Ashley) have been murdered in their home. But then, twist: Someone is calling Jack from Ashley’s phone. It’s Ashley. It’s the girl he recognizes, but still alive — somewhere in the past. After doing the math and tracing the evidence, Jack realizes that he has a chance to Right What Once Went Wrong, to save his niece and — just maybe — himself.

As good as it all might sound on paper, Don’t Let Go is little more than an overachieving Redbox thriller, one of the dullest, most listless, most mean-spirited entries in the time-traveling-rescue subgenre in recent memory. It’s the kind of story in which the audience is always three steps ahead of the characters, one that never bothers to engage with its supernatural plot mechanics or draw any deeper thematic meaning from its characters’ struggles. There are only so many times an audience can wait for a protagonist to nervously answer a ringing cell phone before we start to wonder why we’re even rooting for them in the first place. Nearly every supporting character is a stock archetype who telegraphs their importance from a mile away (One guy might as well have looked into the camera and said, “I’m here for the twist!”). What’s worse, the relatively tame thriller gets needlessly, graphically violent in the last act, as if we’d suddenly start caring about these characters if they were bleeding, screaming, or calling each other Motherfuckers. It’s all so tacky and sad. The shocks are predictable and cheap. And for those wondering: Yes, they shoot a dog. 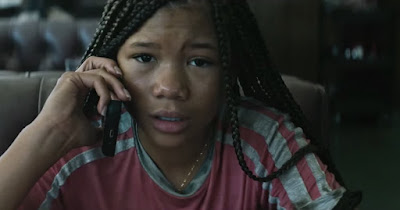 Still, almost everyone on screen is trying. Your heart will go out to David Oyelowo, a talented actor who spends most of his screen time brooding, crying, or begging. I lost track of how many different ways he was able to convey incredulity, but it was impressive. Byron Mann (playing Jack’s partner, Roger) gets well enough into the spirit of things, delivering a Best Friend Who May or May Not Be the Actual Bad Guy performance that might have been revelatory had his character been even the slightest bit defined. Storm Reid is a highlight; the sixteen-year-old actress comes spectacularly close to nailing pages and pages of wry, sardonic dialogue clearly written by a forty-year-old man, and she’s sure to develop into a gifted star once she’s given quality material to work with. The only real sleepwalker is poor Alfred Molina, whose very presence in the movie feels like it should be a spoiler. But it isn’t. I’m serious. His character goes nowhere. “It’s called a red herring,” a screenwriter would argue. “It’s called bullshit,” I would yell back, waving a copy of Stephen King’s On Writing. It’s not fair to compare Don’t Let Go to Get Out or Us. It’s not right. It’s gross. There are absolutely zero thematic connections outside the superficial, and I feel disgusting even talking about it. But had Blumhouse not so clearly evoked the latter movies in its marketing campaign, we might not be making those comparisons. We might just be happy to see different kinds of faces in mainstream movies that aren’t all about how different those faces are. We might be able to write off Don’t Let Go as a misfire without getting nervous that its failure will sabotage the pursuit of a Greater Good. We might be able to have constructive conversations about Hollywood’s tendency to learn the wrong lessons from the success of movies like Get Out. Like The Dark Knight before it, we’re risking a scenario in which a hit movie’s tangible details (“What if a superhero movie was dark and serious?!” or “What if a thoughtful horror movie starred black people?”) take precedence over the creative ingenuity necessary for telling a truly great story. Sadly, the best we can hope for Don’t Let Go is that it doesn’t take anyone else down with it.
Posted by Patrick Bromley at 5:00 AM