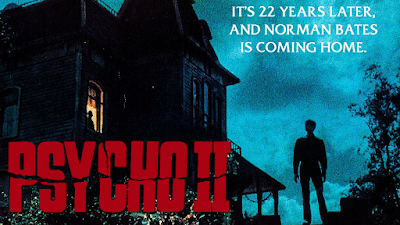 There shouldn't have been a sequel to Psycho.

It is a perfect, untouchable classic—one of the most brilliant (if not the most brilliant) horror/suspense movies ever made, with flawless direction, an iconic score, a clever, twisty script and a brilliant performance by Anthony Perkins. Making a sequel to Psycho is like trying to make a sequel to Citizen Kane. It should be left alone. Right?

And yet in 1983, Universal did exactly that: they sequelized Psycho with the release of Psycho II. The movie should not exist. What's more, it shouldn't be this good. It shouldn't be a movie I love. 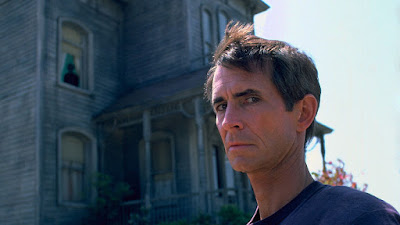 There is a very short list of sequels that shouldn't exist but manage to be good: Blade Runner 2049, Creed, The Color of Money, hopefully the upcoming Doctor Sleep. Psycho II belongs at the top of that list.

Yes, Psycho II is very, very good -- one of the most underrated horror sequels of all time and one of the genre's best surprises in the '80s. If you're willing to overlook the ways that the movie retcons some of events of the first film (which, I'll admit, is a tough pill to swallow), the way it handles some of the characters that carry over, and a more graphic level of violence -- it was the '80s, after all -- there is a ton to like in the sequel. Screenwriter Tom Holland avoids the temptation to re-create the shocks of Hitchcock's original, opting instead to turn the follow-up into an intimate character study of Norman Bates' constant struggle with madness.

Perkins reprises his role as Norman, released from a mental institution 22 years after the events of the first film. He's taken back to live in the family home next to the Bates Motel, now under new management and turned into a sleazy place for hookups. Norman gets a job as a short order cook, where he meets down-on-her luck waitress Mary Samuels (Meg Tilly), who he invites to come live at his house. Try as he might to stay on the up and up, Norman begins hearing voices again. He starts seeing things. He can't be sure if he's going back to his old ways and doing things he doesn't remember doing. To make matters worse, bodies once again start piling up around the Bates Motel. His psychiatrist (Robert Loggia) tries to help, but that good work is all but undone by the protestations of Lila Loomis (Vera Miles), the returning sister of Norman's most shower victim Marion Crane. Is Norman Bates back to running the family business? The real family business? 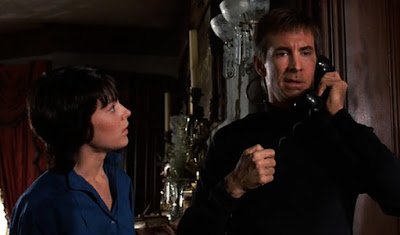 Even more so than with the first movie, it is Anthony Perkins' performance as the tortured Norman Bates that anchors Psycho II (mostly because it doesn't have Hitchcock; Richard Franklin does a great job in the director's chair, but he's still not Hitchcock). Watching him do his best to maintain his sanity, questioning what is real, facing temptation to return to his old ways -- it's all heartbreaking. Norman Bates the crazy person, Norman Bates the murderer has become a completely sympathetic character in the second film, particularly as the plot twists start happening and the long game is revealed. Unlike the majority of '80s horror movies in which we cheered and rooted on as Jason Voorhees and Freddy Krueger picked off teen after teen, we don't want Norman Bates to go back to his old ways. We want him to stay on the straight and narrow. Perkins' performance is so good that we feel like he's earned it. The man has been through hell his entire life. Let him have his cheese sandwiches in peace.

Sure, Psycho II retains much of the shock value of the first film (not as much, because how could it?), and even adds a bit of '80s gore and nudity for good measure. But it's also a sensitive character study, and the relationship between Perkins and Meg Tilly (who is very good, especially upon repeat viewings) is alternately gentle and haunting. That's what makes it one of the better horror offerings of the '80s, particularly as far as sequels are concerned: it mixes the conventions of the genre in that decade with genuine thoughtful emotion and moving performances. It's a movie that gets us to care deeply and invest in its protagonist but still offers a couple of graphic murders. And if you can overlook some of the continuity gymnastics the movie asks you to accept, it has one hell of a finale. The movie is worth seeing just for that. 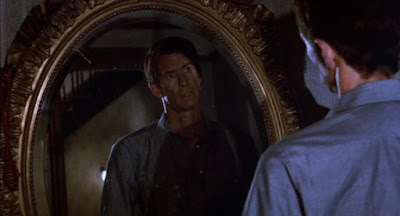 Because Psycho II worked, Universal decided to turn it into a franchise. So since the release of the Psycho sequel that had no business existing in the first place, audiences have been treated (sorry, "treated") to one more theatrical sequel, a made-for-cable prequel, a made-for-TV spinoff film, a shot-for-shot (almost) remake and a prequel series, Bates Motel. If you've been avoiding Psycho II because you can't imagine how anyone could make a sequel to Psycho, I can't really blame you. That's how I would feel if I had never seen the movie. You can continue to skip it, as long as you know that you're missing out on a movie I love.