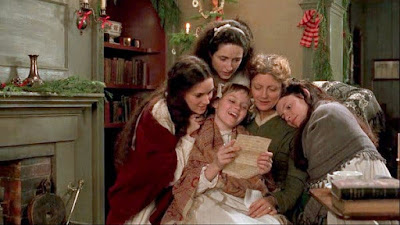 Sometimes the perfect movie finds you exactly when you need it.

Little Women (1994, dir. Gillian Armstrong) had been on my internal watchlist since its release 25 years ago. Some of the interest came from Siskel & Ebert’s rave review of the film, some of it from a general Winona Ryder fandom of mine, and some of it from how inviting the film’s poster is in a Hallmark type of way. I mean, look at it. It evokes warmth and the holidays in such an appealing fashion (that font!). It’s one of my favorite movie posters. I’m not sure why it took me such a long time to finally see Little Women (this was the first adaptation of the story that I’ve seen and I haven’t read the book), but I’m glad Netflix removed it from their service on November 1st because without that I wouldn’t have felt the urgency to watch it on Halloween night this year. 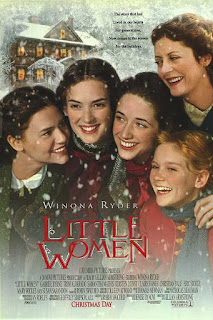 As some of my friends (Rob, Patrick, and Mike included) can attest, I was in a rotten mood on Halloween. I was tired. I was frustrated. I was depressed. I wanted to lay in bed and hide from the world. This year’s been difficult for me personally. I’ve been on autopilot and in a rut for a while. Every year of my life feels the same. Nothing is changing and I have become aware of it to the point where I can’t ignore this feeling that I’ve been burying for several years. More pointedly, I’m not interested in my future currently and I’m paralyzed by indecision. All of this was on my mind this past Halloween, making watching a horror movie the last thing I wanted to do. I needed a dessert of a movie, something pleasant that I could kind of ignore. That, and it leaving Netflix, made Little Women my selection for the evening. It ended up knocking me on my ass. At first, Little Women provided the pleasures I assumed. The production design, costumes, and score were florid and inviting and I was enjoying the distraction from my own dissatisfaction to adopt the ones of the March family for two hours. Then, about an hour in, there was a scene where Laurie (Christian Bale) proposes marriage to the love of his life Jo (Winona Ryder); she rejects him, and he’s sent into a tailspin because his image of the life he wants to live is no longer a possibility. “I’ve been there!” I thought to myself. And I identified with Laurie even if I still liked Jo more than him as a character. Then about 10 minutes later there was another scene that floored me. In it, Jo is venting to her mother, Marmee (Susan Sarandon), when she says:

Jo: “I love our home, but I’m just so fitful and I can’t stand being here! I’m sorry, I’m sorry Marmee. There’s just something really wrong with me. I want to change, but I – I can’t.” 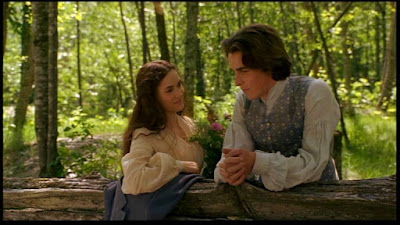 This is the precise moment I knew this was the perfect movie for me to be watching that night, as if the movie gods guided me directly to Little Women. I feel so much like Jo right now and it was made even more jarring because I was feeling like Laurie just a few minutes prior. The thing is, I used to be Laurie, rudderless and in pain. But my heartbreak personally is long in the past and the sadness I have now is more like Jo’s. I have a feeling in my gut that there’s more to my life than what I’ve been living, but I’m afraid to leave the safety and comfort I’ve created for myself over time. I’ve spent fifteen years of my adult life building a wall that I’ve come to resent. I want to change, but I can’t.

If Little Women ended with this scene, I would love it simply because now the movie feels like a friend. It’s not reassuring me that everything will one day work itself out and be ok, but it’s saying that I’m not alone in these feelings and that I’m understood. The scene concludes with Marmee telling Jo to embrace her liberty and set off into the world, which she does despite initially feeling more unease than exuberance. Jo lives in a boarding house after her move from Concord, Massachusetts to New York City. There she is around people more like her peers, one of whom says to her after a spirited debate “You should have been a lawyer, Miss March.” Jo replies, “I should have been a great many things, Mr. Mayer.” I hear ya, sister.

Jo sticks it out in New York, writing impersonal stories, making money, etc. During this time, she meets an older professor named Friedrich (Gabriel Byrne) who inspires her and with whom she later falls in love. Friedrich pushes Jo into writing from her heart and her experience and to embrace the life she came from as much as the one she’s pursuing. The movie wraps up with Jo returning home to Concord. Her sister, Beth, (Claire Danes) is dying. Another sister, Amy (Samantha Mathis), is marrying Laurie and Jo is inheriting her rich aunt’s (Mary Wickes) estate. Friedrich follows her from New York, asks if she’ll have him and Jo (knowing he’s her soulmate) happily accepts while Friedrich agrees to teach at Jo’s new home which she intends to convert into a school. As Jo so eloquently puts it in the film’s final moment, her hands are no longer empty. She’s reconciled her push-pull relationship with where she grew up, she went into the world, began making a mark, found a new passion in writing & teaching and met a man who’s a true partner to share her life with. 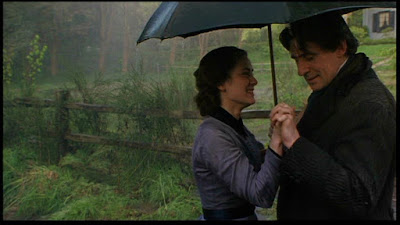 The comparisons are obviously not one-to-one for me with Jo March. What I will say is Jo is my new cinematic superhero. She was just as scared as I am right now, but she went out into the world and found her happiness. Little Women (1994) is my wish fulfillment. I don’t know what I want, but I’m working figuring that part of my life out. I’m filling in the backup plan I never made for myself after being hurt like Laurie was by Jo. I have the liberty that Marmee described. I just need to take that first step once the risk is calculated and not blind. At its most noble, art is meant to inspire. Little Women did just that for me. Jo was tired of being the B-story to her own life, so she built an A-story, one of her own creation. I’m thankful to this film, this character, and to Winona Ryder’s phenomenal performance for providing the spark that one day my impossible can become possible. Jo March finally embraced the messiness of life, gave to the world, and the world gave back to her a future that’s better than she could have ever predicted. I’m so glad I finally watched this movie.
Posted by Patrick Bromley at 12:00 PM