Hey there F This Movie! readers. If you’ve been a fan of the site for a while, you probably know me -- Adam Thas. However I’m going to introduce you to my wife Alison. My wife loves Christmas movies….. like, LOVES them. And not the movies you’re thinking of. Sure, she likes the big name ones, but like a daredevil searching for the next rush, she has gone past that world to the “movies that shall not be named.” The ones you only find on streaming services and cable. She loves them and watches them on a steady stream from the Friday after Thanksgiving all the way through Christmas. Most of the time I walk into the room and abruptly walk out whenever they’re on, but this year I tried something different. This year I decided to give it a chance, full-on trust falling into my wife’s arms and letting her take me into the fantastic world of Christmas movies.

Part 1: Holiday in the Wild 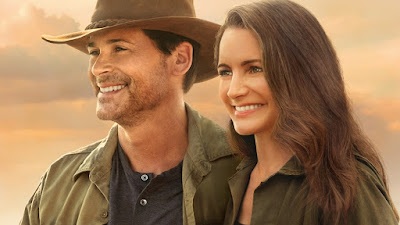 Alison: This holiday season, I’ve taken on the task of trying to convince Adam that the holiday movies are more than just something to roll your eyes at. Holiday in the Wild seemed like the perfect movie to begin with. First of all, it doesn’t have your typical (yet perfect) setting of a small village on some remote, snowy mountainside. An elephant sanctuary seemed to provide the right amount of exotic location plus material for some romantic and dramatic scenes. The actors also seemed promising. Who wouldn’t want to watch Kristin Davis reprise her role as an upscale New Yorker?! And Rob Lowe as a rugged yet dashing pilot? The movie seemed to be writing itself!

While clunky transitions and exposition dumps are to be expected in holiday movies (they have to have time for all the holiday gift wrapping montages!), this movie was so oddly paced and jarring that I couldn’t look past the ridiculousness of it all. Kristin Davis throws herself into volunteering at the sanctuary for over a year for seemingly no reason? The manager of the elephant sanctuary puts all his faith in Kate despite seeing zero credentials confirming her ability to work with animals? Kate finding herself called back to the sanctuary while gazing at an elephant poster as she writes a prescription for a dog suffering from depression? Where is Christmas in any of this? 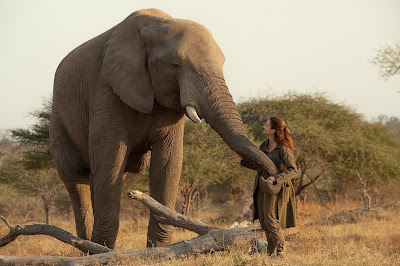 Adam and I got some good laughs from the movie but overall, the film did not capture the warmth and coziness of a good holiday movie. Christmas, in fact, didn’t really factor into the plot at all. While most Christmas movies have an unbelievable amount of fortuitous events, they are almost always excusable or at least I can look past them since the sum of the movie ends up greater than its parts. I might even argue that these ridiculously coincidental events are part of the charm of Christmas movies. Instead of becoming more and more charmed, I found myself angrily amused as one unbelievable event occurred after another in Holiday in the Wild. I was left confused as to why Netflix would even brand this as a holiday movie.

Adam: We are not even 10 minutes into this movie and I am already regretting agreeing to this. I’m regretting it so much that I’m regretting all my life choices that brought me to this point -- purchasing Netflix, owning a television, waking up this morning...the list goes on. The movie starts out innocently enough, with Kate (Kristin Davis) taking a family photo with her husband in her gigantic New York apartment. She then proceeds to have the worst four minutes of her life. Over this short period, Kate’s son leaves for college, she surprises her husband with a trip to Africa for Christmas, to which he responds that he’s divorcing her. Slow clap here, folks. They manage to set up the entire plot of the movie in under four minutes. Kate now goes to Africa on her own and meets up with Derek (Rob Lowe), a bush pilot and manager of an elephant sanctuary. Oh, and did I mention Kate is a veterinarian? Yeah, if I waited a while to mention that it’s because the movie does, too. 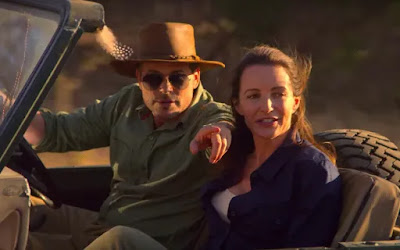 I’ll stop spoiling it because I’m sure you all have this on your “Christmas Break Watch List.” Holiday in the Wild is very not good. Right away I start questioning how it even got made. It’s not a terrible story, but it’s a terrible script. It’s very apparent that in this streaming service monolith we have built, content is king and all it took was having a movie with two well known actors sign on and it was likely to get made. The main problem that Holiday in the Wild has is its two stars. Independently. I’ve enjoyed things that both Rob Lowe and Kristin Davis have done, but it is very clear that Rob Lowe does not want to be there. I’ll tip my cap to Kristin Davis because she’s trying her damnedest to give a performance opposite a guy either hates her, hates Africa, hates elephants, or some combination of the three. There is little to no chemistry between the two of them and this movie desperately needs them to work in order for the movie to work.

Probably my favorite moment of the entire experience is when my wife finally snapped. She wanted this movie to be good and she was so excited to watch it with me that I sat their quietly through the endless string of musical montages and terrible yellow filter over everything not saying a word, and then Alison snapped. I’m sure all of you have been in that position where you don’t want to hurt someone’s feelings, but then it may be a joke or a sigh but something opens the flood gates and you realize you’re on the same page. I honestly didn’t know Alison was capable of such venom, but she was fully entrenched in “this movie sucks” with easily 40 minutes left. This first adventure into Christmas Movies with Holiday in the Wild started off awful but in the end was fun because of who I was watching it with, sitting under a blanket with my wife, drinking hot cocoa and asking ourselves “What the hell does this to do with Christmas?” It wound up being a really solid 85 minutes. Well, 40 minutes of it at least.
Posted by Patrick Bromley at 12:00 PM