How Not to Watch CATS This Week 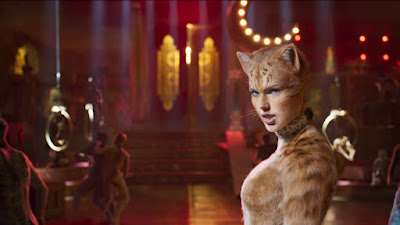 Look, let’s get this right out of the way. Cats is not good. It just isn’t. There are so many weird choices that were made, and the film definitely suffered for it. My husband and I just came out of a Sunday afternoon screening at one of the Alamo Drafthouse locations in Austin, TX, and the crowd we saw it with was one of the most disrespectful audiences I’ve ever had the displeasure of spending two hours in the dark with watching a movie. It was truly ugly.

The people in the crowd were there to laugh at it, straight up. In what is only its third day of release, people are treating this movie like it’s The Room. Over the last two weeks (and really, since the trailer came out), Twitter has been full of people discussing the movie. The general consensus is the movie is weird, confusing, and not very good. All things I can now agree with, but for some reason, there’s a faction of people who have decided that this means they should go to a screening of the movie specifically to laugh at it.

If you’re unfamiliar with the Alamo Drafthouse theatre chain, they have a “strict” policy of no talking or texting. If you’re doing it, they are supposed to give you a warning; if you continue to do it, they will eject you from the theatre without a refund. I frequent the Drafthouse specifically for this reason. I had a terrible experience once at the Arclight in Los Angeles (which is supposed to be another place where disruptions aren’t allowed) that I wrote about in 2017 in an essay called “Why I Stopped Going to the Movies.” I was so happy to have a Drafthouse open near me (albeit 90 minutes away) because it meant I could start going to the movies again. Movies have been special to me since I was a kid. The chain was like a safe space for me because I knew I wouldn’t have to deal with people talking and texting. Or so I thought. 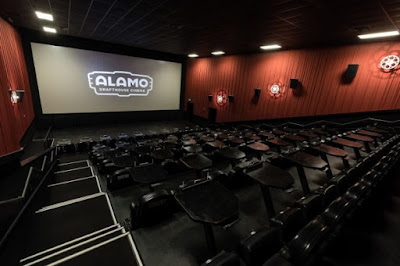 Flash forward to the present. Over the past few months, I’ve noticed that even crowds at the Drafthouse here in Austin are starting to test their "no disruptions" policy. Today, not only was the crowd disruptive, but someone brought two small children to the screening. The policy for the theatre is no one under 6 admitted unless it’s a kid’s movie or an Alamo for All. The children were mainly quiet but did start getting restless and making noise during the last 30 minutes of the film. I mean, I get it, I was too, but why were they even allowed in? I was at a Terror Tuesday screening recently that was showing a movie that had never been screened before. There was a row of people directly behind me that were talking loudly. I put up a card and complained. Apparently, several of us did but the talking continued. Finally, after I received my tab, I just got up and walked out. It turns out the people talking were the director of the film and some of the crew. I was told after the fact that staff pleaded with the director to be quiet but clearly he didn’t care because he and his friends never stopped. I understand the Drafthouse felt they couldn’t kick out their own guest who was doing a Q&A after the film, but if a director isn’t respectful of his own movie and the audience watching it, why should the audience act any differently?

I didn’t raise a card and complain today and I’ll tell you why. One, the crowd wasn’t talking or texting. They were laughing. Loudly and nearly continuously for the entire run time. While I think this does constitute a disruption, what was going to happen when I did complain? The offenders will just claim they are having natural reactions to the film and therefore are in the right. My husband and I were in the minority in that theatre and I can pretty much guarantee the people laughing would think we were the ones who had the problem, not them. Just this weekend, a guy in Canada snapped while trying to watch The Rise of Skywalker. There’s footage of him yelling at the audience telling them to shut off their phones. The news story I saw about it treated the guy who was upset about phones in the theatre as a villain. The guy who had his phone out was somehow the hero. What the fuck? Yes, the guy who snapped handled the situation poorly, but he was not in the wrong for thinking people should stay the hell off their phones. The rabid crowd in that theatre was shouting at the guy in unison. It was like they were only a few tense moments away from beating the guy to death with their phones.

The pre-show shown by the Drafthouse included a segment from one of the guys from Master Pancake. If you’re unfamiliar, it’s like MST3K. They make fun of the movie live. I felt this segment of the pre-show was part of the problem with our screening because it gave permission to the audience before the movie even started that they could and maybe should make fun of it. That might not have been in the intent of the piece, but I feel that attitude by the audience was certainly a consequence of it.

There are specific screenings of Cats being held by the Drafthouse called “Rowdy Screenings.” There, the audience can react and laugh to their heart's content. Why didn’t the people today opt to attend one of those showings? My only guess would be that they felt they didn’t have to. And while we’re on the subject of those Rowdy Screenings, this seems like the Drafthouse is tempting fate. By having these special screenings, some audience members might take that as a signal they can act that way at all Drafthouse screenings. Time will tell, but opening that particular Pandora’s Box is just asking for trouble. I get why they did it and I believe their intention was good, but some of their customers might see it as a license to disrupt anytime.

The attitude of this particular brand of people is totally one of entitlement: “I bought a ticket and I can do whatever I want.” I’ve heard that exact phrase many times when having the “Should phones be allowed during movie screenings” conversation. Remember that infamous voice mail call someone left for the Drafthouse after being kicked out of a screening? That message is one echoed by those who feel that by buying a ticket gives them license to behave however they see fit. They care not one iota for anyone else’s experience. I wonder if this same thing, people laughing throughout the entire film, is happening at other Cats screenings around the country. Maybe it’s just an Austin thing — some people feel they are above movies and so laughing at them is an appropriate reaction.

Again, Cats isn’t good. I’m not here to defend the movie, like, at all. This movie has been out for three days. That’s 72 hours. You going to the movie and laughing at it opening weekend does not a cult classic make. It’s not a midnight movie. It’s not The Room. It’s not The Rocky Horror Picture Show. It might become that, sure, but it isn’t that right now. Was the CGI odd looking? Yes, in the way that the de-aging was off-putting in The Irishman, it was that way for about the first 10 minutes or so. It wasn’t odd enough to continuously laugh at it for two hours. Was it weird watching people make cat movements? Yeah, a little but, again, it wasn’t so weird that you had to laugh at it every single time a cat did that. 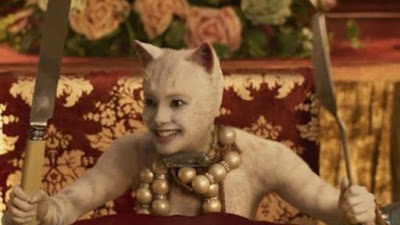 Really, you didn’t. I know that group thought I (and the other few people who were upset) was in the wrong -- that I was the problem, not them. I’m not opposed to audience reactions during a film. Sometimes that is part of the fun. But I will never understand the people who get a group of 10 together, buy tickets to a movie with the sole intent of making fun of it, and do it to the detriment of all the other patrons there who paid to see the movie at this specific chain precisely because the place is supposed to be disruption free. Whether they don’t even think about if their behavior might ruin the experience for others or they know it will ruin it and just don’t care, it’s a sad state of affairs at the movies these days. The fact is, many of these people think that those of us who would like a distraction/disruption free movie experience are the problem. We should just “get over it” or “lighten up.” We’re told “why didn’t you just leave?” and “you’re overreacting.” But we shouldn’t have to leave a screening, especially not one at a Drafthouse. There are plenty of theatre chains in Austin that don’t enforce their no talking/no texting policies, so why that group of people would pick a place that prides itself on being disruption free viewing is beyond me.

Sadly, I don’t have much hope going forward that those kinds of people are not going to be the norm in regard to seeing a movie in a theatre. I haven’t given up going to the movies completely. Yet.
Posted by Patrick Bromley at 12:00 PM